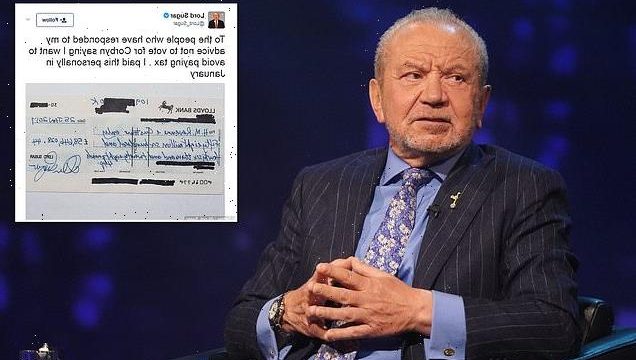 Alan Sugar is so proud of his wealth that he once shared a photo of a cheque he had written to the taxman for a staggering £58.6 million.

So Chancellor of the Exchequer Rishi Sunak can look forward to a major boost to the coffers.

For I can reveal that The Apprentice star paid himself an astonishing £390 million last year — equivalent to more than £1 million per day. It’s one of the biggest pay cheques ever handed to a British boss.

‘Sugar certainly doesn’t seem to have suffered much during the pandemic,’ a business source tells me. ‘His move into property has paid off, big time.’ 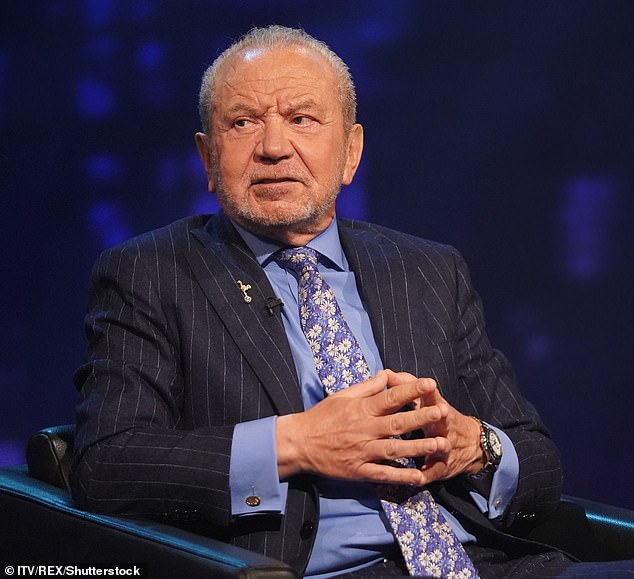 The payout is disclosed as a dividend in accounts filed last week for his holding company, Amshold Ltd (AMS are his initials: Alan Michael Sugar). The dividend is not based on the company’s performance over the past year, but on previous successes.

Winners of his hit BBC show receive an investment sum of £250,000, so Lord Sugar has been paid enough to cover more than 1,500 series of the show. Amshold’s principal activities are described as ‘property trading and investment’ as well as ‘the provision of management services’.

A note in the accounts also mentions ‘media activities’.

It returned a £47 million pre-tax profit on turnover of £79 million in the year to last June. The group held £271 million worth of investment property at the date the accounts were filed.

Amshold is reported as being ‘wholly owned by Lord Sugar’, while his sons, Simon and Daniel, are directors. 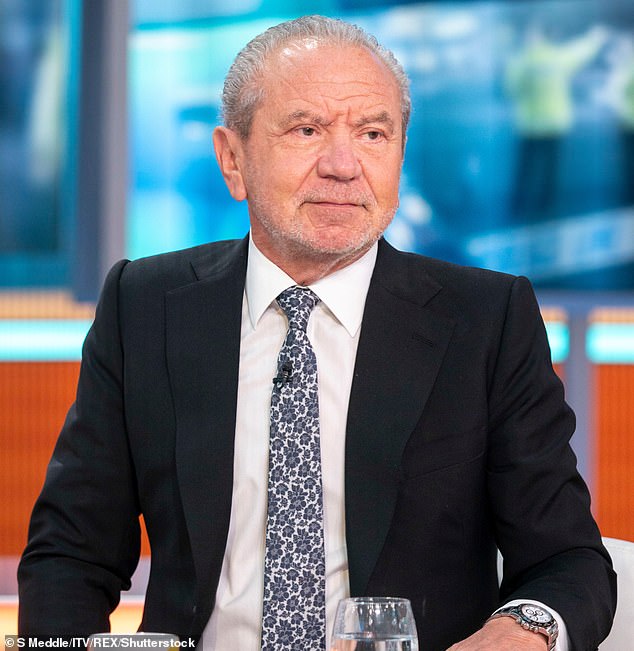 His wife, Ann, was a director from incorporation until May last year, when her half-share in the business was transferred to her husband.

It was reported that 26 staff were employed, comprising five directors and 21 administrative staff.

Total staff costs were recorded as £2.6 million, of which £502,000 went to the highest-paid director. That’s likely to be Lord Sugar, meaning his total remuneration would be £390.5 million.

The dividend makes Lord Sugar one of the world’s best-paid bosses. Denise Coates, joint chief executive of online gambling firm Bet365, hit the headlines last year when she became the highest-paid woman in the world. She received £469 million in salary and dividends.

It seems unlikely that anyone will tell Lord Sugar in the near future: ‘You’re fired!’