Aaron Carter and his ex-girlfriend, Melanie Martin, recently went through a nasty split that involved the police being called and Martin going to jail. She was arrested on Sunday, March 29 on a felony domestic violence charge. Since the split, Carter has posted some images of himself out and about and fans are here for it. 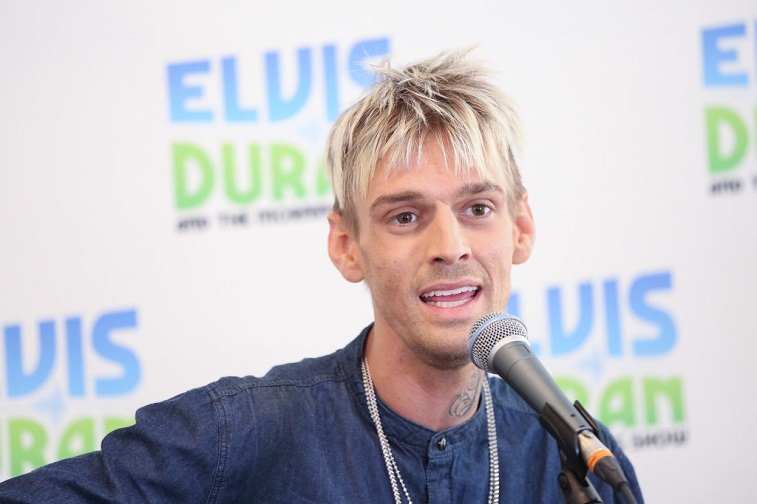 The police were called to Carter’s Los Angeles home on March 29. TMZ reports that the situation occurred at about 11 p.m. The L.A. County Sheriff’s Department was called after a verbal altercation got physical. Police told the outlet that Carter had marks on his body. Martin was determined to be the aggressor. Carter shared images with TMZ of the marks and he says she scratched him. Police confirmed the marks to the outlet. Martin was being held on a $50,000 bond before she posted bail and was subsequently released.

The pair broke up after thesituation went down and Carter took to Twitter to comment on the situation. He tookthe time to share the TMZ story with his fans on his Twitter page. He also addeda comment: “So sad, ;( I hope she gets the help she needs. no one deservesdomestic abuse female OR MALE #DomesticAbuse #Cheater she literally chocked meout…. I’m devastated.”

Carter goes out with his all-terrain vehicle after the split

It’s now common knowledge that Carter and Martin are brokenup. Carter recently posted an image of himself out and about with hisall-terrain vehicle. He looks like he’s enjoying the sunshine while practicingsocial distancing.

Fans seem to be glad that Carter is getting out and trying to do things, within reason during this time, of course. A number of fans commented on the fact that he looks “healthy” and “happy,” which they’re glad to see.

“Love seeing you happy and healthy 💕 been a fan since the 90s, and I wish you nothing but happiness ❤️,” a fan commented on Instagram.

Other fans seem to agree and they love what they’re seeing. “Youlook so good and healthy,” someone else said.

“Great pic Aaron I love that you look so healthy and happy,”another fan commented.

Someone else commented on Carter’s “glow” he seems to haveat the time the image was taken. “Such a vibrant glow you’re emanating,” thefan said.

People seem to like what they’re seeing in Carter’s latest post. “Backon track I see looks good on you,” another fan wrote.

Nature can be calming for a lot of people, especially during thistime of social distancing. “Being in nature frees the mind,” a fan mentioned.

Aaron Carter is doing just fine since the split with Melanie Martin and fans seem to be giving off a lot of positive vibes.

With more flood coming from upstream, pre-depletion taken up in SRSP