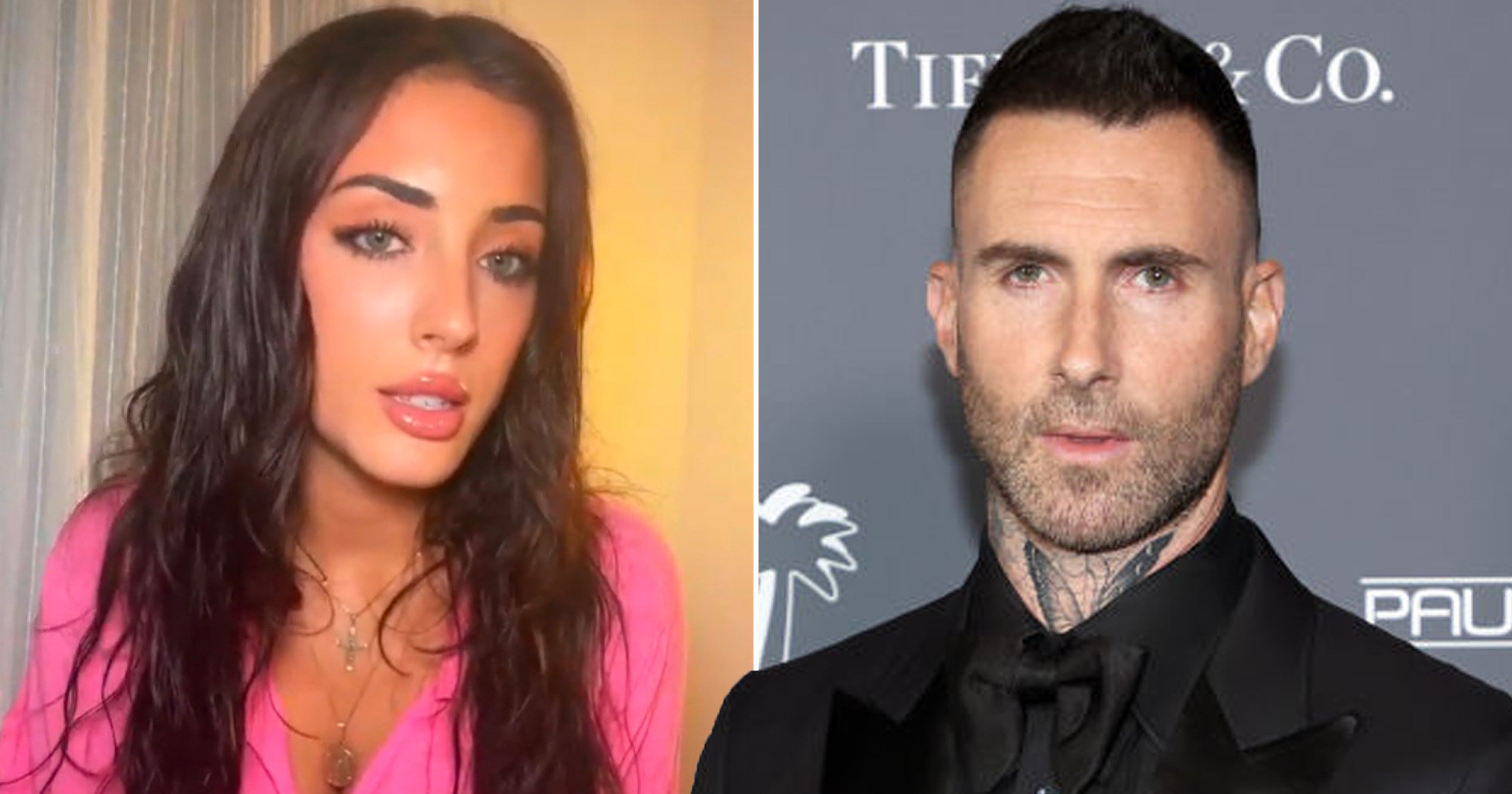 Maroon 5 star Adam Levine has been accused of having a ‘year-long affair’ with an Instagram model and even allegedly asking if he could name his baby after her.

The singer, 43, is married to Victoria’s Secret model Behati Prinsloo, 34, who is currently pregnant with their third child.

Model Sumner Stroh took to TikTok to make the accusations against the musician.

‘Essentially, I was having an affair with a man who is married to a Victoria’s Secret supermodel,’ she said, before naming Levine.

‘At the time, I was young and naïve. And I mean, quite frankly, I feel exploited. I wasn’t in the scene like I am now, so I was definitely very easily manipulated’.

Stroh referred to an Instagram DM, purportedly sent from Levine to her, reading: ‘It is unreal how f***ing hot you are. Like it blows my mind.’

embarrassed I was involved w a man with this utter lack of remorse and respect. #greenscreen

She said she stopped talking to him for a period of a few months, before he reached back out via DM, allegedly asking her: ‘Ok serious question. I’m having another baby and if it’s [a] boy I really wanna name it Sumner. You ok with that? DEAD serious.’

Stroh added that she did not want to speak about the situation publicly, but that a ‘friend’ had threatened to take the story public.

She captioned her video: ‘Embarrassed I was involved w a man with this utter lack of remorse and respect.’

While Stroh did not confirm the timeline of the alleged events, her screenshots of Levine’s final message to her appeared to be on June 1.

Levine and Prinsloo have been married since 2014.

People reportedly confirmed the news that they’re expecting their third child earlier this year, with Prinsloo also debuting her baby bump on Instagram this week.

They already share their kids Dusty, four, and Gio, five.

Levine has not commented on the allegations.

Prinsloo previously opened up about how she met her husband, saying that they emailed each other after he was looking for a model for a music video.

‘Adam was looking for a girl for a music video that could do some action stuff, and our friend was like, “You should meet Behati because she’s a total tomboy and down for anything,”‘ she said.

She added: ‘We kept emailing each other. It was such a natural correspondence that we kind of fell in love over email.’

Metro.co.uk has contacted reps for Adam Levine for comment.