American Airlines passengers traveling from L.A. to Dallas probably thought they were about to witness to a mile-high encounter, that sounded downright orgasmic! 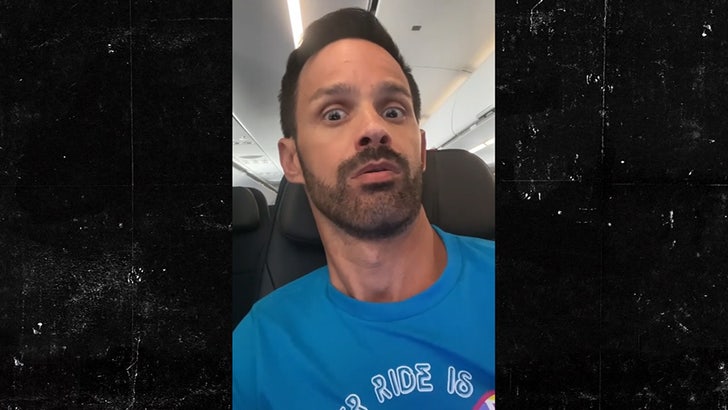 Passengers on the Sept. 6 flight heard what one passenger described as “somewhere between an orgasm and vomiting.”

Check out the video and listen … it’s coming from the P.A. system, and it sounds like some dude is about to become a member of the not-so-exclusive club!

It was a source of confusion to the flight crew … apparently, one flight attendant thought someone was pulling a prank, but it turned out to be a weird malfunction in the P.A. that sounded like a man’s moans.

An AA rep told KTLA “Our maintenance team thoroughly inspected the aircraft and the PA system and determined the sounds were caused by a mechanical issue with the PA amplifier, which raises the volume of the PA system when the engines are running.”

You’re now free to move about the cabin.