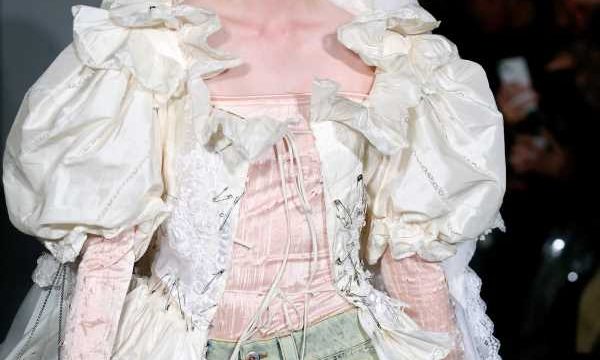 Fashion is a zany art that often defies logic. Or comprehension.

Some of it is thought-provoking. A lot is just plain weird.

While Milan Fashion Week scored high on street-style, there were some looks you might unravel better than us! 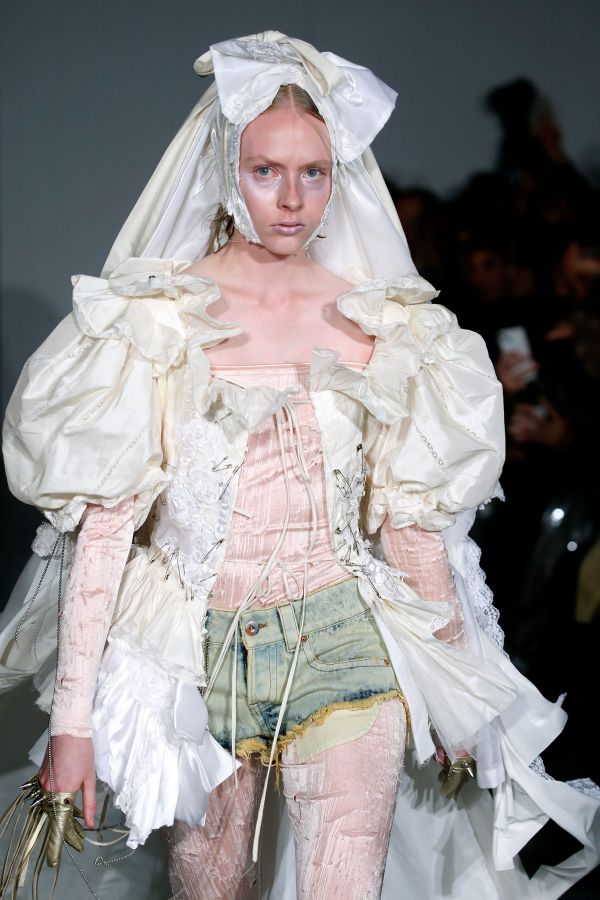 From the French Revolution era? A stern Madame Defarge gaze pasted on her face, waist up her costume looked like what the fierce Charles Dickens character could have worn while knitting beside the guillotine.

The model at Milan raced across the ramp, barely allowing audiences a glimpse of her Vaquera’s Patric DiCaprio and Bryn Taubensee whackattire.

A closer look revealed a ripped wedding dress held together with safety pins, worn with a bodysuit and shredded hot pants.

For some this was about trashing society’s set standards about modesty. For others, it was about redefining the modern bride. 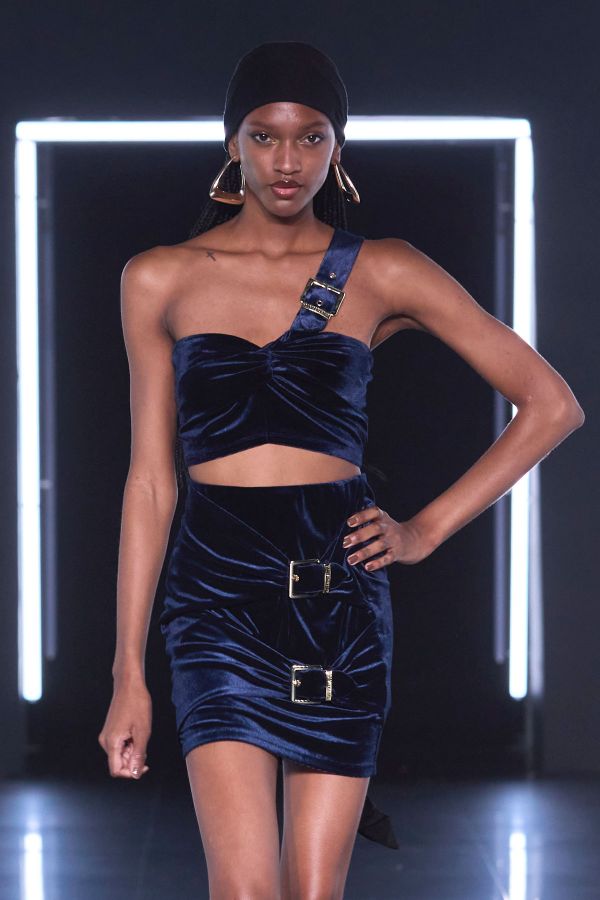 Rich velvet ripples and buckles — it came together neatly and chicly. Even the bandana.

Designer Marina Hoermanseder said ‘a fashion week always gives her so much self-confidence’. We can see just why. 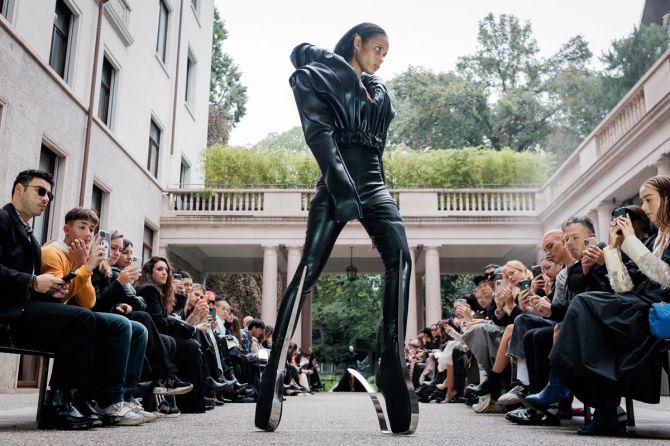 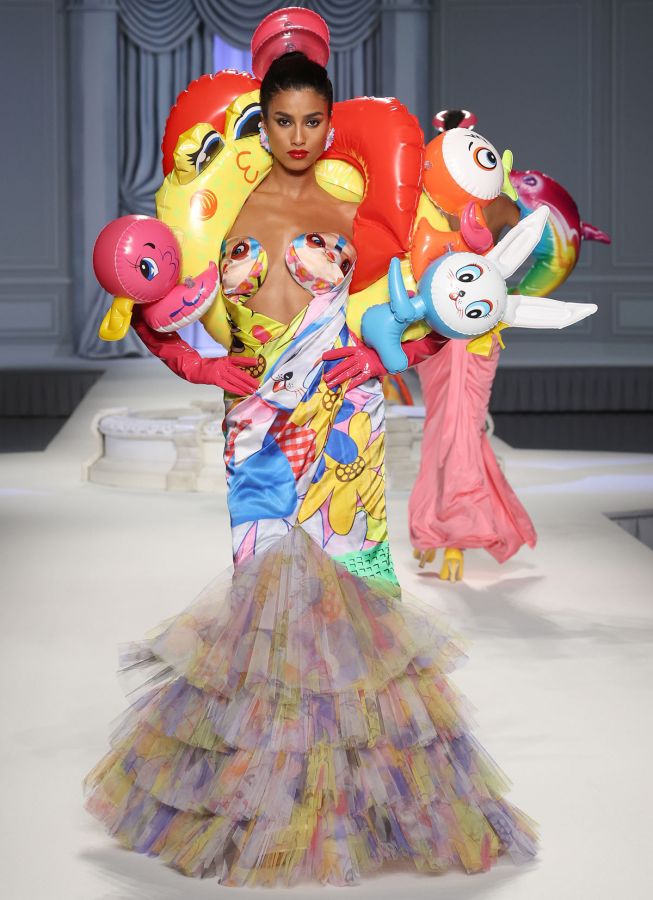 Mm Whatcha Say? Dumbstruck, no doubt, like we are.

The Bugs Bunny-ish pool floaties have a happy ending at the bottom in that flowing skirt! 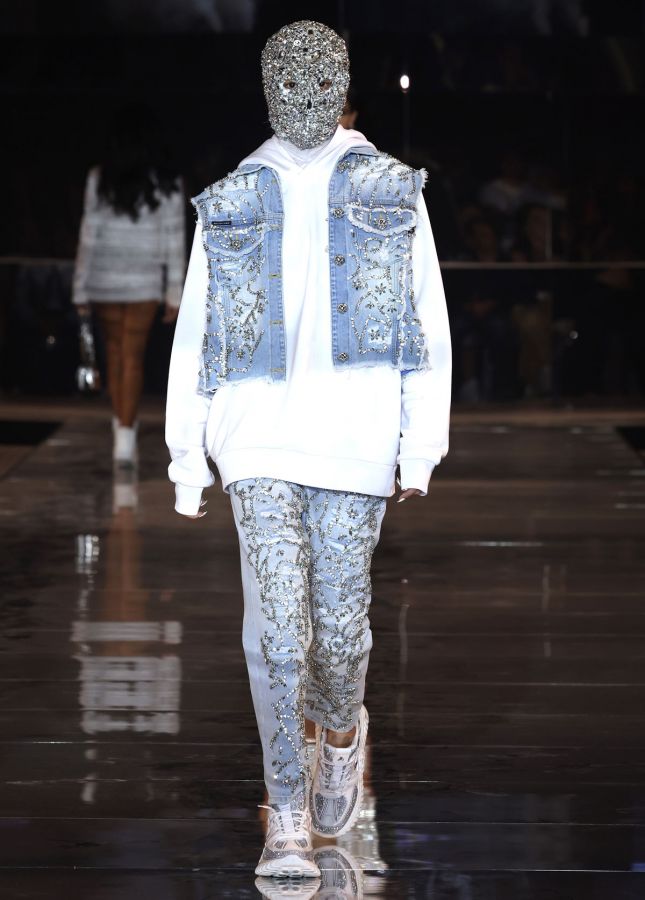 Certainly not gear for international flying. The tinselly balaclavas would have airport security anywhere in jitters. 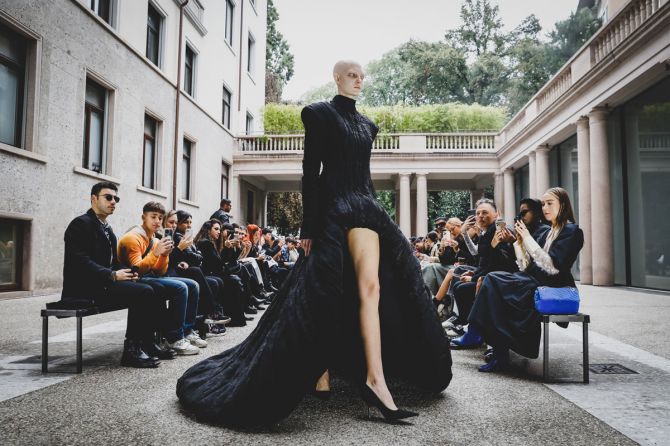 Another Kjobenhavn moment. He declares he is Searching For The Shadows with this collection. Tad grim. 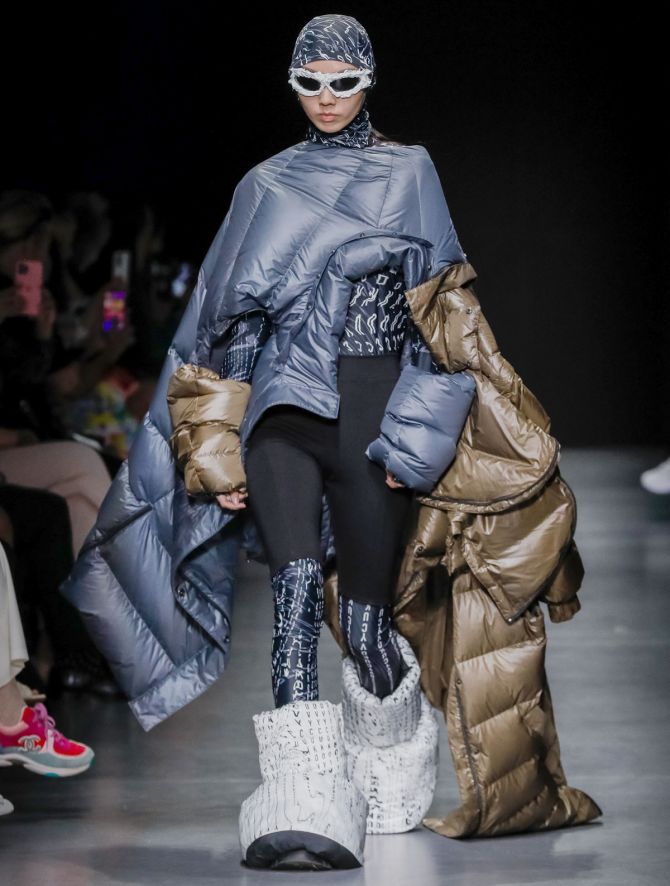 And sometimes you can wear your sleeping bag out the door. This model is evidently pining for winter. 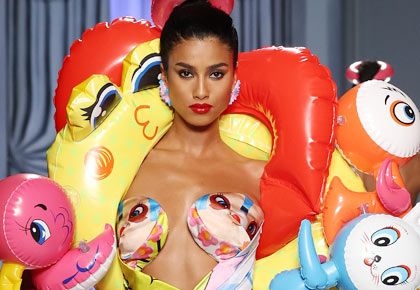