Bigg Boss 13: Fans of Sidharth Shukla and Shehnaaz Gill are rejoicing seeing their mini confessions of liking for one another 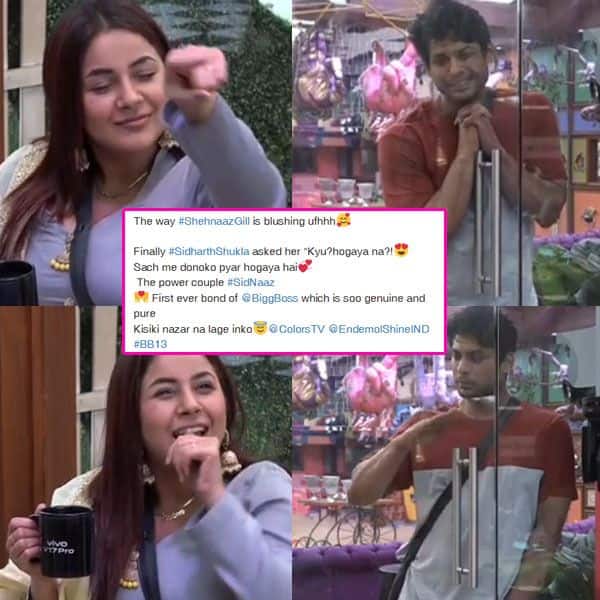 Last night’s Bigg Boss 13 episode was filled with fights. We saw a huge showdown between Sidharth Shukla – Asim Riaz, Himanshi Khurana – Paras Chhabra, Paras – Asim Riaz and even one involving Shefali Jariwala and Shehnaaz Gill. In the middle of all this tension, Sidharth Shukla and Shehnaaz Gill gave us some moments to smile. It all started with Shehnaaz telling Devoleena Bhattacharjee that she was playing a solo game but was loyal towards two people, Paras Chhabra and Sidharth Shukla. She also said she would not spare anyone who would come to harm Sid on the show. Devoleena narrated this to Sidharth’s good friend, Arti Singh who told his to Sid. The handsome hunk did not comment on it. Later, we see him going to Shehnaaz Gill who is sipping tea. She says that she is upset. Later, she reveals that she is upset that Arti Singh came and slept on her bed. Sid says it is no big deal. She throws a cushion at him. They are BFFs (Bed Friends Forever) on the show. Sid will tease her about what is going on her mind, she blushes. Fans of the two are gone crazy and are keeping their fingers crossed for good news (read love confession). Read the tweets…