The British Soap Awards 2020 has been cancelled due to the ongoing coronavirus pandemic.

Bosses for the glittering event made the decision to rest the awards for a year and return in 2021.

The awards, which are usually held in early summer,  will be replaced this year by a special episode celebrating the highlights of the soap calendar over the past 21 years – which will be narrated by host Phillip Schofield. 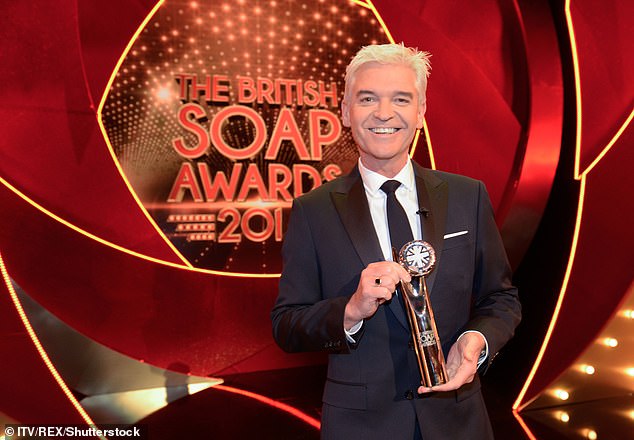 Shock: The British Soap Awards 2020 has been cancelled due to the ongoing coronavirus pandemic (pictured Phillip Schofield at the 2017 awards) 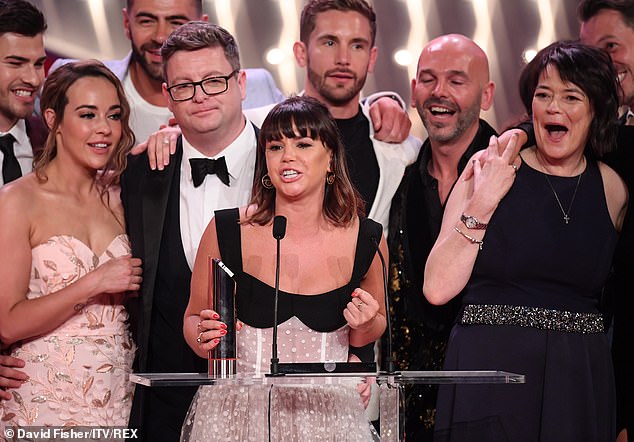 A spokesman said: ‘In light of the latest government health guidelines and in line with our priority of safeguarding the wellbeing of everyone involved in our programmes, production of The British Soap Awards will not go ahead as planned.

‘The awards ceremony will return in 2021.

‘In the meantime, a brand new 60″ programme called ‘The British Soap Awards Celebrates 21 Years’ will air this Spring, narrated by Phillip Schofield.’

Last year  the cast of Hollyoaks celebrated as the TV show won the Best British Soap gong at the British Soap Awards 2019. 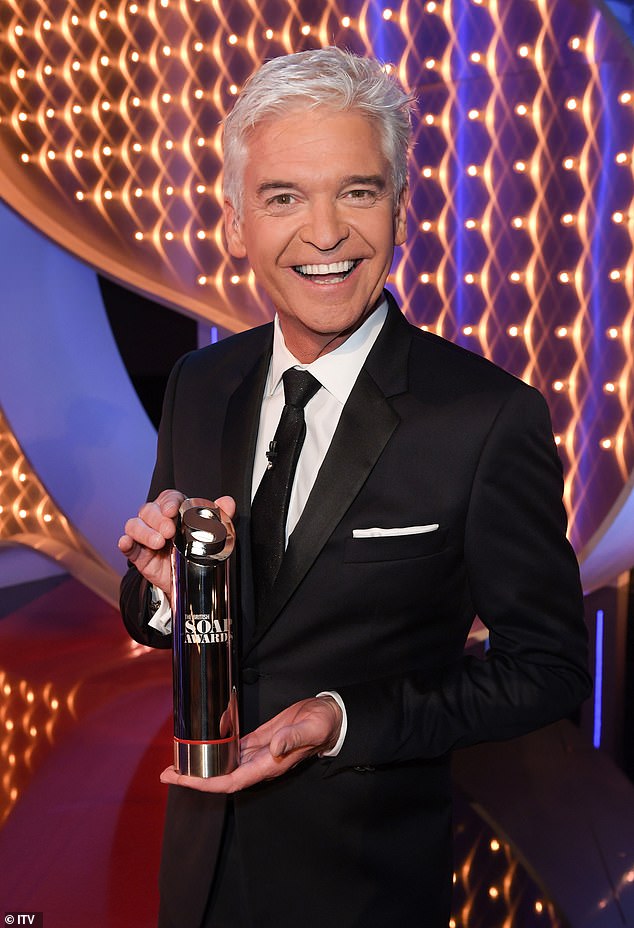 Not to be: Bosses for the glittering event made the decision to rest the awards for a year and return in 2021 (above the 2019 awards)

Picking up the coveted gong, the talented actors – including Stephanie Davis and Chelsee Healey – were visibly emotional as they celebrated their first Best British Soap Award win since 2014.

Coronation Street were the top winners on the night, picking up five awards. 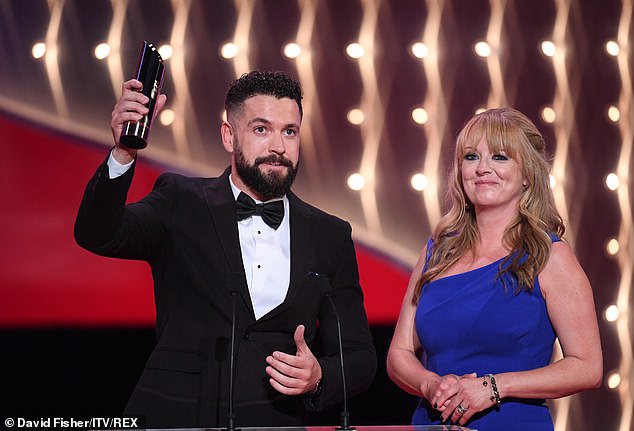