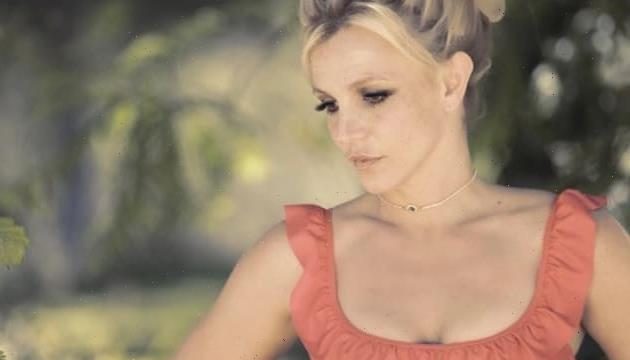 This week, Britney Spears’ attorney filed a petition to oust her widely reviled father from her conservatorship.

Fans have noted that her new attorney has done more for her in two weeks than so many did in 13 long years.

But Britney has wanted out for a long time, as evidenced by a newly leaked voicemail from over a decade ago.

In it, Britney wants out of the conservatorship, she wants the state to investigate, and she says that her dad is blackmailing her with threats to take away her sons.

Sam Lutfi, Britney’s former manager, has released a voicemail left to him by Britney Spears.

“Hi, this is Britney Spears,” the distressing recording begins.

“Just so you know I want out of this conservatorship,” Britney tells Sam Lutfi.

“I’ve been blackmailed by visitation with my babies by the conservatorship,” she accuses.

“And I demand the state of California to review this case,” Britney declares.

She wants her conservatorship under legal scrutiny “because I feel it’s illegal.. Bye.”

We can only imagine the fear that she was experiencing, and the courage that it took to leave that voicemail.

“(this is 2009) I have many more throughput the years,” Sam Lutfi added in the caption.

“13 years later nothing has changed,” he remarked.

Lutfi claimed that “every judge ignored all these calls.”

“Photo cred: Me,” Lutfi wrote, referring to the never-before-seen photo of Britney and one of her sons.

Lutfi’s caption concludes: “You can love me you can hate me but you can not deny the truth.”

That is not inaccurate … particularly when it comes to how people feel about Lutfi.

Maybe he went to bat for Britney, if not very loudly, back when she sent him that voicemail and others.

But many of Britney’s fans believe that he was one of many people who failed Britney during all of this.

Lutfi has admitted that he failed her, and acknowledged that it’s fair if she hates him.

Lutfi had previously shared another piece of audio, this time with more detail on the threats to Britney.

“I’m calling again because I just wanted to make sure that during the process of eliminating the conservatorship,” she began.

Britney noted to Lutfit “that my father has threatened me several times.”

According to Britney, Jamie had threatened “that you know, he’ll take my children away.”

“I just want to be guaranteed that everything will be fine with the process and that you guys are taking care of everything,” she told him.

Britney expressed a hope “that things will stay the same as far as my custodial time.”

There are situations in which a person’s children might need to be taken away.

If their parent is unable to care for them or is, through malice or otherwise, a danger to them, the children’s safety is a priority.

It’s possible that Lutfi is sharing this soul-crushing audio to prove that Britney has wanted out the whole time.

It is also possible that he is trying to save face. It could even be a little of both.

But if he’s trying to do right by Britney, there’s no time like the present … whatever we may think of him.