The top scripted series on each of the Big 4 broadcast networks — Grey’s Anatomy (ABC), FBI (CBS), Chicago Fire (NBC) and 9-1-1 (Fox) — all have something in common: They are the motherships of drama franchises that stage frequent crossovers. Building integrated universes consisting of multiple series, whose characters move seamlessly from one show to another, has become a broadcast staple and arguably the most successful storytelling formula on network television over the past decade that continues to draw viewers amid dwindling linear ratings.

But while crossovers are standard event programming and quite ubiquitous nowadays, this was a revolutionary concept when it was first proposed almost three decades ago and initially was met with resistance. Involved in its inception were two top TV showrunners, Law & Order creator and executive producer Dick Wolf and Oz creator and executive producer Tom Fontana, as well as former NBC Entertainment president Warren Littlefield, now a producer of series like The Handmaid’s Tale and Fargo.

The first crossover included episodes of Wolf’s Law & Order and another NBC drama series, Homicide: Life on the Street, on which Fontana was executive producer and showrunner.

Littlefield says the idea came about around 27 years ago, during NBC’s 1995 upfront party held at a hip downtown New York restaurant co-owned by Fontana. 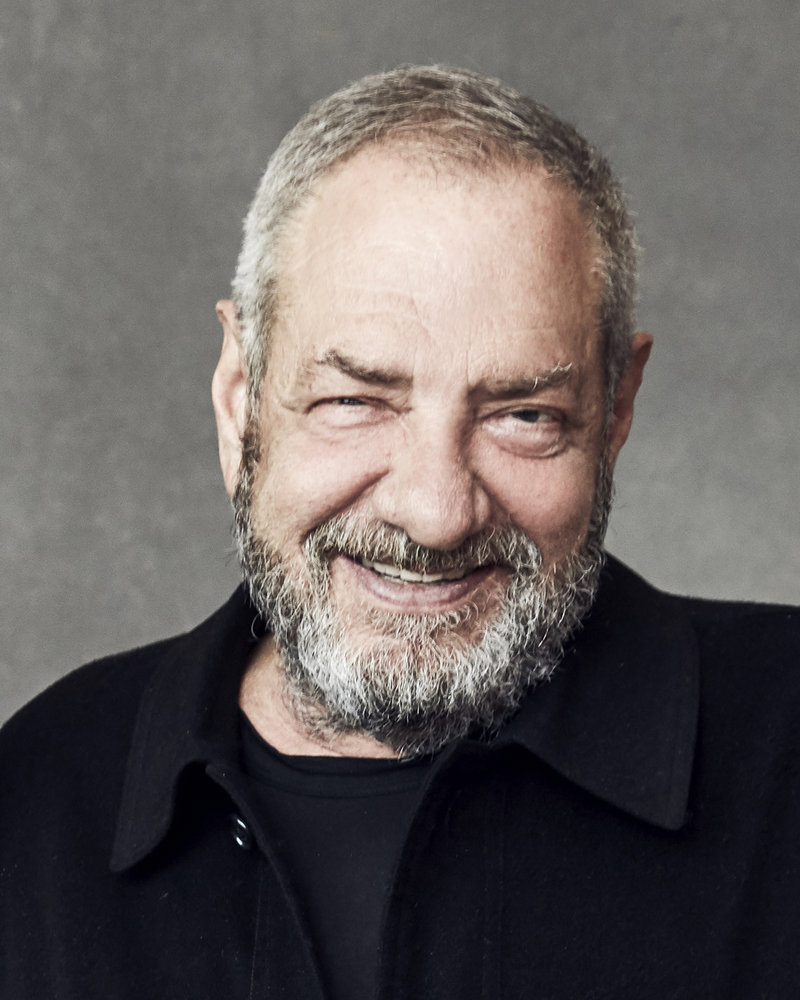 Wolf and Fontana sat at the same table. The two had been good friends since Fontana was on St. Elsewhere and Wolf was on Hill Street Blues in the early ’80s. “We kept in touch as our career wended its way through various highways,” Wolf says. “Tom moved back to New York, I stayed in LA.”

The two used the party to catch up. “Homicide was one of my favorite shows, he said Law & Order was one of his,” Wolf says. “We were talking, and we thought it would be interesting and fun to do a story that crossed over both shows. He didn’t think anyone had done that and neither did I.”

Littlefield, who jokes that “success has many authors,” shares his own recollection of what transpired that night. “My feeling was, you get lots of people who were working for you at the time, providing great content, you put them all in a room in a party atmosphere and just good things happen,” he says, noting how he was making his way through the restaurant when he got to the table Wolf and Fontana were sitting.

“I’m like, ‘I love it, you guys are together,’” Littlefield says. “‘You know, you both have wonderful 10 p.m. dramas on our network, we could probably figure out something here.’ I may have said the word ‘crossover’. It’s late at night, it’s a party atmosphere, people are drinking, they are celebrating. And I remember by end of the night, they said, ‘We think we can do this.’ And I was like, ‘OMG, that would be awesome.’”

Like any precedent, making the idea a reality wasn’t easy, but Littlefield credits Wolf and Fontana for sticking with it. 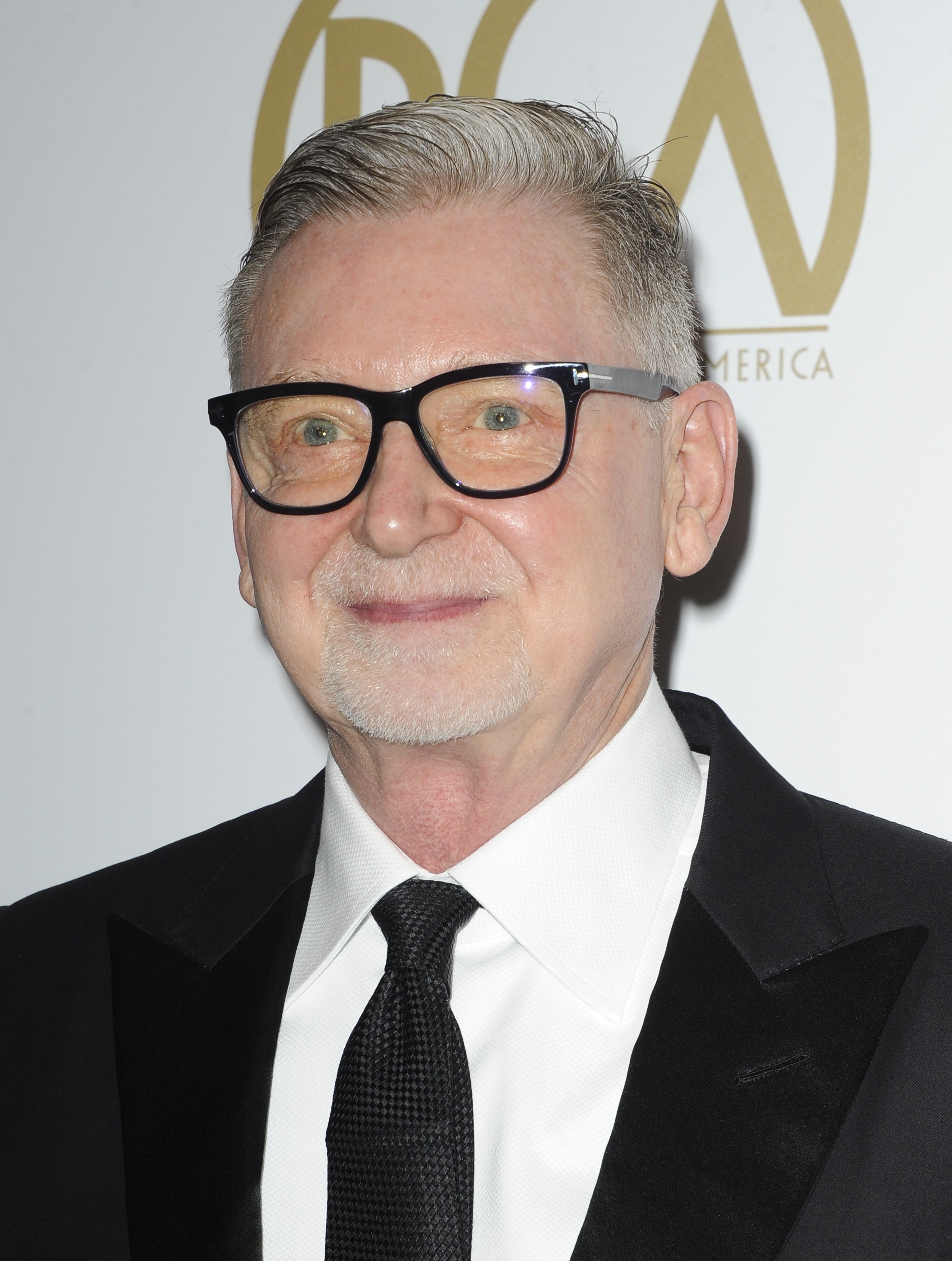 Law & Order was produced by Universal Television, Homicide by NBC’s in-house studio, which were separate companies in the 1990s, prior to the NBC-Universal merger. “Of course, then business affairs, after we started to describe it, they just said, ‘Hello, Universal and NBC? That will never [work],’” Wolf recalls. “I think it was really their persistence and our desire to throw money at it, and at the end of the day it went from ‘we could never’ to ‘you know what, we might have a way of getting this done.’”

Each studio had their own plans for selling their show in syndication and having an episode that features characters from another series and a joint storyline with a competing drama was not something they knew how to handle amid fears about the stunt’s potential impact on the shows’ syndication value. Having the network as an ally in the process helped. “We were concerned it could be a problem with syndication, but Warren said it was fine, the network wouldn’t object,” Wolf says. “We did our first crossover in 1996, and it was the highest-rated episode for both series.”

Two more crossovers between Law & Order and Homicide followed in the next three seasons.

“Then it didn’t come up again for several years, when it became obvious there could be a natural crossover between Law & Order and SVU,” Wolf says. “The audiences like it, I find it a lot of fun, but it’s very tough on the writers. It’s very difficult to do, but it’s ratings crack.”

Littlefield says he cannot remember a single misfire for a crossover event on the drama or comedy side both during his tenure as an executive and whle watching as a casual viewer.

Wolf, who has been the driving force behind the growth and evolution of interconnected drama franchises in the past three decades with Law & Order, Chicago and FBI, also addresses the reasons for crossovers’ ratings success. “Familiarity breeds contentment,” he says. “The Chicago shows are a perfect example. It worked so well before that I realized that there was an opportunity with the Chicago shows to literally birth a new series [Jason Beghe and Jon Seda were introduced on Chicago Fire] and once we had three shows, doing crossovers was a no brainer. So, Chicago PD and Chicago Med were born as crossovers.” 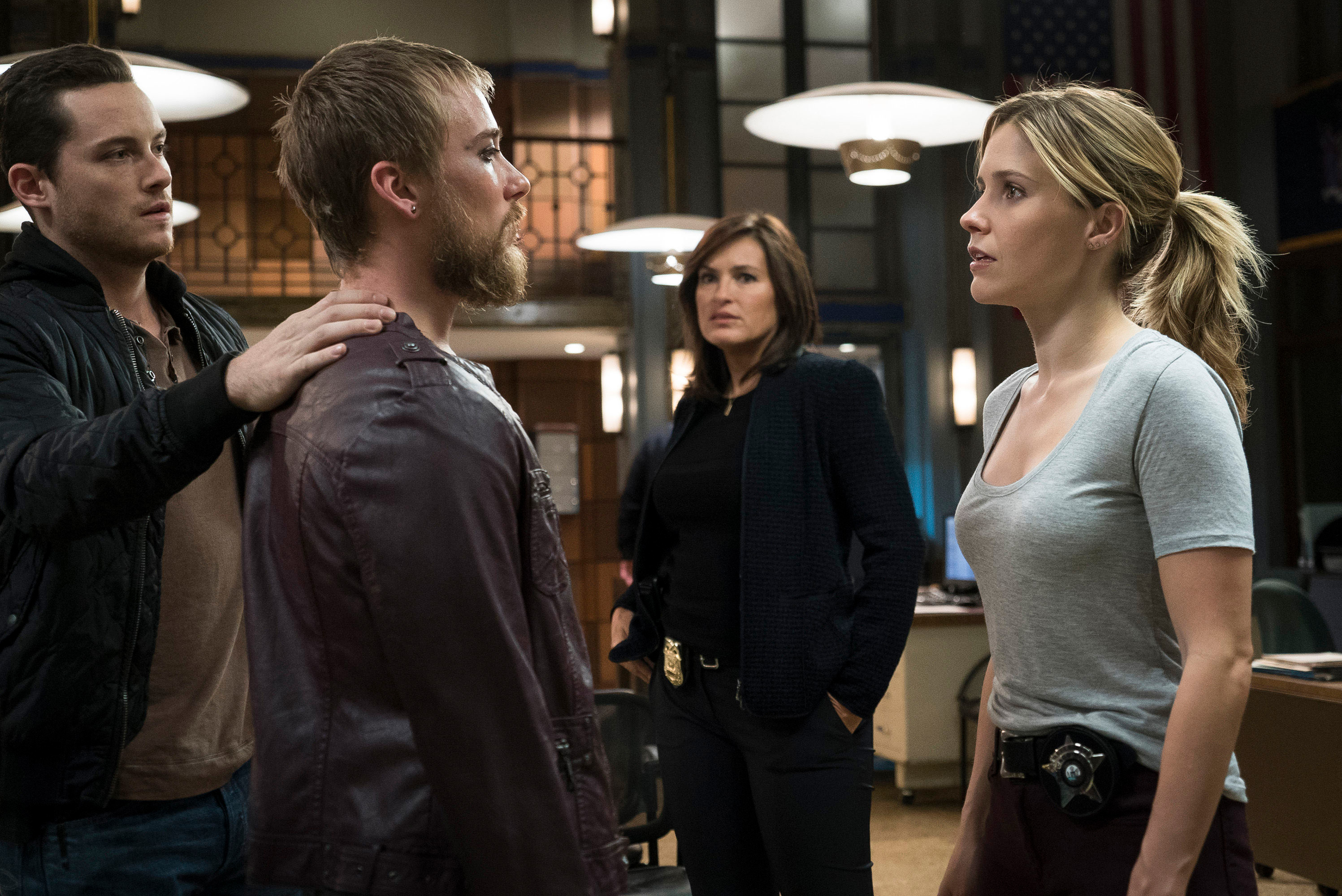 Wolf took the drama franchise concept to a new level with the ‘One Chicago’ collection of shows, building the first fully-integrated universe of characters. The lines between the individual shows got so blurred that the three casts almost always appeared together at events and panel discussions, and Wolf even argued in 2016 that they should be considered as one entity by the SAG Awards.

“I’d like the cast of all the Chicago shows to be entered as one ensemble because it is truly an ensemble,” Wolf told Deadline at the time. “Everybody transits effortlessly between the shows, there are full-scale crossovers that involve everybody on all the casts, so I think they should be celebrated as a group.”

As effortless as it looks, building franchise universes is a very tricky proposition. “I know how difficult it is to achieve an integrated universe with multiple shows, it is so difficult that there has to be an overriding sensibility driving the train or else it will never get done,” Wolf says.

With Chicago, Wolf also broke new ground, introducing a branded night. While he had been doing crossovers for more than two decades, it was not until fall 2018 that all three shows from the same franchise were scheduled on the same night with ‘One Chicago Wednesday’ setting the stage for three-hour crossover events. The scheduling stunt was so successful that it has being adopted across many drama franchises, including all of Wolf’s.

“I think Bob [Greenblatt, then-NBC Entertainment Chairman] understood the value of ‘stacking’ the Chicago series, which made crossovers easier, and research shows that the average binge time for viewers is three hours. So, it made sense to stack the shows on one night. CBS saw the Wednesday night success and did the same on Tuesday. And NBC doubled down with the Law & Order [shows] on Thursday.”

This is a strategy also employed by ABC with Station 19 leading to Grey’s Anatomy, Fox pairing 9-1-1 and 9-1-1: Lone Star, and CBS doing the same with NCIS and NCIS: Hawai’i.

Both Wolf and Littlefield had the same reaction to the proliferation of crossovers, integrated universes and franchise blocks on the schedule: “Imitation is the sincerest form of flattery.”

When Wolf pitched FBI to CBS, he did not just pitch a series but an entire franchise. He admitted that he does not think of a TV series as a one-off anymore.

For Littlefield, it’s satisfying to see how a casual party conversation 27 years ago has led to such a big—and lasting—change in event TV programming. “When I’m navigating through any content on networks and I see that promotion [for a crossover], it makes me smile and I go, ‘You know what, they are still doing that.’”

Wolf & Littlefield Remember The Night The Crossover Event Was Born

‘This Is Us’ Creator Dan Fogelman Breaks Down Emotional Penultimate Episode: Video Q&A