The trailer of Salman Khan’s Bharat is only a few days away but the excitement has hit the roof already! Yesterday the superstar unveiled his look in grey where he was seen in an old man’s avatar, sporting black-rimmed glasses. Not to mention crisp black suit and the handlebar moustache that made Salman Khan a very charming elderly indeed. He is the last of the Khan’s to do so and how!

While that was that, today the buzz is all about Sa ‘janeman jawaani’ thanks to the new poster of Bharat that he shared on his socials. Needless to say, the poster him in a retro avatar with gold detailing on white and it’s reminding us of his younger days. Even here he is posing with shades, albeit different ones and we love it!

Now, while that is that, we couldn’t help but notice another thing. If you have missed it; the poster also features Disha Patani who has a pivotal role in the movie. A shift in the glance and you’d see Disha’s look as a trapeze artist in the background. 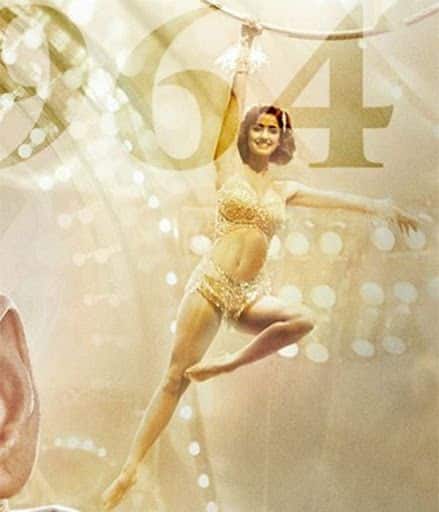 Earlier, director Ali Abbad, in an interview with Times of India, had said, “The film tracks the journey of a man and a nation, simultaneously. The story spans over 65 years, and every role in the film is important. The idea is to make a movie with many special characters. I narrated the entire story to Disha before I signed her on. She said that she will do the film irrespective of her part in it, because it is a beautiful story. She also added that the film is more important than anybody’s role.”

Talking about Bharat, it is set across several decades and will show Salman’s character in various avatars which will showcase his journey from 18 to 60 years. It is the official remake of a Korean film titled, Ode To My Father. She is coming together with Salman and director Ali Abbas Zafar after Tiger Zinda Hai and we can’t wait for the trio to recreate the magic. The film also stars Sunil Grover and Nora Fatehi in pivotal roles and will hit the screens on June 5, 2019. But while you wait, (re)watch the teaser here.

Stay tuned to BL for more updates and scoops!

How to make Soya Pulao

April’s GST collection falls 87% to Rs 5934 cr
We and our partners use cookies on this site to improve our service, perform analytics, personalize advertising, measure advertising performance, and remember website preferences.Ok