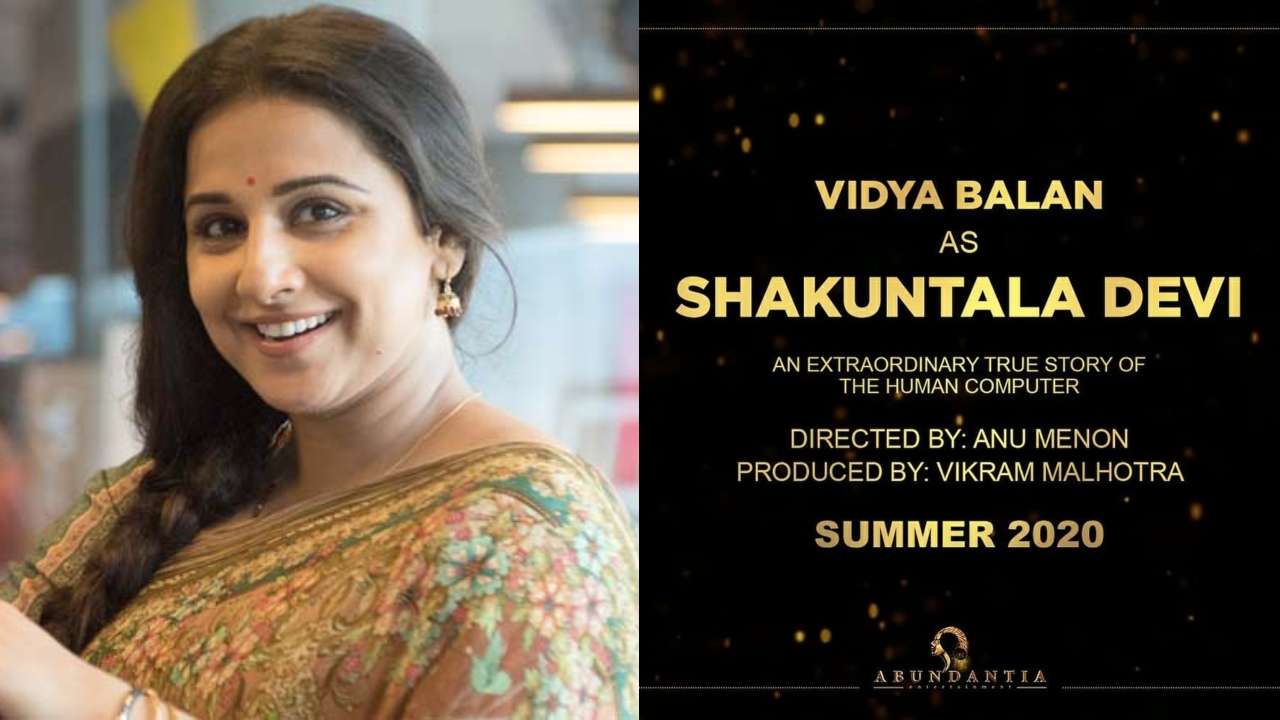 Bollywood actress Vidya Balan, who made her South debut with NTR biopic, in which she essayed the role of Nandamuri Balakriahna’ wife has been confirmed to play the lead role of Indian mathematical genius Shakuntala Devi in her upcoming biopic. The upcoming biopic of The Dirty Picture fame actress Vidya Balan starrer Shakuntala Devi will be directed by Anu Menon of ‘London, Paris, New York’ fame.

Recently during the media interaction, Vidya Balan opened up about her role and said, “I am extremely excited to play the human computer, Shakuntala Devi, on big screen. Shakuntala Devi was truly someone who embraced her individuality, had a strong feminist voice and braved many a naysayer to reach the pinnacle of success.”

By sharing a poster on microblogging page, Vidya Balan wrote,” BIG DAY! ! Excited to play the role of Math Genius, #ShakuntalaDevi. @ivikramix @directormenon and I are thrilled to bring to life the true story of ‘the human computer’ – a small-town Indian girl, who took the world by storm ! @abundantiaent In theatres – Summer 2020.”

Vidya Balan starrer Shakuntala Devi biopic, will be directed by Anu Menon and will be produced by Vikram Malhotra of ‘Airlift’, ‘Baby’, ‘Toilet-Ek Prem Katha’ fame. Earlier both Vikram Malhotra and Vidya Balan had earlier worked together in ‘Kahaani’, which was released in 2012.

A small town Indian girl, Shakuntala Devi is widely known as the “human computer”. The makers are planning to release Vidya Balan starrer Shakuntala Devi biopic during the summer 2020.