Use cases for drones are, however, immense – industrial inspections, geospatial surveys, agricultural surveys, and general surveillance and security. 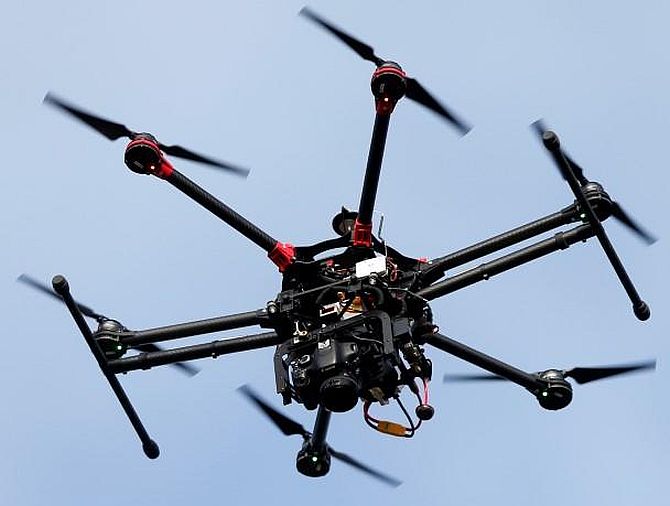 Pune-based Quidich Innovation Labs, along with Asteria Aerospace, completed the first ‘no-permission, no-takeoff’ or NPNT-compliant drone flight in Tumakuru, marking the first such operation since the drone regulations policy came into effect in December 2018.

“Curbs on the flying of drones without permission is the essential reason behind the compliance mechanism being put in place,” said Neel Mehta, co-founder and director of Bengaluru-headquartered Asteria Aerospace.

“Use cases for drones are immense – industrial inspections, geospatial surveys, agricultural surveys, general surveillance and security (in the green zones) – but discharge of material, or package delivery via drones are not permitted yet.”

“This milestone sets the stage for seamless, compliant drone operations throughout the country.

“However, more green zones have to be notified by the MCA for the country to harness the full potential of Unmanned Aerial Vehicles (UAVs),” he added.

However, ancillary processes like the process of certifying a drone for NPNT compliance, the process of issuing UIN, and approval of the first green zones had delayed operations, say industry experts.

Operations are given a go-ahead only if they lie in a green zone, as notified by the Ministry of Civil Aviation (MCA).

The OPA is a digital file fed into the app, and the drone will take off only if the file is authenticated.

Before any flight operation, one needs to get three registrations under the Digital Sky portal, which is run by the Directorate General of Civil Aviation (DGCA).

These are the Unique Identification Number (UIN) for the drone, Unmanned Aircraft Operator Permit (UAOP) for the pilot, and the Online Permission Artefacts (OPA) in which the pilot mentions the location and purpose of flight operations.

Friday’s trial was the first time a drone operation under Digital Sky’s end-to-end workflow was put to test.

These are located in Andhra Pradesh, Karnataka, Rajasthan, Maharashtra, Tamil Nadu, and West Bengal, covering a diameter of 10 km each and surface area of 78.5 sq km.

At present, flying of drones in other zones is illegal and any drone more than 250 grams (Nano drone) requires NPNT compliance.

However, the MCA has granted conditional exemptions for operators involved in anti-locusts measures or COVID-led sanitization operations.

This comes as the DGCA gave its nod to 13 different consortia for conducting experimental delivery trials last month.

Image used for representation purpose only.