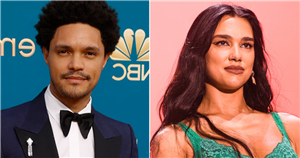 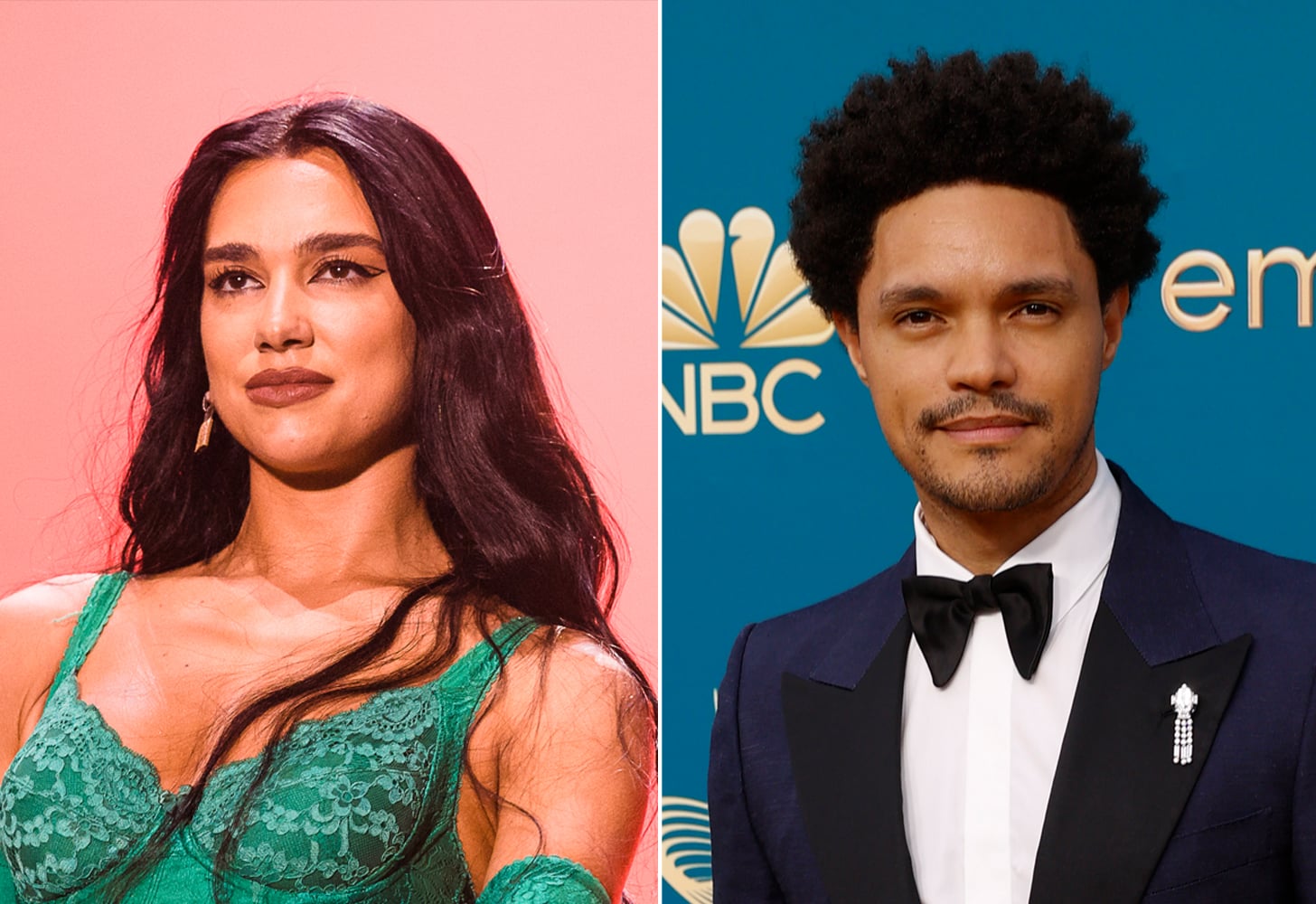 Dua Lipa and Trevor Noah are sparking dating rumors after they were spotted enjoying dinner together in New York on Sept. 28, per photos published by The Daily Mail. The musician and talk show host apparently spent the evening at Jamaican restaurant Miss Lily’s in the East Village.

“They were quietly sat away from everyone else at [the] restaurant,” a source who reportedly witnessed their dinner told the outlet. “It was clear they were into each other and sat close together throughout the meal. They left together and walked, stopping for long embraces and on the second kiss with hugs.” Reps for both stars did not immediately respond to POPSUGAR’s request for comment.

Lipa previously dated Gigi and Bella Hadid’s brother, Anwar, but the pair reportedly took a break in December 2021, per People. “It’s a little bit of give and take, trying to find the right balance of being so excited and being in love, and wanting to share that with the people around me, but at the same time not wanting to put too much out there,” she told British Vogue during their relationship. “I want to be able to just be happy in this relationship without having other people’s opinions.”

Meanwhile, this past May, Us Weekly reported that Noah ended his on-and-off relationship with his girlfriend of two years, Minka Kelly, with a source saying that they had been “broken up for a while.”

The “Daily Show” host provided a window into his approach to flirting in 2017, telling People Now, “When I meet a woman, I’m still the kid in high school — I’m still like, ‘Hi, my name is Trevor.’ Never open with a joke. It is the most horrible thing. Jokes require context. Without context, you’re just some random person who came and told someone they fell from [heaven] or some randomness, and if you mess it up, you look worse and it seems like an insult. No humor! Just say hello. That’s it!”

Neither Lipa nor Noah have publicly commented on the status of their relationship.