Instead, 2019-20 could be the base from which the Budget estimates for next year are calculated. 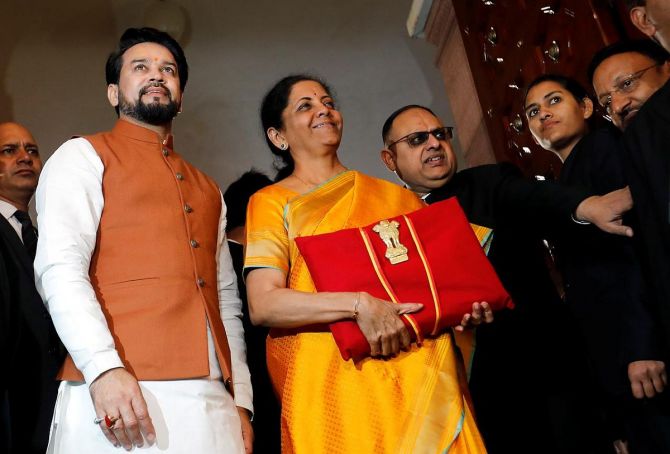 When the finance ministry begins work on the 2021-22 Budget, it is unlikely to take ‘one-off’ 2020-21 as the base year for its revenue and expenditure calculations, Business Standard has learnt.

Instead, 2019-20 could be the base from which the Budget estimates for next year are calculated.

Officials say the revenue collections and expenditure outlay this year cannot serve as the basis for next year’s Budget estimates due to the Covid-19 pandemic, the nationwide lockdown, and the economic distress.

“This is a special year. This year all our Budget numbers are extraordinary.

“Revenue will be much lower than what we had budgeted for FY21, and expenditure will be higher.

“I would say we draw a dotted line and connect the previous year and the next year,” said a top government official.

“We will not base our Budget estimates on this year.

“A more realistic comparison will be with 2019-20,” said a second official.

However, sources say that when it comes to the Centre’s debt, the borrowing for 2020-21 will have to be taken into account.

“The additional debt (this year) has to be recognised,” said the second official.

For 2020-21, the Centre has steeply revised up its borrowing programme to Rs 12 trillion, from Rs 7.8 trillion estimated earlier.

In April-September, the Centre is slated to issue G-secs worth Rs 6.98 trillion compared to the earlier plan of Rs 4.88 trillion.

There are expectations that the Centre may need to borrow more in the second half of the year to fund an expected stimulus package, and could go down the route of direct monetisation.

Goods and services tax (GST) collections in July stood lower than the previous month and were 86 per cent of the levels seen in the same month last year, as economic activity limps back to normalcy with the unlocking process picking pace.

The mop-up remained well under the Rs 1-trillion mark for the fifth straight month with the economy reeling under the pandemic shock.

The decline in tax revenue, before devolution to states, narrowed to 37 per cent in May, from 44 per cent in April.

This was on the back of improved indirect tax collections due to signs of economic activity picking up as lockdown restrictions eased.

Non-tax revenue was Rs 3.26 trillion (94.4 per cent), while non-debt capital receipts were just 84.1 per cent of revised estimates, primarily on back of poor divestment receipts.

On the spending front, total expenditure was Rs 26.9 trillion, just short of the revised Budget size of Rs 27 trillion.