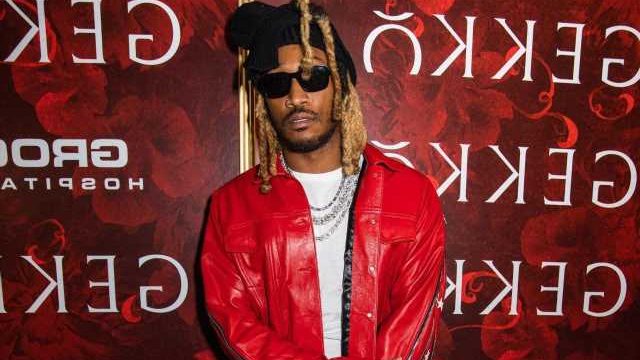 The ‘Turn On the Lights’ rapper is mocked by social media users after he opens up on fatherhood and his vision to be a married man someday in a new interview.

AceShowbiz -Having enjoyed his life as a successful musician, Future still has a dream that isn’t fulfilled yet. The Grammy Award-winning artist has revealed his dream to get married one day in an interview with Billboard, calling it “a life I never lived.”

The 38-year-old, who has several children with different mothers, opened up on fatherhood and his vision as a married man to the publication. “If I was married, at home with my kids, man, it’d be way different,” he said. “That’s a life I never lived. It’s something you dream about. That’s one of my dreams.”

Of why he hasn’t made that dream come true yet, Future explained, “It’s easy for other people, but for me, it’s just like, man, this rock star lifestyle, it don’t gel well. For even creating music, I just feel like I’m missing out on something if I don’t make the music a certain kind of way. I really dedicated my entire life to my fans. I dedicated my entire life to my music. Everything that I love, everything that I got, I put it in music. And the outcome is yet to be determined, still to this day.”

He, however, remains optimistic that he will settle down one day. “I feel like I can have both,” he said of having fame and successful marriage at the same time. “When the time’s right, it’ll happen. It ain’t nothing that I’m really chasing. But I do dream of it, and I do want it.”

“I swear I’d probably pick the wrong girl or something, if I was just chasing it,” the Atlanta native added. “You never know how certain things happen with relationships and with love and getting married and being under the same roof as your kids and you got other kids that are not living with you. That’s just a whole ‘nother lifestyle that I haven’t even got a chance to live.”

He went on stressing, “But I understand that it’s something I would love, and when the time presents itself, then I know I’m going to be prepared. I want to make sure I just live that to the fullest. But I don’t really think about that s**t, like having a wife and s**t. But I want a wife. Everybody around me wants me to have a wife more than I want a wife.”

However, many think that Future is far from his dream, considering his history with his exes and baby mamas. “Imagine that all these single mother homes you created now you want to go out and settle down and have more children with your wife lol go back to one of the baby mamas !” one person reacted to the interview.

Another suggested Future, “How about you try being faithful first.” A third mocked the “Wait for U” hitmaker, “Now when he say dream do he mean like something he long for or like the time I dreamed Beyonce text me. As in it never happened.”

“Lol that ninja will never get married and it’s a dream alright,” someone claimed, while another remarked, “Lol dream? Pls, probably just wanna be something he scratch off his bucket list.” Another user weighed in, “With that many baby mommas idk if that’ll ever happen…”