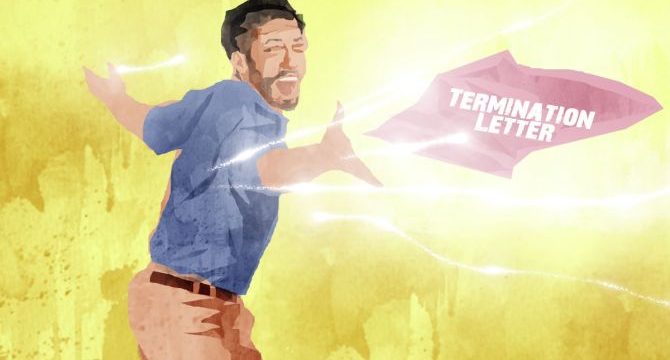 Companies today are taking a very fashionable way to reduce their workforce.
Instead of the outright firing of employees, an alternative approach that some companies are using is the passive-aggressive method which is both deliberate and accidental, points out corporate lawyer Ishanee Sharma. 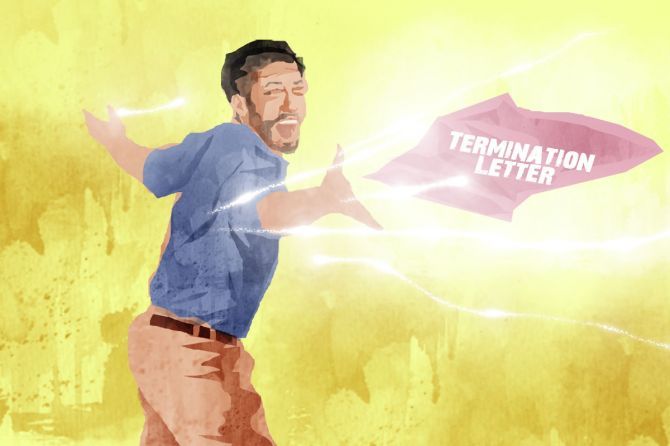 In India, there are generally two types of employees — 1. Employees and 2. Workmen.

All types of workers in any role are included under the umbrella word ’employees’.

The Industrial Disputes Act of 1947 uses the term ‘workmen’ to describe employees who perform manual, unskilled, skilled, technical, operational, clerical, or supervisory work in any industry.

Employees who work in management, administration, the police, etc. are not included under this Act.

While in general parlance the term layoff is used as an act of ceasing the employment of the worker without any fault of the worker, the Act defines it as ‘termination of employment on account of failure or inability of an employer to provide employment to a workman.’

From Meta to Twitter to Microsoft to Amazon and so on, we have seen a bunch of big companies announcing layoffs in the last month.

In response to this, IT employees from various states like Karnataka and Maharashtra are coming forward for a legal fight against the ‘unethical layoff decision’ that violates labor laws.

Companies today are taking a very fashionable way to reduce their workforce. Instead of the outright firing of employees, an alternative approach that some companies are using is the passive-aggressive method which is both deliberate and accidental.

These companies may purposefully foster a toxic work environment that encourages individuals to resign freely in order to avoid the financial, psychological, and legal expenses associated with firing people.

When the work environment is such that the employees are underpaid, given onerous obligations, barred from promotion, or treated with disdain, they are seen to voluntarily quit their jobs.

This fashionable way of reducing the workforce in the majority is known to be termed ‘Quiet Firing’.

It is to be noted that there is no standard procedure to terminate an employee under the labour laws in India.

It may depend upon the terms of termination under the contract between the employer and the employees or upon the legislation of the State since labour law is a subject under the concurrent list of the constitution.

Any termination needs to comply with federal and state law because these laws supersede contract provisions.

As is the case in the majority of countries, employees in India who are let go by their employers usually receive one month’s notice or compensation in lieu of notice.

A severance package is provided for terminations where the employee has worked for the company for at least two years and the reason for termination is redundancy.

This calculation of severance is based on the length of employment, performance level, and wage level.

Rights that are available for workers undergoing layoff in India under the Act are laid down in Chapter VA of the Act.

At least one-month prior notice in writing must be given to the employee who has been in continuous service for not less than one year.

A right for compensation is provided for all the workmen who have their names on the muster roll of a company or organisation.

The compensation must be 50 per cent of the total basic wages that the worker must have earned had s/he not been laid off.

Amid this spate of unceremonious layoffs, it is essential to ensure that one gets laid off with as many benefits as possible.

The following are the top things to know and check when an employee is being laid off by the company without any prior notice.

An employee must be given the reasoning behind a layoff decision.

When an employee is being laid off, it is beneficial to request a ‘letter of recommendation’ (LoR) from the human resource department of the company.

This will ensure that the job profile of the employee is not lowered and allows a smooth transition from their career block.

A careful reading through the terms of employment and awareness of the company policies is critical.

Sometimes the terms of employment provide insurance for such unexpected events.

Employees must have a strong personal plan for such unexpected events.

Career cushioning is a term used for a new trend where people are digging the idea of having backup options in case their company goes under or they are let go.

It is the process of covertly putting together a Plan B while still employed.

It entails creating a long-term strategy for the position or work that one would like to hold in the event that one lost their current position in the future.

Maintaining connections with the company that fired, former boss and colleagues are very important.

One can ask them to help with leads because they are the ones who can vouch for your capabilities to a new employer.

In particular, the current wave of layoffs has led to the formation of support groups and communities on social media platforms like WhatsApp.

These groups assist laid-off workers in a variety of ways, from assisting them in negotiating compensation to finding new job opportunities to criticising businesses that have terminated employees abruptly or without following proper protocol.

A writer by choice, a lawyer by profession and an alumni of the National Law School Delhi and the Harvard Business School, Ishanee Sharma practices in the Delhi high court and is a counsel for the state of Uttar Pradesh in the Supreme Court of India.
She is also the founder of Ishanee Sharma Law Offices, based out of New Delhi.