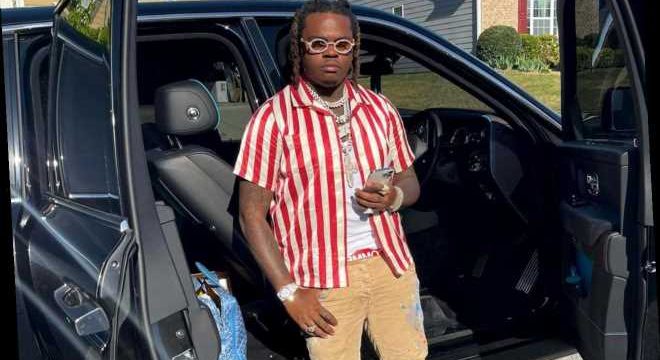 In a video that the ‘Wunna’ rapper shares on his Instagram account, it is seen that there is a large dent on the driver’s side door and left passenger door of the expensive car.

AceShowbiz –Gunna had a near-fatal accident earlier this week. On Monday, April 5, the Atlanta rapper shared on Instagram a video of his beige Lamborghini Urus being damaged following a hit-and-run collision.

“Aye brinks trucc hit me and kept going,” the rapper wrote over the video. Thankfully, no one was injured during the incident as the 27-year-old added, “But I’m good tho.”

The Lambo is only one of his many luxury cars. The “Drip Too Hard” spitter also has a 2019 Porsche 911 Turbo coupe and a 2020 Dodge Charger SRT Hellcat. Joining the list of his enviable collection of cars are a Rolls Royce gifted by Young Thug, a bullet-proof Cadillac and two Maybachs.

This is not the first time for Gunna to be involved in a situation that could kill him. Back in June, the “Wunna” rapper made headlines as he and his frequent collaborator Lil Keed were forced to shut down their music video filming in their hometown of Atlanta when multiple gunshots were heard near the location.

In a clip taken from the incident, Gunna was dancing to the music when the gunfire happened. That immediately made everyone in the scene, including the cameramen, run for cover.

Some people, however, thought that the sound heard in the video wasn’t of gunshots. “They were just fireworks c’mon,” one claimed. “sounds like firecrackers to me…” another user added. Another comment, meanwhile, read, “Deff sounded like fire crackers at the end lol unless someone trigger finger got electrocuted.”