Hailey Baldwin is not afraid to simply be known as ‘Justin’s wife’ — for now. The model opened up to singer Demi Lovato in a podcast episode on September 17.

Just call her Mrs! Hailey Baldwin has set the record straight when it comes to her official title in her two-year (or three?) marriage to pop sensation Justin Bieber. On a Friday, September 17 episode of “4D with Demi Lovato,” the high-fashion model opened up about how she feels about being called “Justin’s wife.” Nothing. She feels absolutely nothing. At least, not in a bad way. “When you marry someone that is really well known, you also accept that a lot of the time people are going to be like, ‘Oh yeah, that’s blah, blah blah’s wife.’ It doesn’t bother me,” 24-year old Hailey said to her famous 29-year old peer Demi. 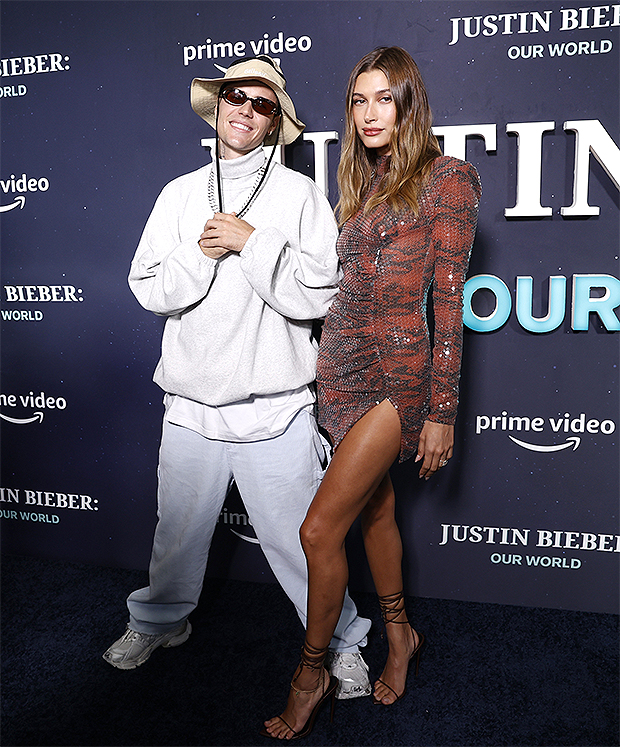 And what’s more is that she likes it. Hailey enjoys being known as Justin’s Mrs. because she’s already carved out a place in the world for herself, on her own terms. The former ballet dancer turned supermodel has walked the biggest fashion runways of the world from Paris to New York, graced the pages of countless luxury fashion magazines and has been featured in scores of campaigns for fashion designers and high-end brands. Need. We. Go. On?

“It bothers me when people try to take it and flip it and be like, ‘People wouldn’t know who you were if you weren’t his wife.’ Because I disagree. I’m sorry, but I disagree…I have all my own work relationships, I do my own thing, I have my own job, I have my own money,” the sixth-year Met Gala guest (Justin’s only been once) admitted to the Dancing with the Devil producer. “When we split up and we didn’t talk for a very long time, I feel like I worked very hard to continue establishing who Hailey was and I still work to establish that.”

Moreover, the famous duo have worked hard to defend and protect their marriage. At the 2021 Met Gala on September 13, fans still bitter over Justin’s breakup with Selena Gomez took the time to heckle Hailey as she walked the cream-colored carpet. “Selena! Selena! Selena!,” the fans yelled from behind layers of stanchions and security as seen in the TikTok video that Hailey reposted to her account. “DISGUSTING,” the model captioned the video. Even Hailey’s cousin Ireland Baldwin had to step in. But despite all the hate the couple has received, they keep it moving and, from what it seems, inching a little closer to possibly adding some more love in their life in the form – dare we say it? – a little baby Bieber.