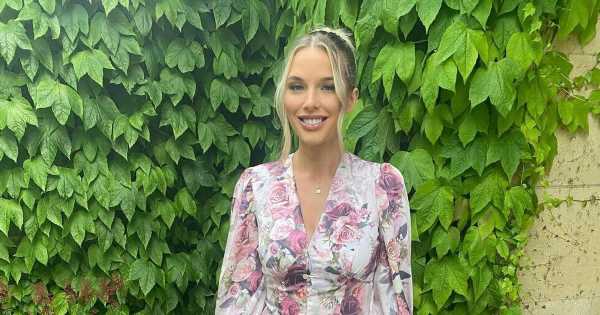 Helen Flanagan has opened up about her star-studded wedding guest list ahead of her and fiancé Scott Sinclair’s 2023 nuptials.

The pair hope to the tie the knot in Italy after originally planning to get married this year.

But Helen says she and footballer Scott, who plays for Preston North End, will wait until things are a “bit safer”.

Speaking exclusively to OK! about the star-studded guest list, Helen revealed that some of her Coronation Street co-stars will definitely be getting an invite.

Asked whether or not she will be inviting any of her co-stars to herself and Scott’s big day, Helen told us: “Oh yeah of course. I want to do it quite big.”

Helen, 30, has remained especially close with Sally Dynevor, who plays her mum Sally Metcalfe on the ITV soap, and Brooke Vincent, who plays her sister Sophie Webster, but is also currently on maternity leave after welcoming her second son Monroe in May.

Brooke is also mum to son Mexx, who will turn two in October.

Helen continued: “I’m seeing Sally soon and I’m seeing Brooke on Monday so we can have a catch up with the boys.

"I love seeing them both. Brooke was so chuffed for me for that I had a boy.

“That’s why I’ve wanted to wait with the wedding planning because we want a big celebration with no restrictions and we want it to be perfect.”

Helen gave birth to her third child, son Charlie, back in March and hopes to add a fourth to her brood one day.

As for whether or not she’ll be making a return to the Corrie cobbles any time soon, Helen added: “I would love to go back because of course I want to achieve things for myself, but I have to put my children first.

“They’re at the ages where they have so many activities and, while I can get childcare, my children want me a lot of the time.

“There’s obviously lots of things I’d like to pursue work-wise.”

The mum-of-three says she would love to star in a theatre show one day if she could make it work around her children.

She continued: “I’d love to do theatre and a drama. Hopefully if I got the right role and the right theatre I could work it around the kids – whereas sometimes with Coronation Street it can be too trying with the hours.”