With development of the Vadhavan port, India will break into the countries with top 10 container ports in the world. 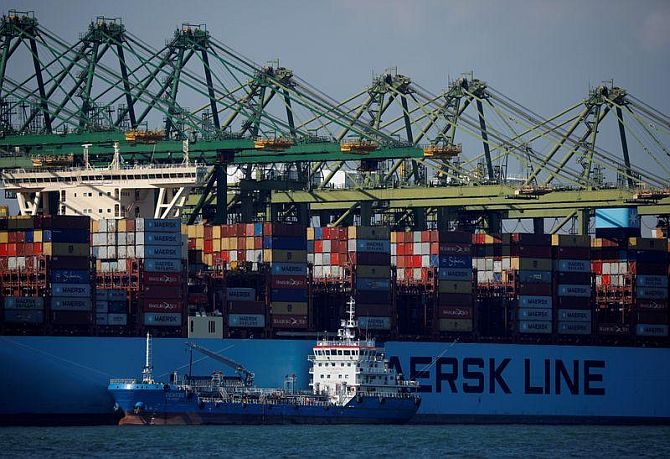 The Union Cabinet on Wednesday approved the setting up of the country’s 13th major port at Vadhavan in Maharashtra at a total cost of Rs 65,544.54 crore.

The Vadhavan port will be developed on “landlord model” (where infrastructure is leased to private firms or industries and chemical plants).

A special purpose vehicle (SPV) will be formed, with the government planning to hold 51 per cent stake in the project.

The SPV will develop the port infrastructure including reclamation, construction of breakwater, besides establishing connectivity to the hinterland.

All the business activities would be undertaken under the private-public partnership mode.

“Setting up a major port is a big task and takes time but I am hopeful that we should be able to start work on the project soon,” shipping minister Mansukh Mandaviya said.

The reason behind setting up another major port on the  west coast is because of the exhaustion of container cargo capacity of the JNPT, which is 10 million TEUs (twenty foot equivalent unit).

On the west coast, this capacity is 18 million TEUs while the total requirement will increase to 25 million TEUs in 2030.

With development of the Vadhavan port, India will break into the countries with top 10 container ports in the world, Mandaviya said.

The central government felt the need for a deep draft port to accommodate the largest container ships in the world.

The new port will also cater to the spillover traffic from JNPT once its planned capacity of 10 million TEUs is fully utilised.

The Vadhavan port has a natural draft of about 20 metres close to the shore, making it possible for it to handle bigger vessels.

Development of this port will enable cargo container vessels of 16,000-25,000 TEUs capacity, giving advantage of economies of scale and reducing logistics cost.

The demand for container traffic will further accelerate after the plans for improving logistic infrastructure fructify and the ‘Make in India’ push drives greater exports, an official statement said.

Image used for representation purpose only

A Group of Justin Bieber Fans Got A Big Surprise From The Singer Today!

Lily Collins and Ashley Park Make One Seriously Stylish Pair of Friends
We and our partners use cookies on this site to improve our service, perform analytics, personalize advertising, measure advertising performance, and remember website preferences.Ok