Queen Elizabeth II and President Joe Biden met up at Windsor Castle on Sunday. The pair — alongside First Lady Dr. Jill Biden — convened at the dais in the Quadrangle of the castle, where a Guard of Honor formed of the Queen’s Company First Battalion Grenadier Guards gave the Bidens a royal salute.

The couple has been in England for the G7 Summit, which began Friday in Cornwall, England. The Bidens briefly met the queen on Friday, and enjoyed tea with her at Windsor Castle on Sunday. 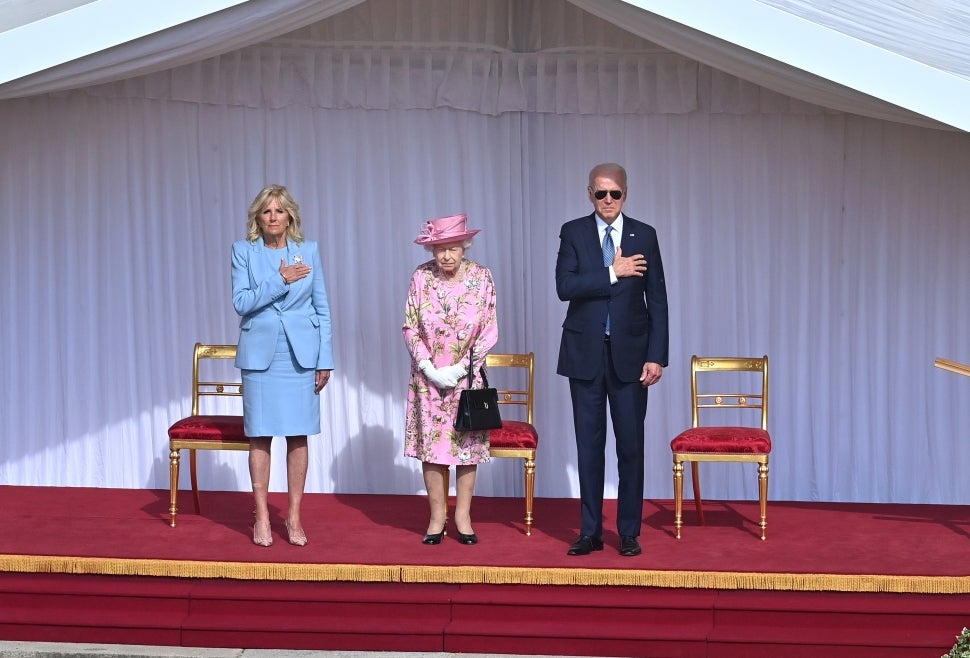 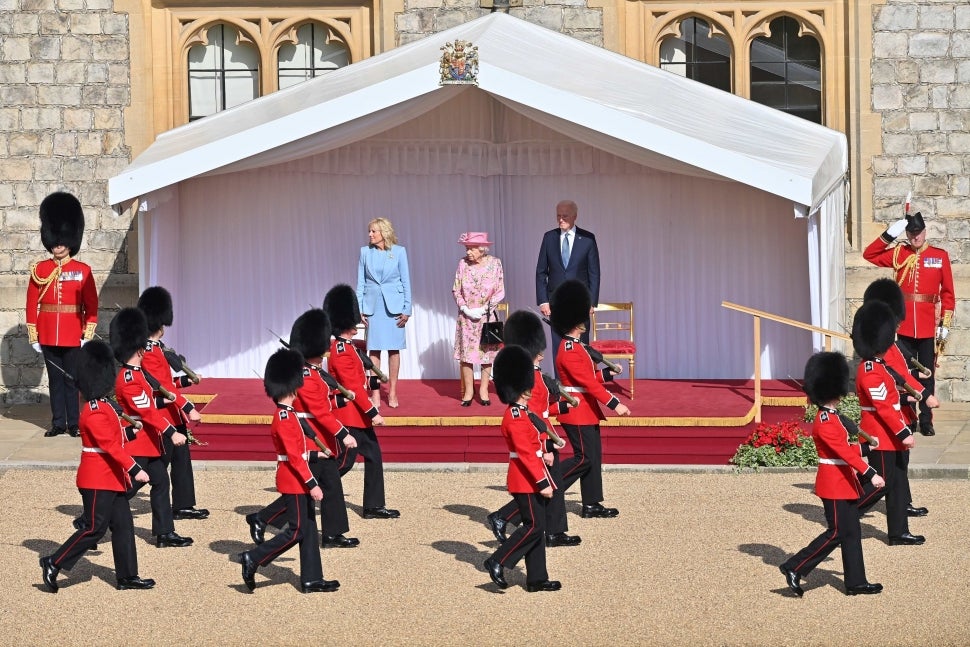 On Friday, the president and first lady met the queen at The Eden Project in England, where Prince Charles, Camila, Duchess of Cornwall, Prince William and Kate Middleton were also in attendance. This marked the Bidens’ first in-person visit with the queen of England since stepping into their roles in January.

G7 leaders from Canada, France, Germany, Italy, Japan, the U.K. and the United States meet this weekend for the first time in nearly two years, for three-day talks in Carbis Bay, Cornwall.

Queen Elizabeth has met with many American presidents during her nearly 70 years on the throne. Most recently, she hosted President Donald Trump and first lady Melania Trump in 2019, as well as President Barack Obama and first lady Michelle Obama in 2016.

See more on the royal family in the video below.