Bob Woodward and Robert Costa’s ‘Peril’ explores the transition from a Donald Trump presidency to a Joe Biden one, offering amusing details about a room in the White House with a giant golf course projector screen.

President Joe Biden had some trouble adjusting to a White House previously occupied by Donald Trump, according to a new book by journalists Bob Woodward and Robert Costa. In Peril, out Tuesday, Sept. 21, the Washington Post reporters chronicle the contentious presidential transition that occurred earlier this year, detailing everything from the Capitol insurrection to, strangely, a giant virtual golf course set up — one that reportedly elicited quite the response from Joe.

The book details how Joe adjusted to the “cold” White House upon the transition, with Bob and Robert writing that Donald’s “existence permeated” the space. When Joe discovered a room with a giant virtual golf screen that displayed famous golf courses, he called his predecessor an “a-hole,” according to the book. Per ABC News, the excerpt read: “One night, Biden wandered into a room where a huge video screen covered the wall.”

“To relax, Trump used to upload programs to virtually play the world’s most famous golf courses,” the excerpt continued. “‘What a f—— a——,’ Biden once said as he surveyed the former president’s toys.” Per the authors, the president and his aides “hated to utter Trump’s name,” so much so that they avoided using “the T word.” HollywoodLife has reached out to the White House for comment on the book. 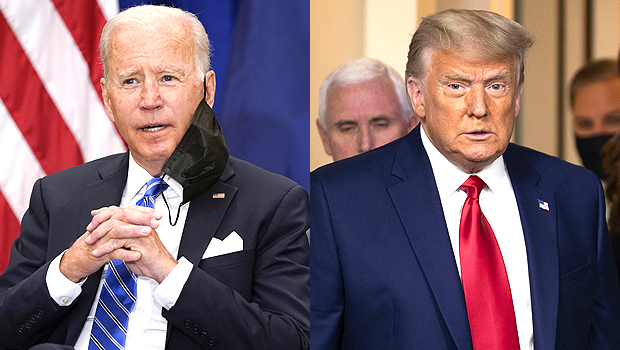 The authors also reported that Joe referred to the White House as “the tomb” during that adjustment period, writing, “It was lonely. Cold. The virus made social events impossible, at least at the start.” They added that the president preferred “relaxing with the grandkids back in Delaware.” Ron Klain, the White House chief of staff, is quoted as noting to others, “Being upstairs at the White House feels like you’re staying at someone else’s house.”

Peril is the third volume of Bob’s trilogy centered on Donald, following Fear and Rage. The authors interviewed more than 200 people at the center of it all, supplemented by over 6,000 pages of transcripts, confidential calls and meeting notes, and government records. The title itself is a reference to Joe’s inauguration speech in January. “We’ll press forward with speed and urgency,” he told the nation. “We have much to do in this winter of peril and significant opportunities.”