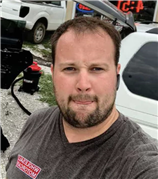 Josh Duggar will be sentenced to federal prison in two weeks.

With the former reality star and convicted child sex offender so close to learning his legal fate, Duggar’s defense team submitted a sentencing memorandum in the Western District of Arkansas Federal Court in Fayetteville on Wednesday, May 11.

This memorandum was 30 pages in length.

And it listed the reasons why Duggar should receive a lenient sentence on May 25.

(For the record, Duggar was convicted on two counts of sex abuse in December; he’s eligible to serve up to 20 years behind bars for each count.)

The defense filing opens by stating that it is seeking a punishment that is “sufficient, but not greater than necessary.”

Josh’s attorneys then try to emphasize the unusual circumstances of the case, stating that Duggar — a 34-year-old father of seven, whose latest child was born in October — has “lived an admirable life while navigating unique challenges associated with being in the public spotlight since childhood.”

That’s quite a take on his situation and his past, many critics would likely respond.

Duggar confessed in 2015 to molesting a number of young girls when he was a teenager, long before his family ever starred in a reality show.

He admitted that same year to cheating on his wife with women he met on an adultery-themed website.

“Duggar asks this Court to recognize him for the person he is and the person he can become,” the lawyers wrote in their memo, adding that Duggar has never before been charged with any crimes.

(This, of course, may very well be due to Josh’s parents helping to cover up his molestation scandal, refusing at the time to report their oldest child to the authorities.)

The memo continues by detailing the defense’s view of Duggar as a “fully devoted” family man who commits “selfless acts outside of the public spotlight that speak to his true character,” continuing as follows:

The real Josh Duggar is not the caricature often portrayed in the public spotlight to sell a tabloid or to generate internet traffic.

It is a profoundly hardworking man committed with every grain in his body to his family, his faith, and to helping those around him at any cost.

There’s a lot more, too, as it is the job, naturally, of any defense team to fight in the best interests of a defendant.

As such… the documents claims that Duggar’s life has been “shattered” and that his “reputation, career, and family have all suffered” due to his conviction.

It states that he “will lead a productive and lawful life following any sentence imposed by this Court.”

Duggar — who was found guilty last year of downloading sexually graphic photos and videos of kids under the age of 12 — “maintains his innocence,” his lawyers argue, while also accepting that the crime in question is serious in nature.

At another point, the memo touched on Duggar’s molestation scandal, which it referred to as Josh’s “Uncharged Alleged Conduct as a Child.”

The team argued that these alleged offenses occurred more than 20 years ago, adding:

“This cannot possibly be reasonably construed to constitute a ‘pattern of activity’ sufficient to warrant an increase of 5 offense levels.”

These same lawyers believe a mere five-year sentence is appropriate because Duggar’s heinous actions took place over an “extremely short period of time.”

“The bottom line,” Duggar’s attorneys stated, “is that with a lifetime of sex offender registration requirements and the inherent shame and humiliation that comes with this history in a Google era, Duggar will have to suffer the consequences of his conviction for the rest of his life — regardless of how long he is in prison.”

As he should, many believe.

The prosection in this case, meanwhile, submitted a sentencing memorandum of its own that calls forr a 20-year sentence.