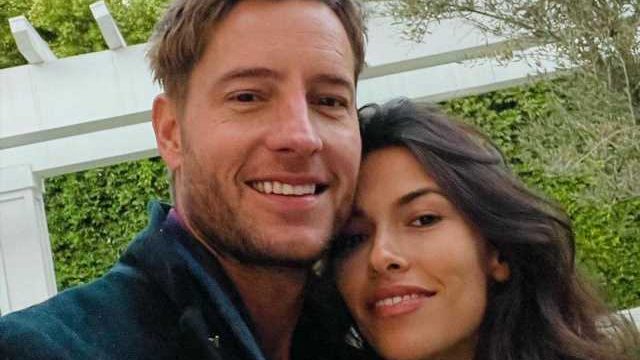 The ‘This Is Us’ star and his actress girlfriend are both spotted wearing matching bands on their left ring fingers when having a romantic beach date in Malibu, California.

AceShowbiz –Justin Hartley and Sofia Pernas may have taken their relationship to the next level, several months after his divorce was finalized. The couple sparked wedding rumors after they were spotted wearing matching rings.

Both the 44-year-old actor and the 31-year-old actress were photographed having the bands on their left fingers during a romantic beach date in Malibu, California on Saturday, May 1. The “This Is Us” star’s ring looked red, while Sofia’s ring was silver in color.

The pair were lovey-dovey and showed some PDA during the outing. In some pictures obtained by Page Six, the lovebirds were all smiles as they were sitting on the sand while having drinks with friends.

At one point, Justin put his hand around Sofia’s shoulders while he was holding a bottle of beer in his other hand. The two were smiling from ear to ear. The Morocco-born beauty was also snapped kissing her hunky man’s arm.

For the beach date, Justin opted for comfortable fashion in a dark blue shirt and gray jeans. As for Sofia, she kept it chic, but casual in a white off the shoulder top teamed with blue jeans and cream-colored flip flops.

Neither Justin, Sofia nor their reps have commented on the wedding speculation.

The pair were first romantically linked in summer 2020 amid his nasty divorce battle with Chrishell Stause. They made their relationship Instagram official as they geared up to usher in the New Year.

“Last minutes of 2020 here in LA. Bring on 2021! Happy New Year!” Justin wrote along with a black-and-white photo of him and his girlfriend. Sharing another photo of her with the “Smallville” alum, Sofia penned on her own Instagram post, “Sayonara 2020, it’s been real. Happy New Year from our quarantine den to yours.”

Justin has been married twice before, to Lindsay Korman from 2004 until their divorce in 2012 and to the “Selling Sunset” star, Chrishell, from 2017. He filed for divorce from his second wife in November 2019 and it was finalized in February of this year. Justin shares a 16-year-old daughter, Isabella, with his first ex-wife, but has no child together with Chrishell.