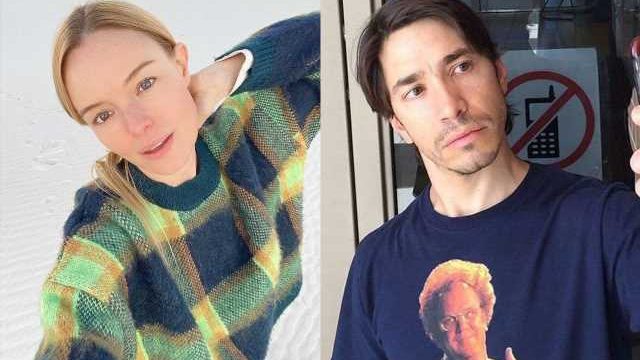 When speaking to his guest during his latest ‘Life Is Short With Justin Long’ podcast interview, the former star of ‘New Girl’ shares a fun story of his new girlfriend.

AceShowbiz –Justin Long has revealed that he has a special woman in his life. After being rumored to be dating Kate Bosworth, the former star of “New Girl” confirmed that he is currently in a relationship.

Speaking to Fortune Feimster in the latest episode of his “Life Is Short With Justin Long” podcast, the 43-year-old actor made the revelation after he asked his guest to identify her “go-to pizza topping.” In response, the “Fortune Feimster: Sweet and Salty” actress said, “This is controversial. Pineapple.”

“People have been saying that lately,” Justin replied, admitting he’s not a fan of pineapple on pizza. He added, “It’s funny,” before casually revealing that he’s no longer single, “My girlfriend said hers is — she loves the pineapple, too.”

Justin continued, “I’ve never been with anyone who likes pineapple on pizza.” Fortune went on to share that “Italian people get very angry” about pineapple being placed on pizza, prompting the “F Is for Family” actor to say, “I know.”

In the podcast, Justin didn’t reveal the identity of his girlfriend. The revelation, however, arrived after he was rumored to be dating Kate three months after she announced her split with husband Michael Polish.

In November, Deuxmoi sparked romance rumors between the talented actors after asking followers, “What celeb secrets can you spill?” The celebrity gossip Instagram account then received plenty of responses including from one follower who wrote, “Justin Long and Kate Bosworth are dating.”

“Oh, I know this is fact! Justtttt after they finished their movie in the Ozarks they came into a deli in Fairfield CT together and were cuddly,” another person doubled down on the speculation. “This was before she announced her split with her husband. I think end of May?”

In May, it’s reported that Justin and Kate had been spending plenty of time together in Fayetteville, Arkansas as they filmed a movie together. At the time, Kate also shared a flirty Instagram post featuring some images of them enjoying their time in the city.

“There are some movie experiences when you learn a lotttttt about another person. Well, we just wrapped one of those — all night shoots, working 6 day weeks,” Kate wrote in the caption, adding, “The exhaustion & insanity was off the grid. Holy moly @justinlong you are a truly spectacular / fun / funny / kind / rare / thoughtful / totally. fckn. rad human being?” She then concluded her post by thanking Justin, “THANK YOU for lifting us up… you kept it light & full of laughter daily, even through the toughest moments. You gnome how much I love ya? (sorry had to,).”