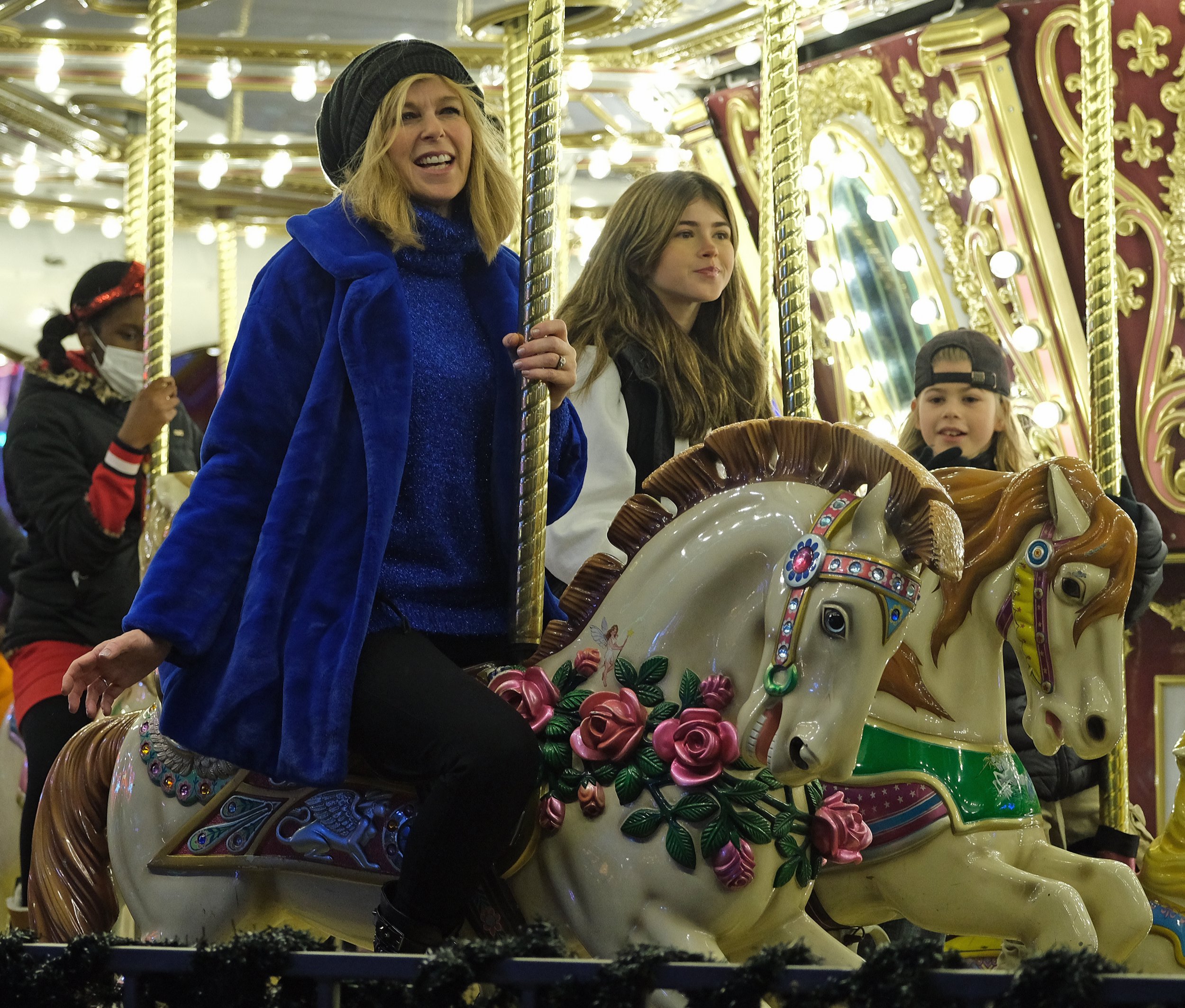 Kate Garraway finally got to go out and have some fun following her husband Derek Draper’s lengthy Covid battle.

The Good Morning Britain host, 54, beamed with joy as she took to the rides at Winter Wonderland with her children, Darcey, 15, and son Billy, 12.

Kate wrapped up warm in an eye-catching blue fur coat and matching jumper as she waved to onlookers while riding the carousel.

She also played games with her kids, as they attempted to win prizes by throwing rings over bottles.

The broadcaster had a huge smile on her face as she enjoyed a rare carefree moment following a tough 18 months for the whole family.

Kate has been balancing mum life and her career with caring for husband Derek, 54, after he became gravely ill with Covid and spent a year in hospital.

The TV presenter has spoken openly about Derek’s struggles and fronted an award-winning documentary that touched the hearts of the nation as they became privy to the severity of Derek’s condition.

After a long period of hospitalisation, Derek was finally allowed home last year, which, ahead of Christmas, Kate said was ‘the biggest gift’ she could’ve hoped for.

Kate spent thousands of pounds transforming her home to ensure it was appropriate for Derek and his needs, as he is the most-affected person to have survived catching Covid.

The family-of-four were then able to enjoy a night out to a pantomime.

Derek ventured out in his wheelchair with a huge smile on his face.

I’m A Celebrity campmate Kate has been enjoying a slice of normality as of late, as she took her kids to an Arsenal game.

She was also awarded an MBE in the New Year’s Honours list for her services to broadcasting, journalism and charity.

Kate has enjoyed a successful career spanning decades, working on the nation’s favourite shows, including GMTV, Lorraine and will soon take over from Piers Morgan to front Life Stories.