Mackenzie Ziegler is perched on a couch in the Elite Daily green room in what look like brand-new white leather Doc Martens. When I interrupt her texting to introduce myself, the 15-year-old gymnast, actress, dancer, and singer, Kenzie (as she’s more commonly known these days) throws her phone down to jump up and audibly scream, “Oh my God, HI!” Then, she hugs me as if we are longtime best friends. It’s immediately clear that none of this — hours-long photoshoots, interviews, or press junkets — is new for the pop-star. Kenzie Ziegler is clearly on the rise.

“I honestly don’t even know what I’m doing,” Ziegler excitedly expresses as she collapses farther into the couch we are sharing. Even when she mentions the unknown aspects of the future, uncertainty isn’t a word I’d use to describe Ziegler, especially since the 15-year-old has already been excelling professionally for over a decade.

Under the leadership of Abby Lee Miller, owner of the award-winning competitive dance team Abby Lee Miller Dance Company, Ziegler was encouraged from the age of 2 to dedicate herself to the arts. In 2011, Lifetime saw an entertainment opportunity in Miller’s grueling intensity and created Dance Moms, a reality television series documenting competition dance culture. By the end of the show’s first season, Ziegler was well-known as the youngest member of the highly-competitive dance team, competing with and against her older sister, Maddie Ziegler, and peers-turned-celebrities Chloe Lukasiak, JoJo Siwa, and Nia Sioux. All the dancers on the show went on to have independent careers separating themselves from Miller’s virulent guidance. 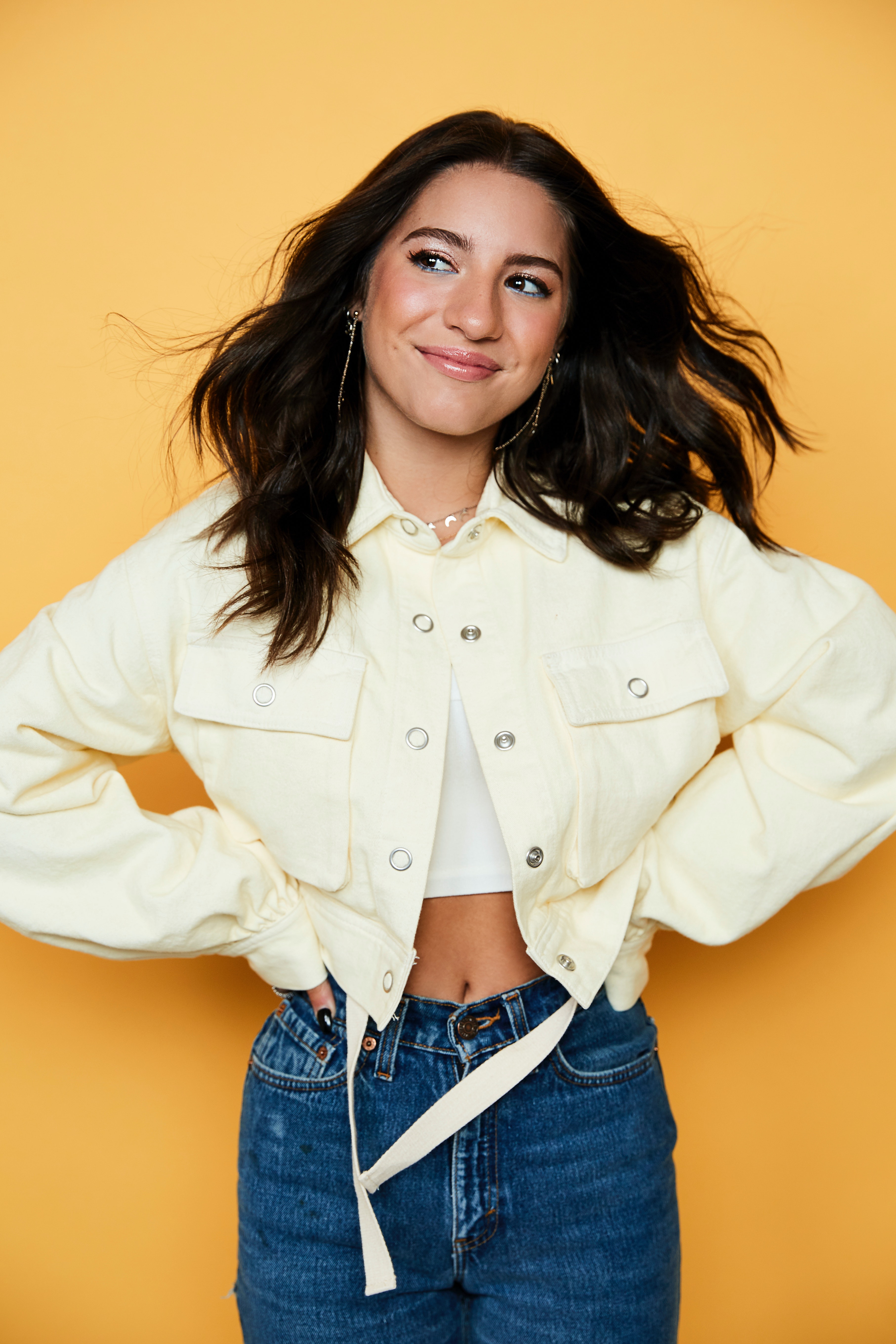 There was nothing subtle about the way Dance Moms pitted Ziegler against her older sister. “When [Maddie] and I were younger, we literally hated each other,” Ziegler recalls as she reflects on her childhood. By the time both sisters left the show in Season 6, they each had massive platforms for self-expression. For Ziegler, this meant a debut acting role in Nickelodeon’s sitcom Nicky, Ricky, Dicky, & Dawn, a book deal, and various viral pop singles. "Now, [Maddie and I] are best friends. She’s really supportive of me, which is so awesome,” Ziegler explains about her ever-evolving contentious sibling relationship.

Even as she moves farther away from competing, hard work remains cemented into Ziegler’s understanding of self. “I’ve always been very driven. I guess that comes from competitions. I’ve just always been hardworking,” she explains. “I’m surprised I have a day off today,” she nonchalantly jokes with me in the middle of our interview. 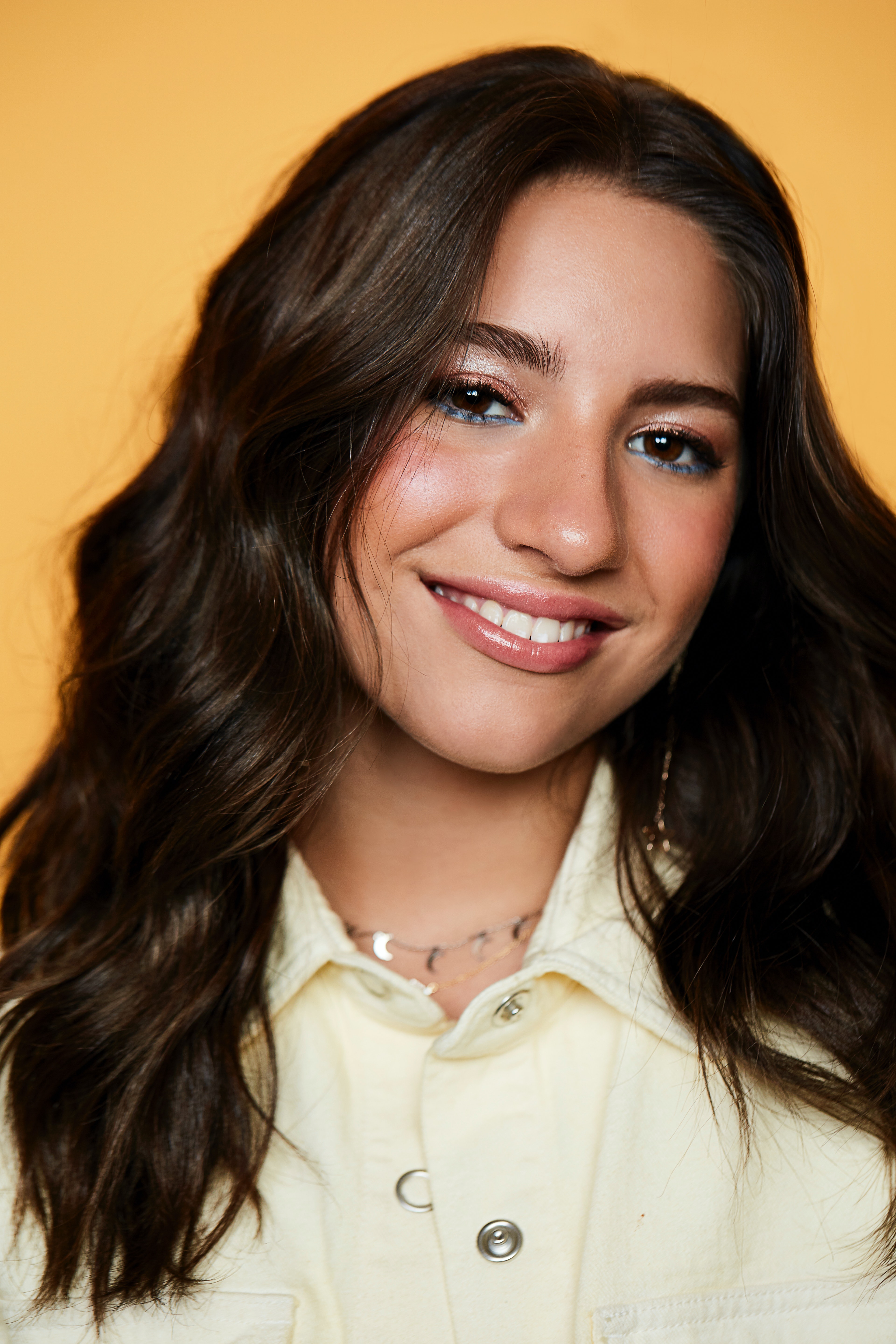 In just the 24 hours preceding our time together, Ziegler has been exerting herself non-stop. At midnight on July 24, just hours before our meeting, she released her latest video, "HOT," on her YouTube channel to her over 3 million subscribers. She’s in NYC for a few days because she’s on tour with PRETTYMUCH, an American-Canadian pop boy band with over 4 million monthly listeners on Spotify.

"HOT," which came out on July 17, is not Ziegler’s debut single, either. “I put music out when I was 9 years old and it was awful. I just didn’t sound like myself,” she says, with self-deprecation in her voice. In 2014, Ziegler released her debut album, Mack Z, which featured singles "Girl Party," "Shine," and "Christmas All Year." The star also collaborated with Johnny Orlando on various viral pop hits. Last November, the singer released her second album, Phases, which featured the singles “Nothing On Us” and “Wonderful." Right now, the singer has over 690,000 monthly listeners on Spotify and 13 million devoted Instagram followers. 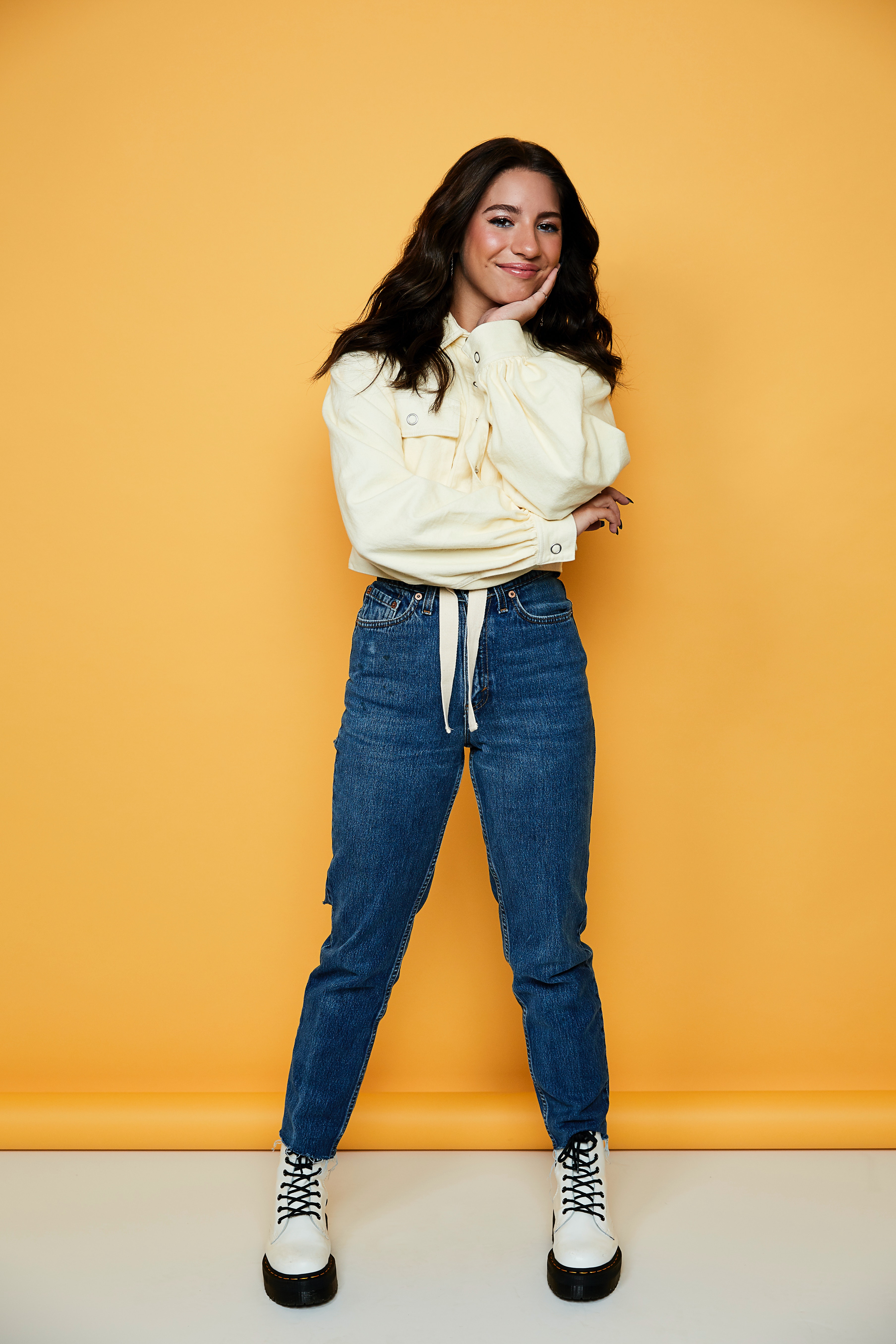 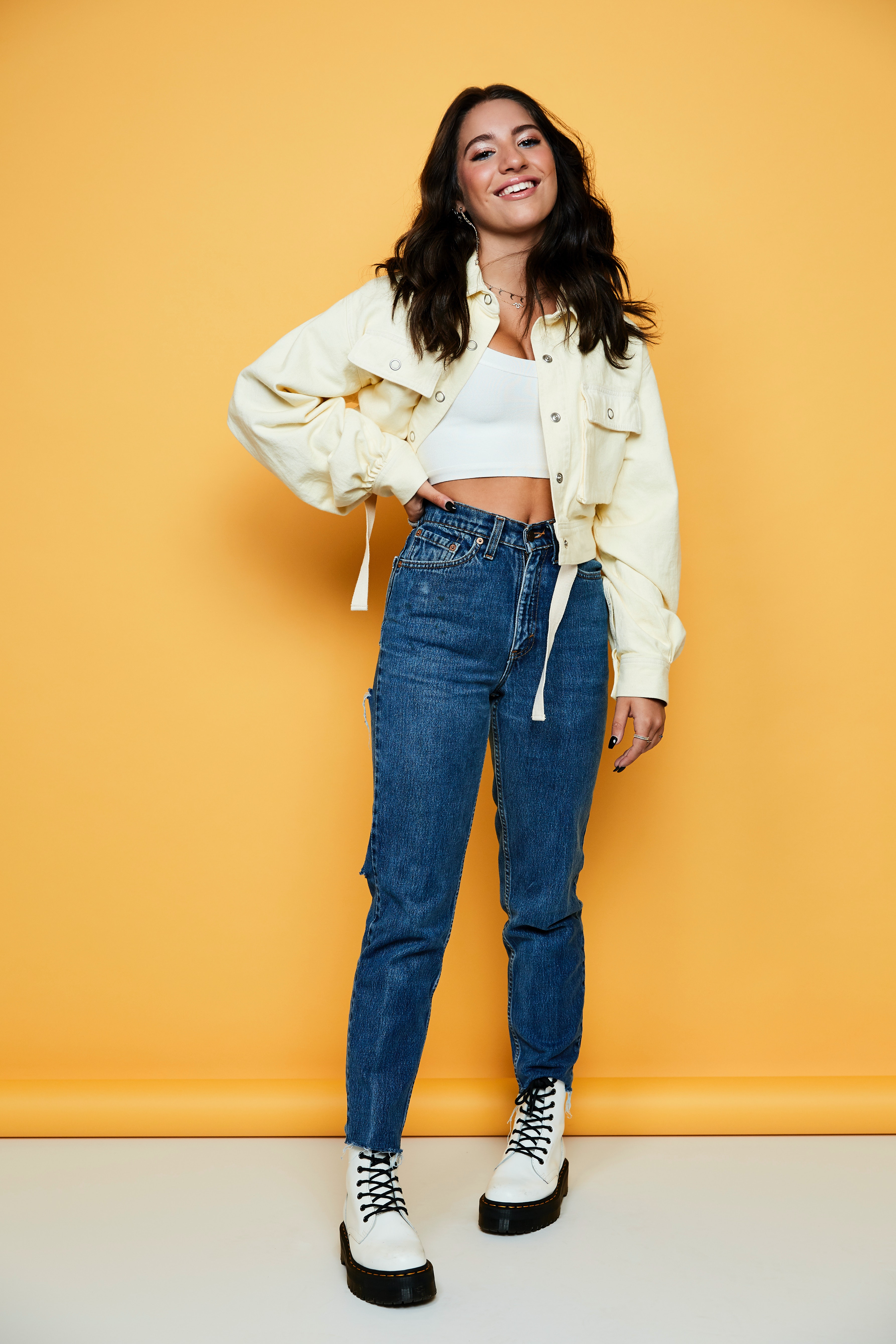 Kenzie is also in the middle of promoting Season 4 of Brat’s Total Eclipse, a popular show on YouTube, where Ziegler plays the role of wannabe astronaut Cassie. The show, about a group of high school students at Millwood High, explores relevant themes like romantic relationships, friendships, and bullying to Brat’s more than 3 million YouTube subscribers. Ziegler understands why the show resonates with so many young people. “I think a lot of girls can relate to the show," she says. "Especially now that the show’s getting towards the end of Season 4, girls are growing up with us." Ziegler confirms that the entire cast is not just best friends on social media, either. "All of the girls on the show are my best friends in real life," she promises.

Despite this full schedule, Ziegler still makes time to indulge in pop culture with trendy taste that reflects the current cultural zeitgeist. She admires Billie Eilish. (“I love that Billie is different than anyone else right now. That’s why I look up to her so much.”) She stans ETHMA, YouTubers Emma Chamberlain and Ethan Dolan, who are potentially dating. ("I HOPE they’re dating because they’re SO cute.") And she just started posting to TikTok again, where she has already amassed a following of over 12.3 million fans on her account, @mackenzieziegler. "I used to post to Musical.ly all the time," she giggles as we debate the hottest TikTok trends. Ziegler confirms that she has not yet tried the infamous TikTok drink. 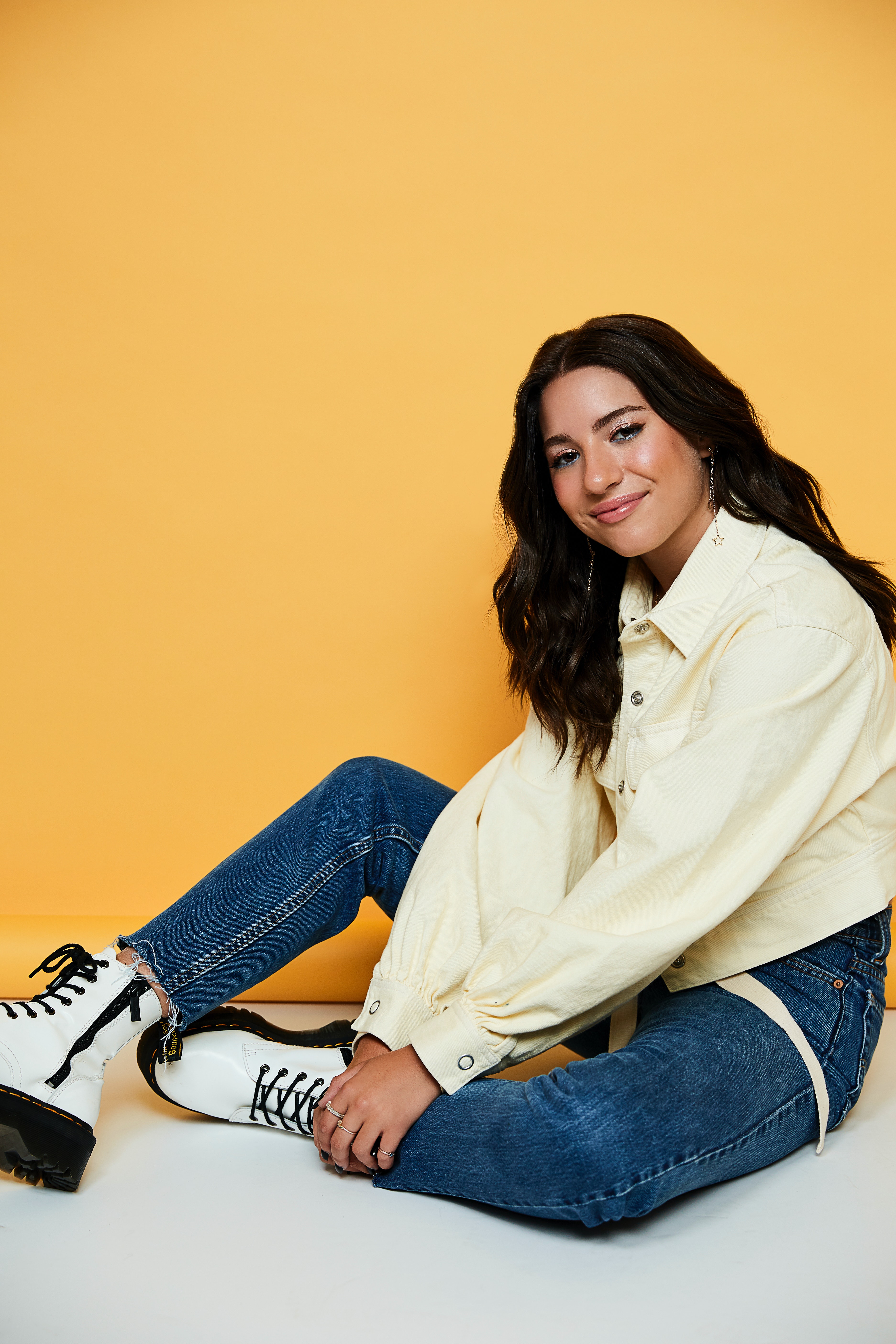 But even with so many followers, internet trends, and emerging platforms to keep up with both personally and professionally, Ziegler admits that her dependency on social media has become complicated. She explains, “There’s so much hate on social media and it sucks. I just really want to delete it all sometimes, but I can’t because it’s obviously my work.” Ziegler calls attention to the many practical skills that she has gained, too. She tells me, "YouTube has taught me how to be confident in front of a camera. When I filmed Dance Moms, I had no clue what was going on. I kind of understood towards the end, but in the beginning, I was 6, and I was like, ‘Why is there a [camera] following me around?’” She laughs, then continues, “Social media has made me really humble, too. I hate people who act differently because they have a lot of followers.”

Ziegler is aware that these lessons have become crucial to her success in this ever-evolving and social-media-centric entertainment landscape. "[I wrote ‘HOT’] a couple of days after my boyfriend and I broke up, " she explains. She pauses, looks towards her phone, and frowns. She adds, “Everyone kind of figured out who I wrote ‘HOT’ about and now they’re literally trashing him on Instagram.” From this experience, the star has learned to not share all of the details of her romantic life to her robust social media accounts. A shadow of somberness noticeably takes over the 15-year-old for a split second, then she adds with a swift smirk, “He still tries to talk to me all the time. I’ll show you,” alluding to the specific DMs (that I assume she left on read) from an ex-boyfriend that inspired "HOT." It’s no secret that Ziegler’s fans are loyal, taking to social media to vocalize this dedication and send her love during her breakup. But even as Ziegler speaks about her recently-ended relationship with an intense seriousness, she’s somehow still radiating energetic optimism and professionalism, especially as it pertains to how it informed her new music. “I go into a writing session and I just vent,” she explains about her creative process. Dissimilar from the Ziegler on Dance Moms in 2011, Kenzie is finally able to embrace the arts as a tool for catharsis, self-expression, and discovery. She explains, with another sizable grin, "With dance, you have to be prepared. If you don’t know a dance, you’re cut. But with singing, you can literally say whatever. It’s really cool.”

When it’s time for Ziegler to head out for the rest of her fully-booked day in New York City, she is once again reunited with her iPhone. By the time she stands up and meets the rest of her team sitting in the lobby, Ziegler is again transfixed by what looks like more than 1,000 Instagram notifications jumping off her iPhone screen. She’s, of course, still smiling.