The pair were spotted arriving at a dance studio in Calabasas, California, on Tuesday, July 20. Photos obtained by TMZ show Thompson, 30, holding the 3-year-old while Kardashian, 37, followed close behind the father-daughter duo.

The exes’ joint outing comes one month after Us Weekly confirmed that the reality star and the athlete had split. 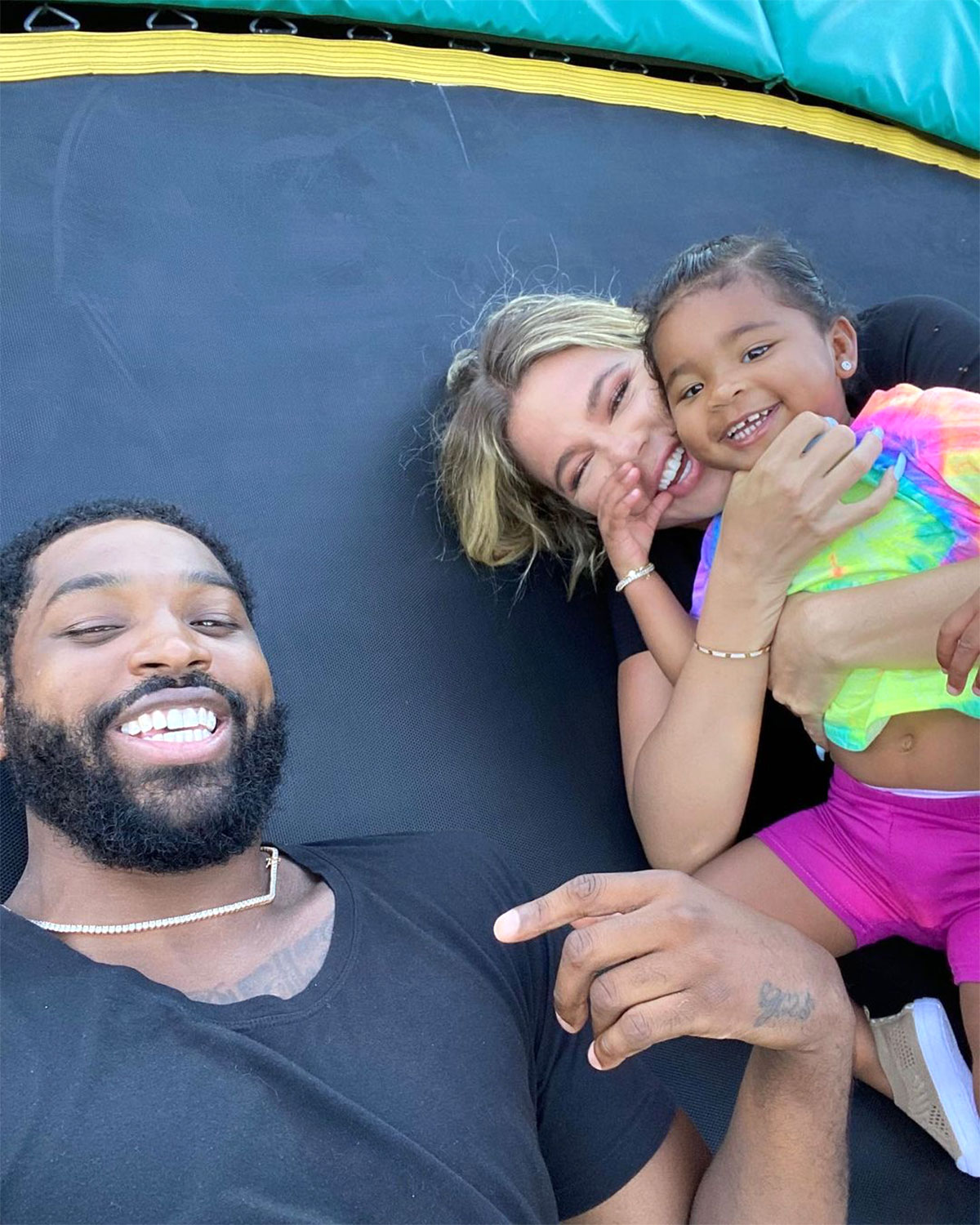 “They broke up a few weeks ago,” a source told Us in June. “They remain amicable toward each other and will continue to coparent. Things just didn’t work out.”

Us broke the news in August 2020 that the pair were back on after spending time together during the coronavirus pandemic, but a source later noted that the Keeping Up With the Kardashians alum couldn’t put allegations of Thompson’s infidelity behind her.

“They were doing well up until these girls came out saying they hooked up with Tristan,” an insider told Us in June. “She struggles because Tristan is the father of True, and she wants to be on good terms with him but is having trouble because she sees him as a cheater and thinks it’ll continue to happen if she takes him back.”

Despite their ups and downs, the California native and the Boston Celtics player are committed to making coparenting work.

“Khloe still loves Tristan and would take him back in a heartbeat, but that’s not happening any time soon,” the source added. “They spent pretty much 24/7 together and now that she broke up with him, they’re not around each other as much anymore. She’s trying to just adjust and transition into being friendly coparents and separate her emotions from him.”

A few days before the breakup was confirmed, the Strong Looks Better Naked author discussed where she stood with Thompson after everything they’d been through.

All the Times Tristan Thompson Insta-Flirted With Khloe Kardashian

“I mean, I definitely trust him as a friend and all those things, but I’m not someone that, you know, when I need to find out everything comes my way,” Kardashian shared during the pre-taped KUWTK reunion, which aired in June. “I just have to trust … I just need to focus on today and go day by day. I can’t worry too much about everything else.”

The Ontario, Canada, native, for his part, showed his support for his ex with a heartwarming message on her birthday.

“Happy birthday @khloekardashian. Thank you for being not just an amazing partner, mommy and best friend but also being the kindest, caring and most loving human being I’ve ever met,” the basketball star wrote via Instagram. “Your love and spirit is contagious to all who’ve met you. Thank you for always being there for me and putting our family first. I love you so much. Have an amazing day. ❤️❤️.”