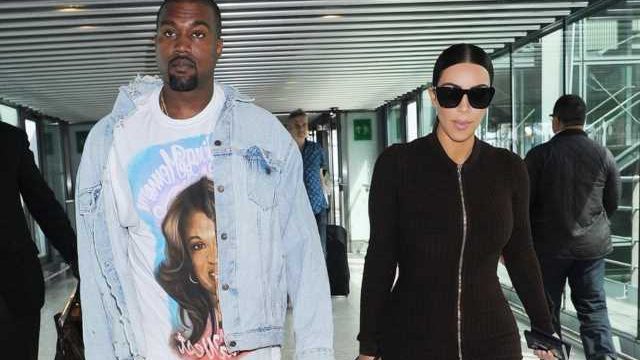 The SKIMS founder and the ‘Gold Digger’ rapper reportedly negotiate a buyout price for the home that they bought for $20 million in 2014 and shared during their marriage.

AceShowbiz –Kim Kardashian and Kanye West‘s divorce is still on despite recent reports suggesting otherwise. The reality TV star has scored a major win in their divorce as she has been awarded the $60 million estate in Hidden Hills, California.

Per TMZ report, the former spouses negotiated a buyout price for the property, which they bought for $20 million in 2014. They fully remodeled the house, the design and construction of which was spearheaded by Kanye, in 2019.

Kim and Kanye lived in the estate for several years of their marriage. The SKIMS founder has continued to stay in the property with her four children, North, 8, Saint, 5, Chicago, 3, and Psalm, 2, since she filed for divorce in February.

According to the news outlet, the negotiations on the home were extremely cordial between the exes, with Kim paying cash to even things out between them. Kanye himself recently purchased a $57 million Malibu beach house and just listed his Wyoming ranch for $11 million.

Back in 2020, Kim opened up with Architectural Digest about the home renovations. “I really didn’t know anything about furniture before I met Kanye, but being with him has been an extraordinary education,” she told the magazine. “I take real pride now in knowing what we have and why it’s important.”

Kanye worked with Belgian designer and tastemaker Axel Vervoordt to bring his vision to life. Of their similar tastes, the “Keeping Up with the Kardashians” alum explained, “The one thing Kanye and I had in common was our preference for a neutral palette. I love the simplicity of the design. Everything in the outside world is so chaotic. I like to come into a place and immediately feel the calmness. Kanye would come up with the most far-out ideas, and I’d say, ‘This is not normal. We need drawers!’ I was the voice of functionality.”