The Macy’s Thanksgiving Day Parade is right around the corner — and it looks like Team USA’s World Cup run is about to blow up along 6th Avenue.

The giant balloons and floats set to be trotted in and around New York City Thursday are up and ready for action — with some sneak peek shots showing us exactly what it’s in store … including a patriotic soccer player who’s going for goal.

One of the newer and more prominent attractions is this inflatable footballer who’s in the middle of a bicycle kick … no doubt, a nod to the U.S. Men’s National Team who are in Qatar right now trying to compete for the coveted FIFA trophy. 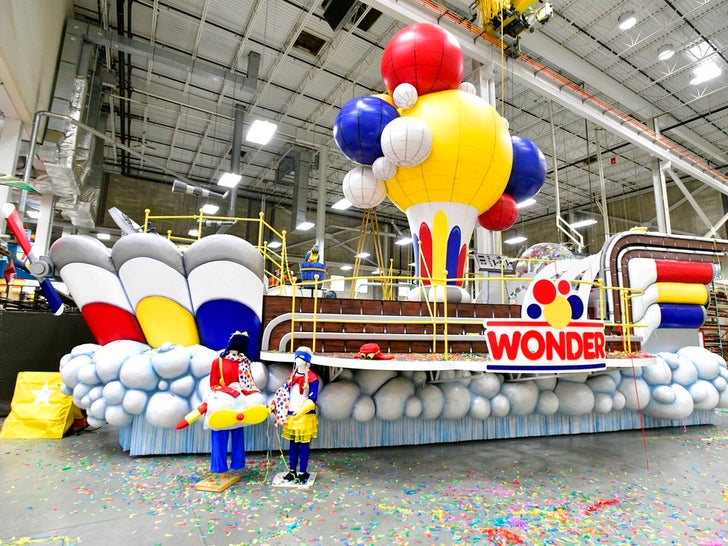 Other balloons that stand out … a big ol’ Ronald McDonald, a Green Dinosaur and her babies, Snoopy (classic), Papa Smurf, a Minion and others.

Of course, there are traditional parade floats that are receiving their final touches — and, yes, it’s all about advertising! Black Friday is the following day, after all … and these companies don’t want you to forget it. That includes Wonder Bread, Toys ‘R’ Us, Baby Shark (the show), and naturally … Macy’s. There’s also a cool Slumberland float, ala ‘Little Nemo.’ 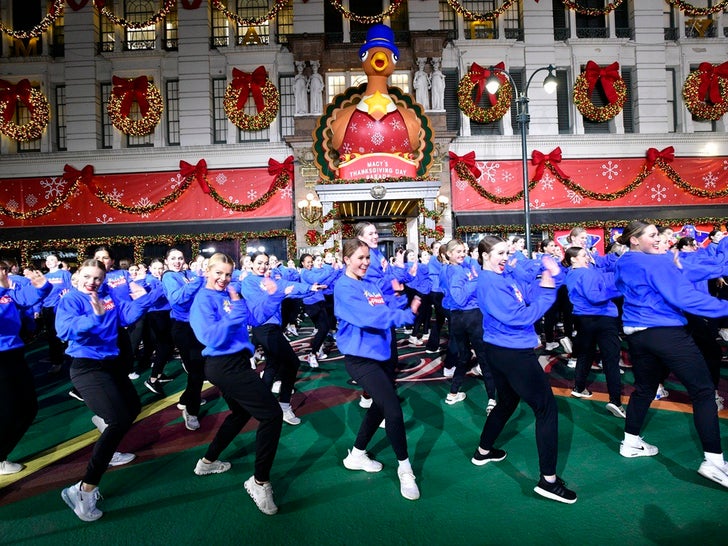 Finally … BTS shots of the rehearsal that was underway this week, with all the talent working out the kinks in the dark of night. Performers such as Jimmy Fallon, Black Thought, Jordin Sparks, Paula Abdul, Joss Stone, Sean Paul, Lea Michelle and more were on hand.