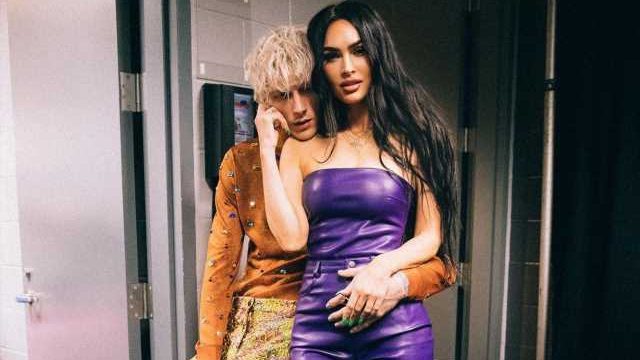 While they have toned down their PDA session, a source assures that the ‘Teenage Mutant Ninja Turtles’ actress and the ‘Bloody Valentine’ rapper are ‘far from breaking up.’

AceShowbiz –Megan Fox and Machine Gun Kelly‘s relationship is still going strong, though they may not show it as much as they used to. The actress and her rapper fiance are reportedly still madly in love and planning on getting married despite their quieter romance.

Although Megan and MGK seem to have dialed their relationship back in public, a source tells HollywoodLife, “They are far from breaking up and still fully planning on getting married, but right now the major focus is on his tour which goes until mid-October.”

MGK is currently on his worldwide “Mainstream Sellout Tour”, which will run until October 12 in Amsterdam. According to the so-called insider, once the tour is over, the pair will “focus on their wedding.”

While they used to draw a lot of attention early in their relationship, Megan and MGK reportedly want a low-key wedding. “They do both joke about running off to Vegas and eloping so that’s always a possibility, no one would be too shocked,” the source dishes.

Megan and MGK got engaged in January of this year after dating since June 2020. He proposed to her with a $400K 8-carat engagement ring. Back in February of this year, the “Bloody Valentine” hitmaker admitted that he’s been “struggling” to plan for the perfect day. During an appearance on “The Late Late Show with James Corden“, he told host James Corden, “The location is hard, trying to find a spot that’s matching my artistic [vision].”

Later in May, the 32-year-old father of one teased the possibility of eloping with his fiancee. At the premiere of his movie “Good Mourning“, he was asked if he and Megan would elope like his good pal Travis Barker and Kourtney Kardashian. “I want to kind of just let, let the world see that as it comes,” he coyly said at the time.