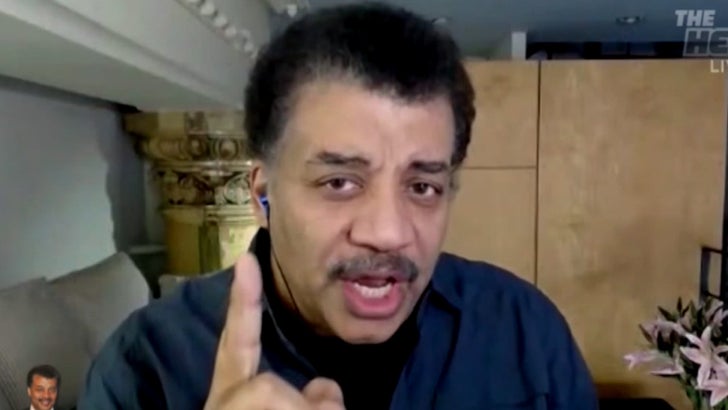 Remember, Mayfield tweeted with “almost 100%” certainty he and his wife saw a UFO Wednesday night … saying they saw a “very bright ball of light going straight down out of the sky.”

But, Tyson — certified science nerd — says Baker needs to come back down the earth … and suggests the QB brushes up on his meteor knowledge.

“Okay, so what he should do is go look at what meteors look like and most of them look like simple shooting stars,” Tyson said Friday on FS1’s ‘The Herd’ with Colin Cowherd.

In other words, don’t expect an alien invasion just yet, Bake.

Tyson says there are a bunch of amateur astronomers who spend countless hours looking in the sky … and there would be a lot more hubbub if it really were anything out of the ordinary.

“I think if there were aliens visiting, the astronomer community would catch it immediately.”

So there you have it. Bolides. Who’d a thunk it?