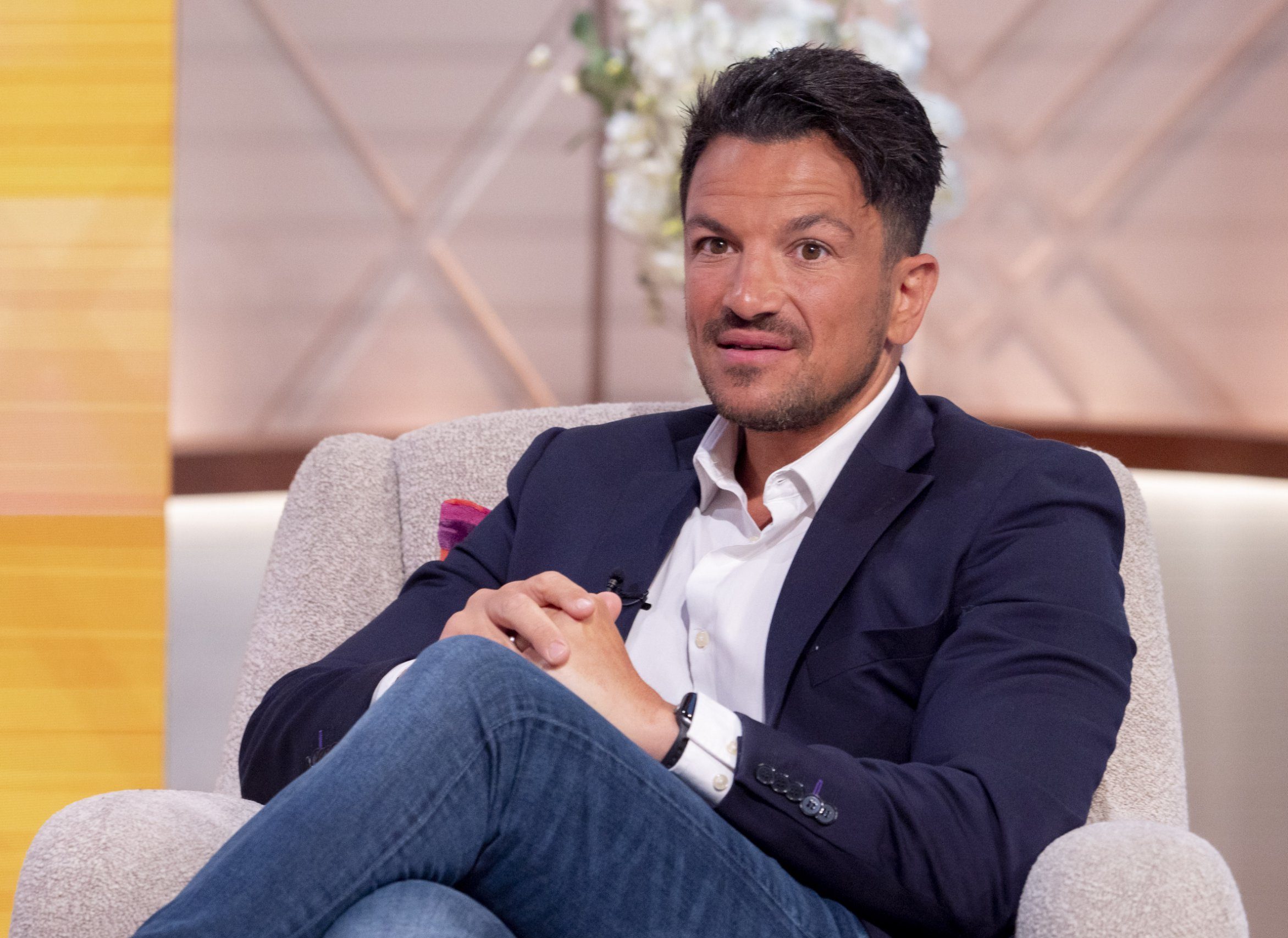 Meghan Markle and Prince Harry may be pushing it with one of their celebrity fans, with Peter Andre suggesting the pair’s moves may now be ‘wearing thin’.

The Duchess of Sussex surprised, well, everyone but Ellen DeGeneres when she made an unexpected appearance on The Ellen Show last week and dished on all things from going incognito with Harry to the teething journey of the pair’s daughter Lilibet.

However, while some fans loved the appearance, her detractors soon came out in force, not surprisingly led by Piers Morgan who labelled her a ‘gormless, desperate reality star’. Lorraine Kelly wasn’t too fond of her outfit, either.

Not so harsh, or sartorially focused, singer Pete has now shared his thoughts and conceded ‘it’s a tough one with Meghan and Prince Harry’.

He wrote in his New! column this week: ‘I’ve always stuck up for them, but I do think some of the choices that are being made are not great.

‘I want to support them but they’re making it quite difficult for people. Many are saying it’s started to wear thin, but on the other hand, they have also done some great things for charity.’

To view this video please enable JavaScript, and consider upgrading to a webbrowser thatsupports HTML5video

During Meghan’s latest TV appearance, she joined her friend Ellen to talk about her life with Prince Harry and their children Archie and Lilibet, who was born in June this year.

At one point in the show, Meghan participated in a segment that saw her wear a secret earpiece, with the talk show host feeding her instructions on what to say and how to act.

Under Ellen’s orders, the former Suits actor squatted in public, claimed she had ‘healing powers’ and drank milk from a baby bottle, all of which the studio audience found amusing to watch.

Not a fan, Piers said that he found the earpiece skit ‘soul-suckingly excruciating’, saying that it made him ‘genuinely want to puke’ and stating that it was ‘completely unacceptable’ for a member of the royal family to act in that manner.

Still, fellow GMB presenter Alex Beresford – who was at the centre of Piers’s exit from the flagship ITV show after the pair rowed over the royal – defended the Duchess and said: ‘Meghan Markle could have gone on Ellen, stayed silent and her critics would have heard her say something and would still be talking about her today.

‘The Duchess is keeping so many people relevant.’