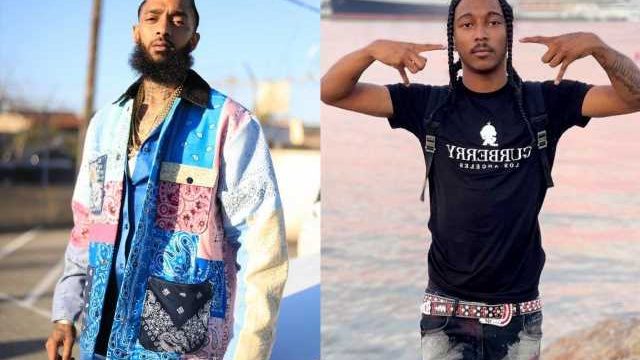 In a video which circulates online, the Inglewood artist is struggling to say, ‘Get help,’ as he is bleeding from his nose after gunshots are heard during a chat with his friend.

AceShowbiz -Another talent from R&B community has fallen victim to street violence. A rapper known as Indian Red Boy has been shot and killed in Hawthorne on Thursday afternood, July 8 for allegedly disrespecting Nipsey Hussle.

The Inglewood artist, whose real name was Zerail Dijon Rivera, was shot multiple times while he was sitting in his car, which was parked behind an apartment building at the 14100 block of Chadron Avenue in Hawthorne. A graphic video of the murder has been circulating online as he was on Instagram Live with a friend, @kapaalxt8, when the incident took place.

In the repost of his Live session with his friend, a round of bullets can be heard ringing out during his chat with the friend on the other side of the camera. He struggled to say, “Get help,” as blood was pouring from his nose.

His friend shouted at him, “Where you at?” to which Indian Red Boy inaudibly responded, “Hawthorne.” He then slipped away in the footage.

There has been some chatter on the Internet that the murder was a retaliation after Indian Red Boy defaced a Nipsey Hussle mural using red paint. Others, however, said another associate of Indian Red Boy was the one who defaced the mural.

The murder is currently under investigation, but police have not identified a suspect. The suspect fled on foot and detectives are now looking at video footage from cameras in the region and are asking the public to offer tips if they witnessed the act.

@kapaalxt8, who was on Instagram Live with Indian Red Boy during the senseless act, has taken to Instagram to pay tribute to the late rapper, but his account has since been set private. Meanwhile, other social media users have reacted to his death, with many linking it to his alleged Nipsey Hussle diss.

“Man I don’t want to see that Indian Red Boy video again and hate it came across my timeline. Clearly retaliation for nipsey mural but man…that was a lot,” one person wrote on Twitter. Another added, “Tell tha whole story on Indian Red Boy. Murk’d on IG live cause cuz disrespected Nipsey’s legacy & he’s guilty by association. It’s codes & consequences to that banging s**t. And no matter who you is or yo set, nobody disrespects Nip. He was respected by all gangs.”