What do Indian millennials expect from their first date?

Do they want to date someone younger or older?

Who should make the first move?

QuackQuack, an Indian dating app, conducted an online survey among millennials to find out what it is like to be dating online.

The survey conducted among Indians in the 25 to 35 years age group revealed some interesting facts about our dating preferences.

Here’s what the survey revealed:

Incomplete profile is a major turnoff for millennials

For a majority of millennials, a profile without a photo is a major turnoff.

According to the QuackQuack survey, 45% men said a profile without a photo is a ‘big no’.

Similarly, 27% women said they dislike a profile if the common interests don’t match.

On the other hand, 13% of men would dislike a user profile for bad looks.

13% of women would show no interest if the bio/about section of the guy is incomplete.

While a lot of us may still like to let the ladies go first, when it comes to making the first move, obviously our men take the first seat.

77% of women expect the guy to text them first.

Age is just a number!

As part of the survey, millennials were asked if they would be okay to date someone older/younger.

81% of men gave a nod to dating someone older than them.

50% of women said they don’t mind being in a relationship with someone younger.

The remaining 50% said they would never date someone who is not mature at their level.

Men are okay if their date brings along a friend, while women are not

As many as 56% of men said they are okay if their date comes along with a friend.

77% women were clear that they were not comfortable if their date is accompanied by a friend. 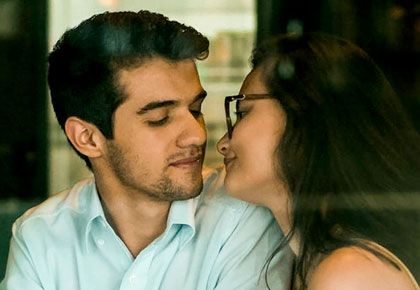 One of the oldest mosques in Hyderabad loses its minarets