‘Who have been fighting for us everyday, risking their lives, guarding us fearlessly.’
Text, Video: Hitesh Harisinghani/Rediff.com 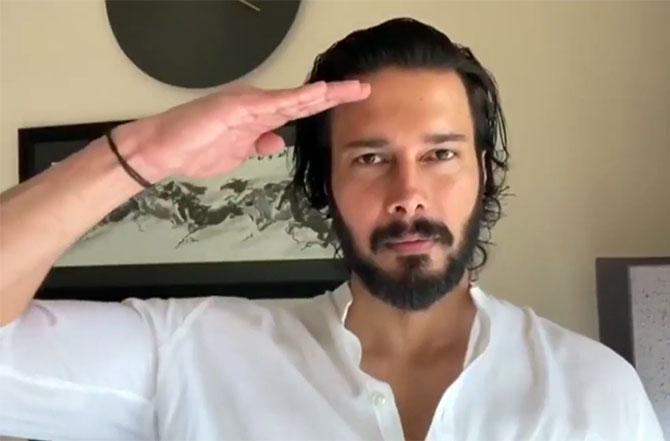 A few days before the lockdown was announced, Rajniesh Duggal returned to Mumbai from Lucknow where he was shooting Bagawat, his next film.

The actor, who has been posting videos and messages to inspire people to stay positive during the lockdown, recently shot a video Jai Hind Jai Bharat to thank the frontline warriors against coronavirus — doctors, nurses, health workers, policemen… 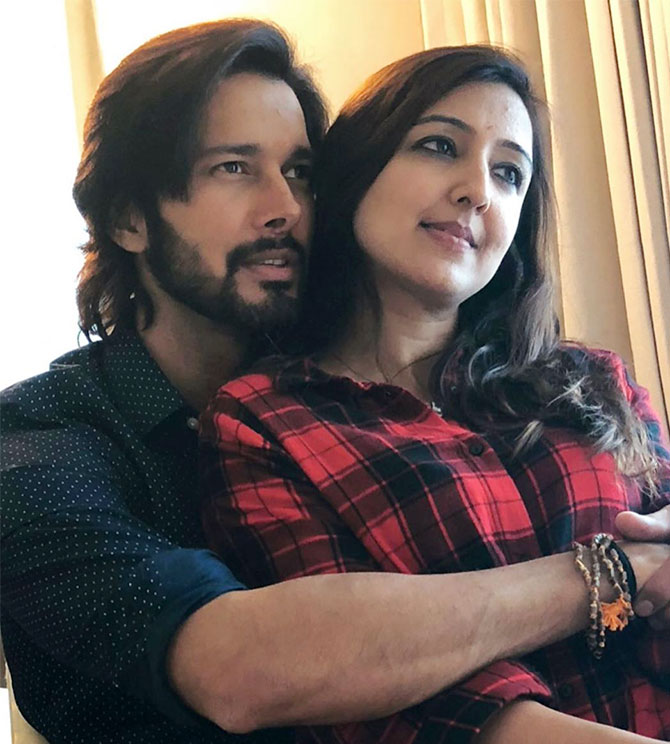 “This is for all the frontline warriors who have been fighting for us everyday, risking their lives, guarding us fearlessly,” Rajniesh tells Rediff.com.

“Shooting the song was a good experience. My wife Pallavi helped me,” he adds.

Rajniesh Duggal discusses the inspiration for the video and how he shot the song during the lockdown in the video below: As Rediff.com reported on June 17, Sanjay Leela Bhansali’s Bajirao Mastani will now be a musical on stage, featuring Rajniesh as Bajirao.

“It is a musical with the songs taken from Sanjay Bhansali’s film,” Rajniesh had told Subhash K Jha.

“It will show the journey of Kashibai, Bajirao and Mastani through some amazing dances and scenes,” Rajniesh added.

“I took this up in January and started rehearsals in February. It was to be held in April-end. The plan was to travel the world with it. But I guess it will go online now,” the actor said.

Rajniesh feels that shooting at home could be the new normal until we have a vaccine to protect humanity against the coronavirus.

“I hope the entire country comes out of this crisis soon.” 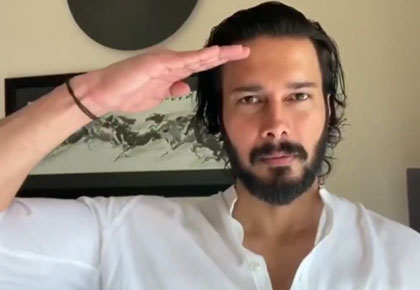