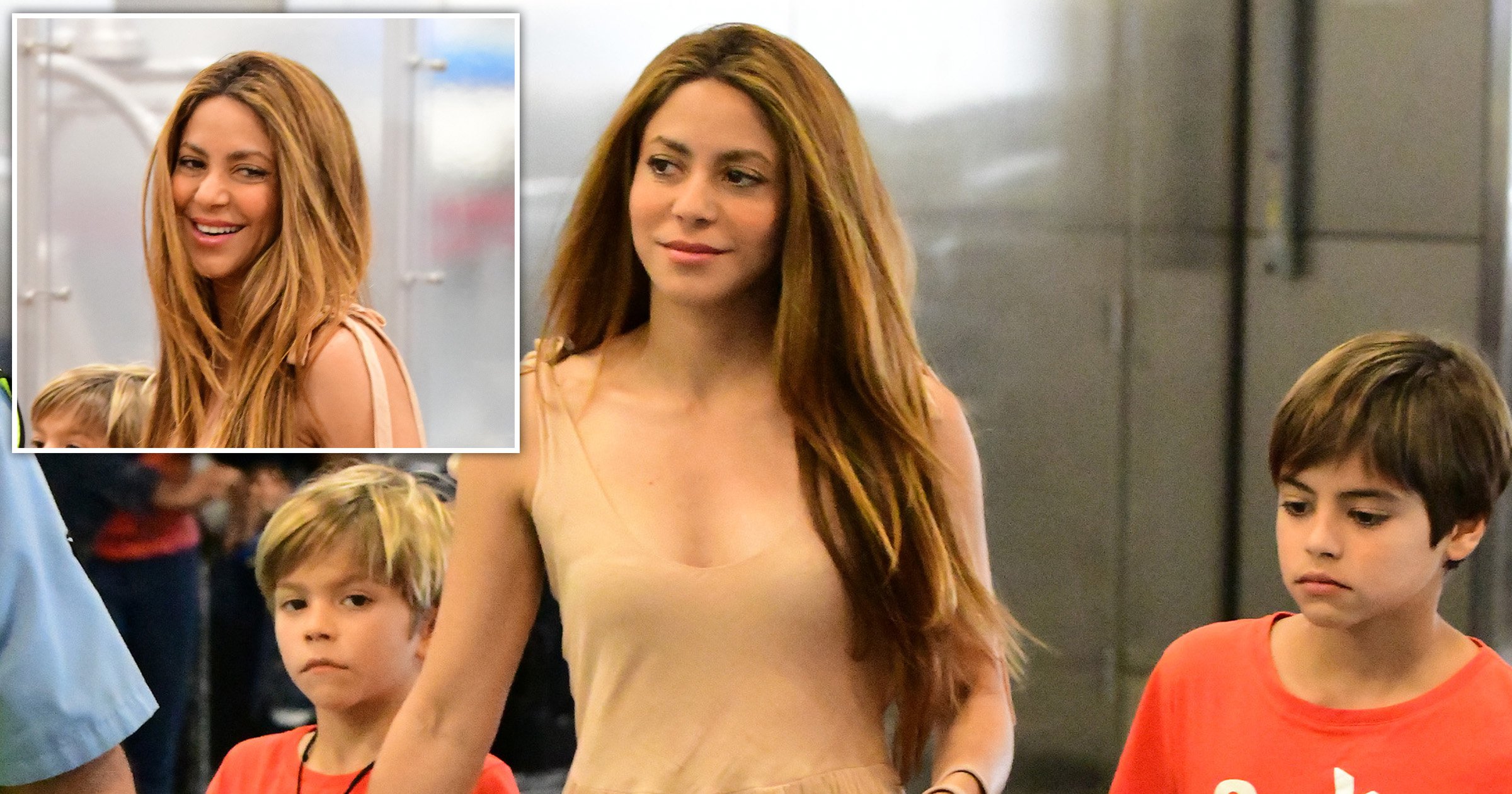 Shakira seemed carefree and relaxed as she touched down in Miami this week despite her facing serious legal issues regarding her taxes.

The Hips Don’t Lie singer was spotted arriving at Miami airport accompanied by her two sons Milan, nine, and Sasha, seven, who she shares with former partner Gerard Pique.

Looking summery in a peach-coloured sundress, Shakira, 45, held onto both of her boys’ hands as they walked either side of the music superstar. Flanked by burly security guards, Shakira seemed to be in cheerful spirits as she smiled for the cameras. At one point, Sasha appeared to give his mum a sweet kiss on her hand before clinging onto her arm.

It’s believed Shakira is hoping to make the move from Spain with the idea of Florida becoming her new home base.

The Grammy-winning singer has faced a difficult time recently with prosecutors in Spain calling for her to serve an eight-year prison sentence and a fine of €23million (£19.3million) after allegedly becoming involved in a €14.5m (£12.1m) tax fraud case.

According to Spanish newspaper El Pais, Shakira is accused of failing to pay taxes in Spain between 2012 and 2014. However, Shakira reportedly claimed she did not live in the country during this period. The prosecutor’s office is said to have asked for a prison sentence of eight years and two months for six alleged crimes against the Public Treasury.

Colombian star Shakira, full name Shakira Isabel Mebarak Ripoll, argues that she had legal residency in the Bahamas during the time period, and did not spend 183 days or more per year in Spain, which is the threshold to be considered a tax resident.

She has been accused of ‘hiding’ her income by using tax havens, which Shakira vehemently denies; she is seeking a full acquittal of all offences.

A representative for the She Wolf hitmaker told Metro.co.uk: ‘Shakira has always cooperated and abided by the law, demonstrating impeccable conduct as an individual and a taxpayer, and faithfully following the counsel of PriceWaterhouse Coopers, a prestigious and globally recognised tax firm.

‘Unfortunately, the Spanish Tax Office, which loses one out of every two lawsuits with its taxpayers, continues to violate her rights and pursue yet another baseless case.

‘Shakira is confident that her innocence will be proven by the end of the judicial process.’

Earlier this year, Shakira split from Barcelona legend Pique after more than a decade together.

Confirming the end of their relationship in a joint statement, the former couple said: ‘We regret to confirm that we are parting ways.

‘For the well-being of our children, who are our highest priority, we ask that you respect their privacy.  Thank you for your understanding.’