Priyanka Chopra and Nick Jonas got married in India in December last year. Priyanka and Nick had three-day wedding festivities at Jodhpur’s royal Umaid Bhawan Palace, where they exchanged wedding vows as per both Christian and Hindu rituals in two separate ceremonies. 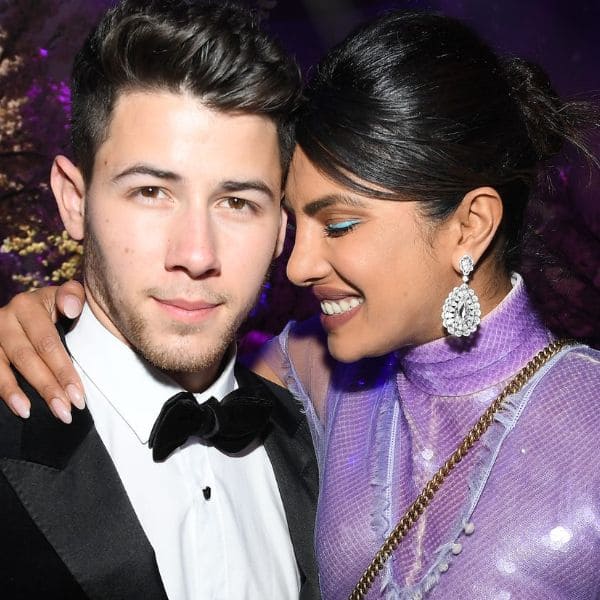 Would you believe if we said that Priyanka Chopra and Nick Jonas have been married almost for a year now? Yeah, you better do. Cause that’s that and the singer/actor is already planning a big surprise for the Mrs who is currently in India, shooting for a film. In fact, he has even claimed that he is working on something extra special to mark his first wedding anniversary with Priyanka Chopra. If you need a reminder, the couple got married in India in December last year. Priyanka and Nick had three-day wedding festivities at Jodhpur’s royal Umaid Bhawan Palace, where they exchanged wedding vows as per both Christian and Hindu rituals in two separate ceremonies.

“Well, I don’t wanna say what we’re doing to celebrate because it’s a surprise for her, and she might be watching. And if she is, then I wouldn’t want the surprise to be spoiled,” etonline.com quoted Nick as saying. “We will be taking a few days away from the tour to have some time. It’s been a crazy year. It’s flown by, it’s hard to believe it. John Varvatos was at our wedding, so he was there to be with us and it was a great couple days celebration. This year’s been, for she and I both, probably the craziest of our lives, but kind of nice to have that centering grounding feeling with each other,” he added.

Nick said that it didn’t take long to adjust to married life. “I think we settled into our roles as husband and wife fairly quickly. A lot of our friends always said that it seemed like we were supposed to be together, so it feels natural. There are natural adjustments when your life is becoming one together, but it’s been a beautiful year. Hopefully next year we have a bit more time to be in the same place, but being busy is not bad either,” he shared.

Nick and Priyanka don’t have a rule of how long they will go without seeing each other, but he said that communication is key in their successful relationship. “The good news is that we both really enjoy talking to each other, which I think is probably pretty important if you married somebody. There aren’t as many rules for, like, how long we can go and things like that. I think we just — we’d always just do the best we can and understand first and foremost we love what we do as well and support each other as well,” he said. Nick continued: “She’s (in India) making a movie that’s gonna be amazing. It’s a great thing to have a creative partner who totally understands your schedule as well and we’re both very supportive in that sense.”

If you’re not in the know, Priyanka is in Delhi shooting for Netflix’s “The White Tiger” alongside Rajkummar Rao. Adapted from Aravind Adiga’s prize-winning novel of the same name, the film is being helmed by Ramin Bahrani. It follows the extraordinary journey of a self-made man from being a tea-shop worker in a village to a successful entrepreneur in a big city. Stay tuned to BL for more updates and scoops!

With inputs from IANS