Celebrity Gogglebox favourite Stacey Solomon, 30, has criticised her boyfriend Joe Swash, 38, for his cheeky behaviour when the couple order takeaways together. Stacey addressed the issue while speaking to her Loose Women co-stars today about their partners taking liberties by stealing their food.

The star explained her beau has a habit of helping himself to her dinner, even after ordering his own meal.

Stacey told ITV viewers: “Joe waits for me to order before he decides what he’s gonna get because if we both ordered the shrimp, he’d have the right hump.(sic)

The television personality insisted she wasn’t being “selfish” in her attitude towards food and simply wanted to enjoy her meal without it becoming a “sharing platter”. 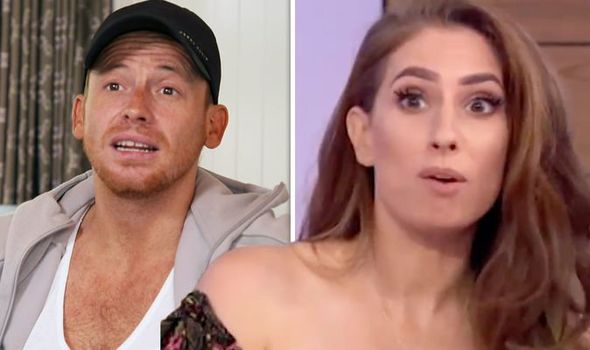 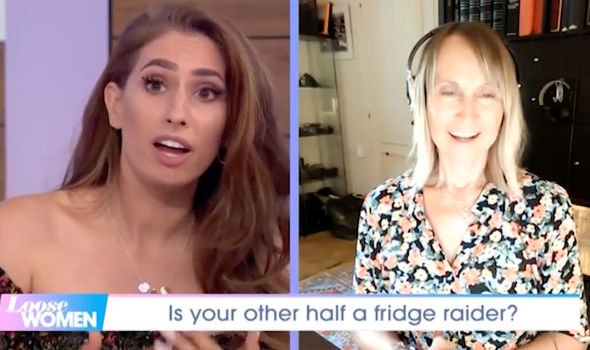 The mum-of-three continued: “And it makes me so angry because I order it and I want the whole thing, and it’s not because I’m selfish.

“I genuinely just want to eat the meal that I’ve ordered.”

“He thinks it’s a sharing platter – and it’s just not,” she added. 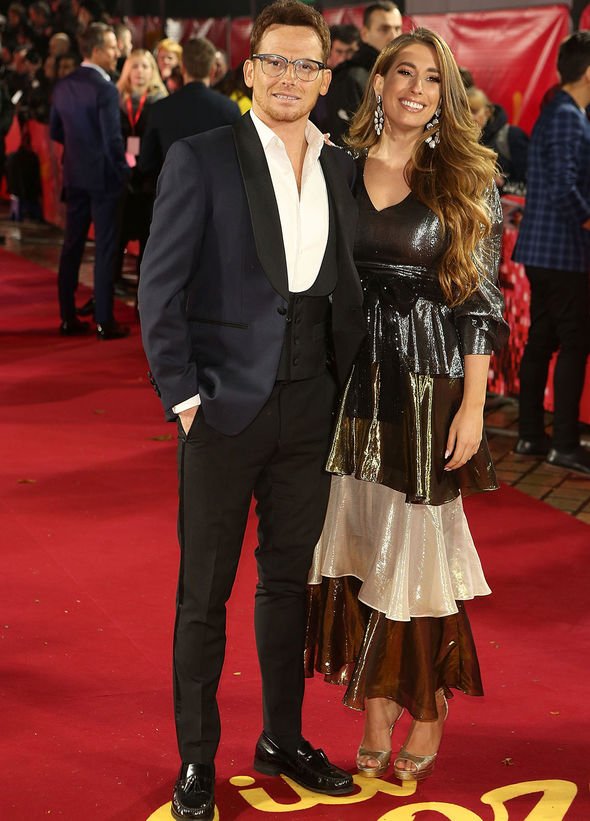 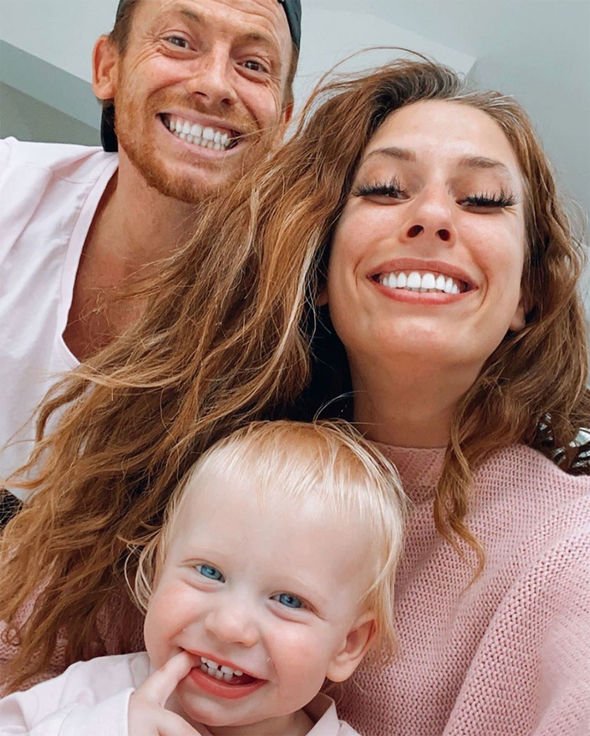 She agreed and jokingly told the former X Factor contestant: “That’s what it is. It’s not a sharing platter – it’s a one person starter.”

Stacey and Joe are often seen tucking into takeaways while they watch the latest TV shows for Channel 4’s Celebrity Gogglebox.

However, the pair’s recent dinner of choice on the programme caused an awkward mishap when Stacey’s pet dog Theo rushed to grab a piece of pepperoni, which dropped from Joe’s pizza.

The pizza topping landed in between the Dancing on Ice winner’s legs, which led the pooch to bite him by mistake.

He exclaimed on the show: “Ouch! It just bit me on the f***ing gooch – get her away from me please!”

Stacey didn’t seem to concerned by her boyfriend’s issue, as she quipped in response: “She wasn’t going for your ‘gooch’, trust me, no-one would want that. You dropped a peperami.”

Joe then fumed: “You say things like it’s my fault! I drop something, your dog bites me.

“Course it’s my fault your dog just bit me on the bum!”

“She went for the meat, it is your fault,” Stacey mischievously replied.

Elsewhere, Stacey opened up about being subjected to backlash from some social media users who try to mum-shame her for the way she parents her three children.

The star, who shares her one-year-old son Rex with boyfriend Joe, and also has Zachary, 12, and Leighton, eight, from previous relationships, said she sometimes receives “unsolicited advice” from critics online.

Speaking as part of a new Love Don’t Judge campaign for C&G Baby Club, which aims to put an end to parental judgment, Stacey said: “When you become a parent in general, there’s lots of people that will judge the decisions you make based on parenting.

A tribute to struggle for Independence in undivided Punjab
Celebrity News

Kailyn Lowry Admits: I Nearly Aborted My 4th Baby!
We and our partners use cookies on this site to improve our service, perform analytics, personalize advertising, measure advertising performance, and remember website preferences.Ok