‘The View’ co-hosts Sunny Hostin and Ana Navarro were asked to leave the Hot Topics table after testing positive for COVID, just before VP Kamala Harris was set to come out for an interview.

The View co-hosts Sunny Hostin, 52, and Ana Navarro, 49, tested positive for COVID, and were forced to abruptly leave the set of the daytime talk show on Friday’s live episode. The two ladies, along with fellow co-hosts Joy Behar, 78, and Sara Haines, 44, were seated at the Hot Topics table ahead of their interview with Vice President Kamala Harris, 56, when suddenly, producers asked both of them to leave. “I need the two of you to step off for a second,” executive producer Brian Telta told Sunny and Ana, who both looked understandably perplexed as they walked off set.

After Brian told the ladies, “we’re gonna bring you back later,” Joy asked producers if she should introduce Kamala for the next segment. They initially told Joy yes, but then backtracked and the show cut to commercial. When the show came back, Joy offered an explanation regarding Sunny and Ana’s sudden exits.

“What happened is Sunny and Ana both apparently tested positive for COVID. No matter how hard we try, these things happen. They probably have a breakthrough case and they’ll be okay, I’m sure, because they’re both vaccinated.” Because of the health incident, Kamala did not come out on stage, but did speak to Joy and Sara via remote call from backstage on set. Co-host Whoopi Goldberg, 65, was not at Friday’s show. 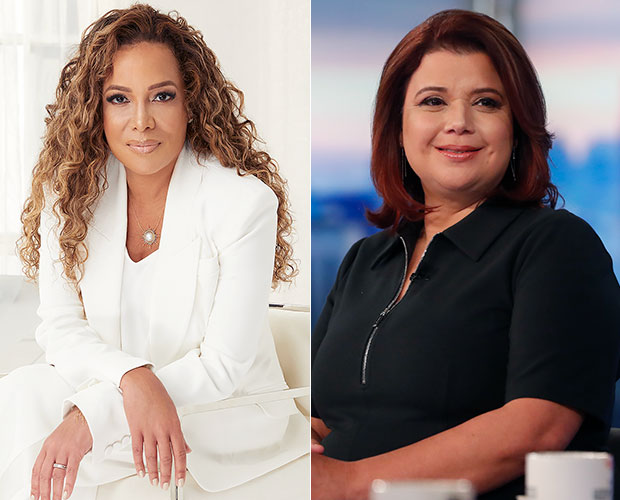