Peter Jackson’s mesmerizing Disney+ documentary The Beatles: Get Back was supposed to be a six-hour immersion into the recording of Let It Be and the last live concert by rock music’s most famous band before they split up and headed toward solo careers.

But what was a final-cut director and bona fide Beatles fan to do when he was given access to the 60 hours of raw footage that Michael Lindsay-Hogg shot back in 1969, and twice that many audio recordings? Jackson found previously unseen treasures that ranged from the moment classic songs like “Get Back” and “Let It Be” were born, to a moment when George Harrison briefly quit the band to discovering the reason why the Beatles really broke up (it had nothing to do with Yoko Ono). And even mundane moments like bantering and horseplay among mates Paul McCartney, John Lennon, George Harrison and Ringo Starr. 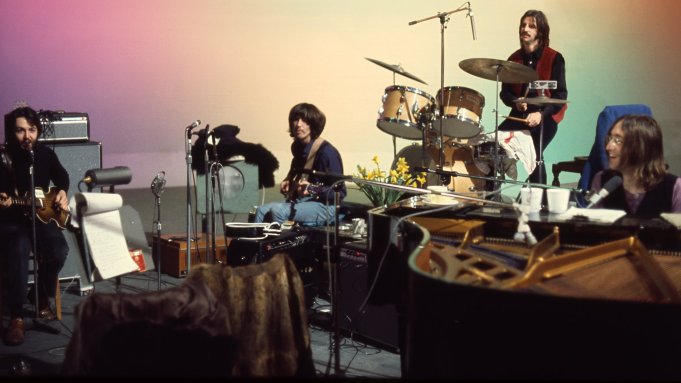 “They have individual passions,” Jackson said, “but they want to be the pre-famous Beatles.”

Jackson turned in a cut that was 90 minutes longer than agreed upon, and even he said he was surprised when no one even raised an eyebrow or questioned it.

“Looking at seven or eight hours of footage each day that will be reduced to three minutes for the movie … we were able to include things in the film that we thought were important, but there’s wonderful stuff that we couldn’t include,” the filmmaker said. “I made sure that the historically important things were in there.”

He also cut the famous rooftop concert into a separate Imax film, and he is now talking to surviving Beatles Paul McCartney and Ringo Starr about another secret project involving the Beatles.

The director behind The Lord of the Rings and The Hobbit series describes his love labor that more than honors the memory of the Beatles; it presses into the history books a definitive document of a band that helped change the world.

“Fifty-two years after they broke up, 67 hours of footage seemingly comes out of nowhere,” Jackson said. “The biggest band in the world – it still makes me smile.”

Get Back is nominated for five Emmy Awards.

Check back Monday for the panel video.