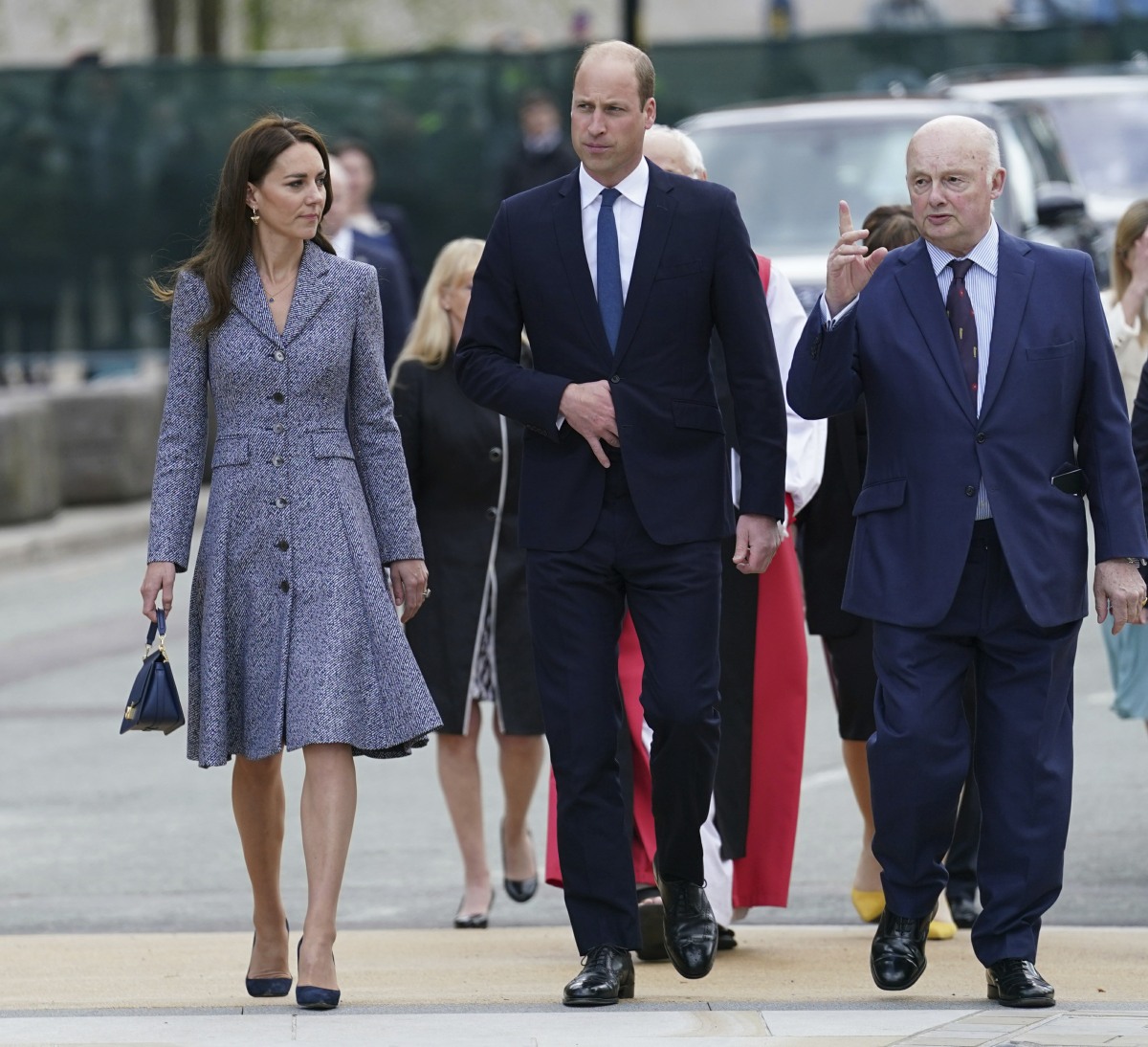 Well, this was a quick turnaround for Prince William. Poor sausage had TWO events in one day and they weren’t even in the same city. This morning, William attended the State Opening of Parliament, standing behind (in order) the Marquess of Cholmondeley (aka Rose Hanbury’s husband), Prince Charles and the Duchess of Cornwall. William sat off to the side as Charles performed “the Queen’s speech” for the opening. Then William hopped on a plane or helicopter (probably a helicopter) with Kate and headed off to Manchester.

What was in Manchester? William and Kate went to The Glade of Light Memorial Garden to honor the victims of the 2017 Manchester Arena terrorist attack. That was the awful bombing and attack on little girls at the Ariana Grande concert. It’s been five years. The Glade of Light Memorial Garden has been open since January, so this was not really “the opening” of the memorial. Still, I’m glad William and Kate were sent to (sort of) mark the anniversary (which was actually May 22, 2017).

Kate’s coatdress is Michael Kors and it’s a repeat. She’s reworn this coat several times for some reason. Given the event… I would have thought a darker color? It doesn’t have to be a mournful black, but a dark navy would have worked well here. And lord knows, she easily has 50 navy coats. She does this a lot, she wears lighter colors – even bright colors – to solemn occasions. I’ll never forget when she wore hot pink to the 9/11 Memorial. 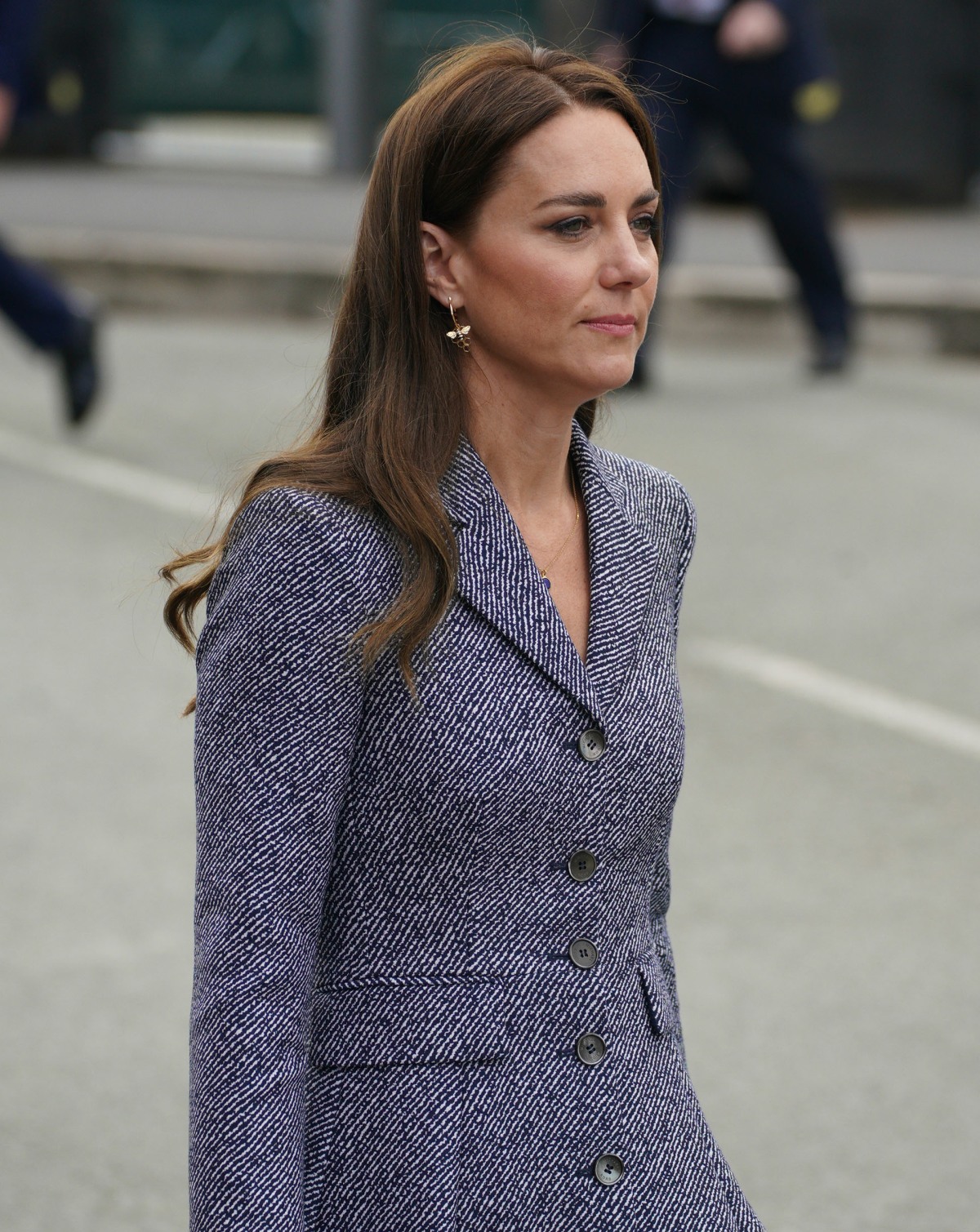 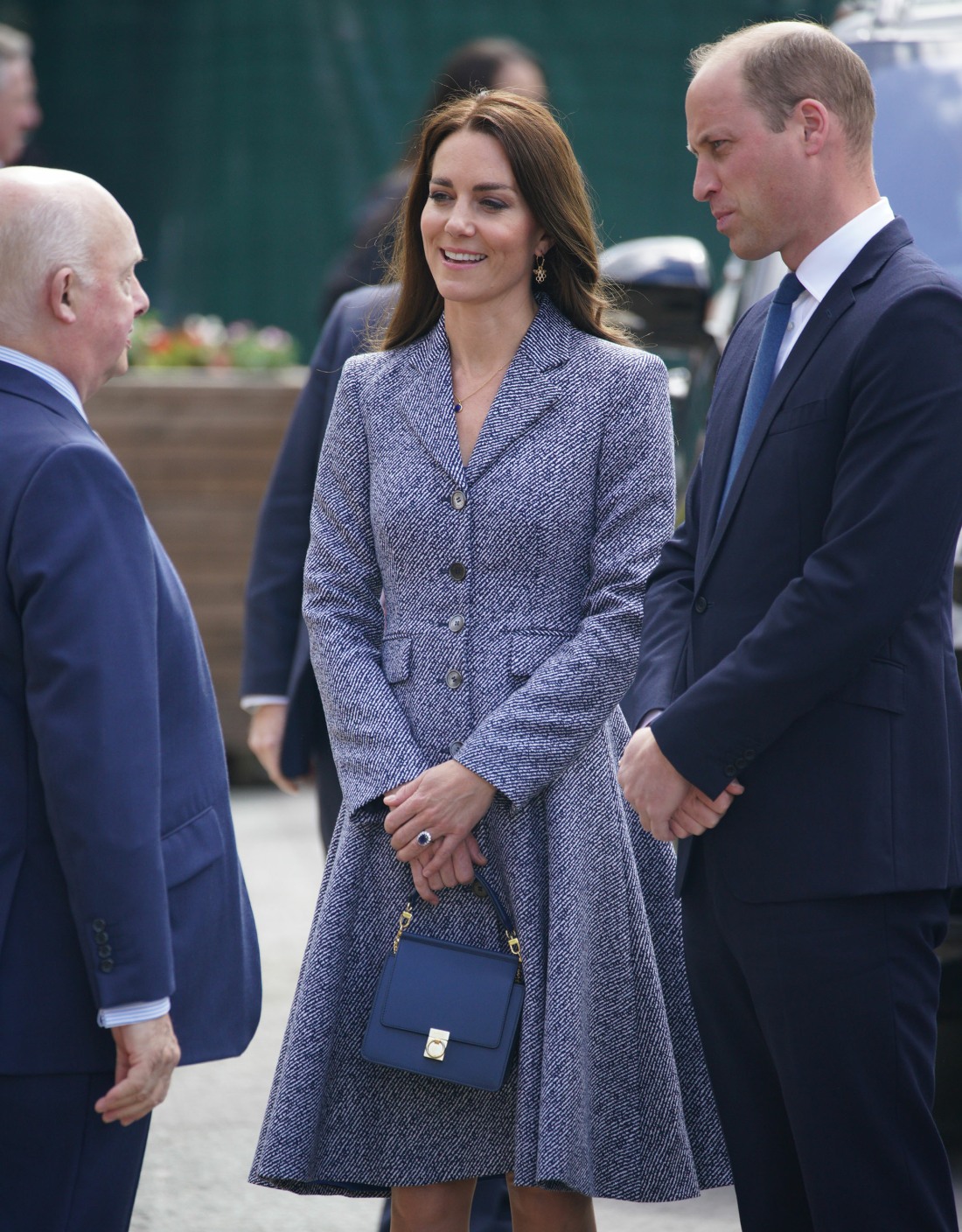 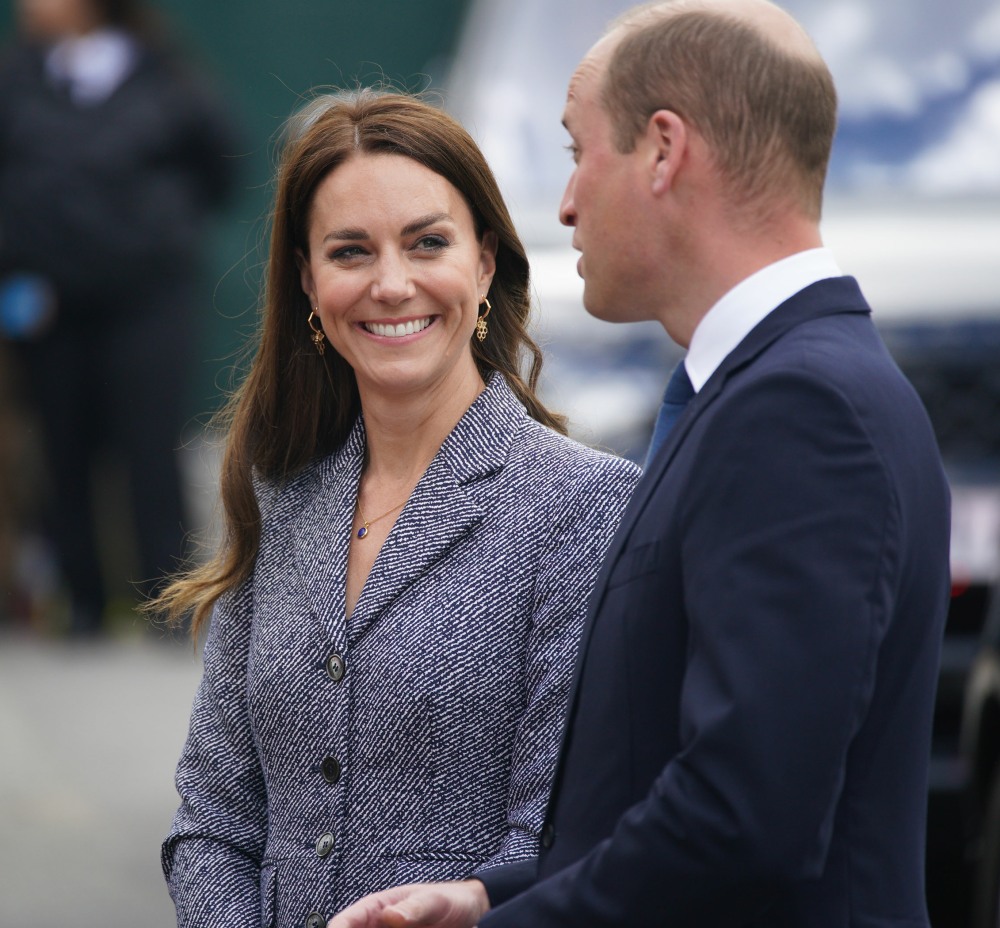 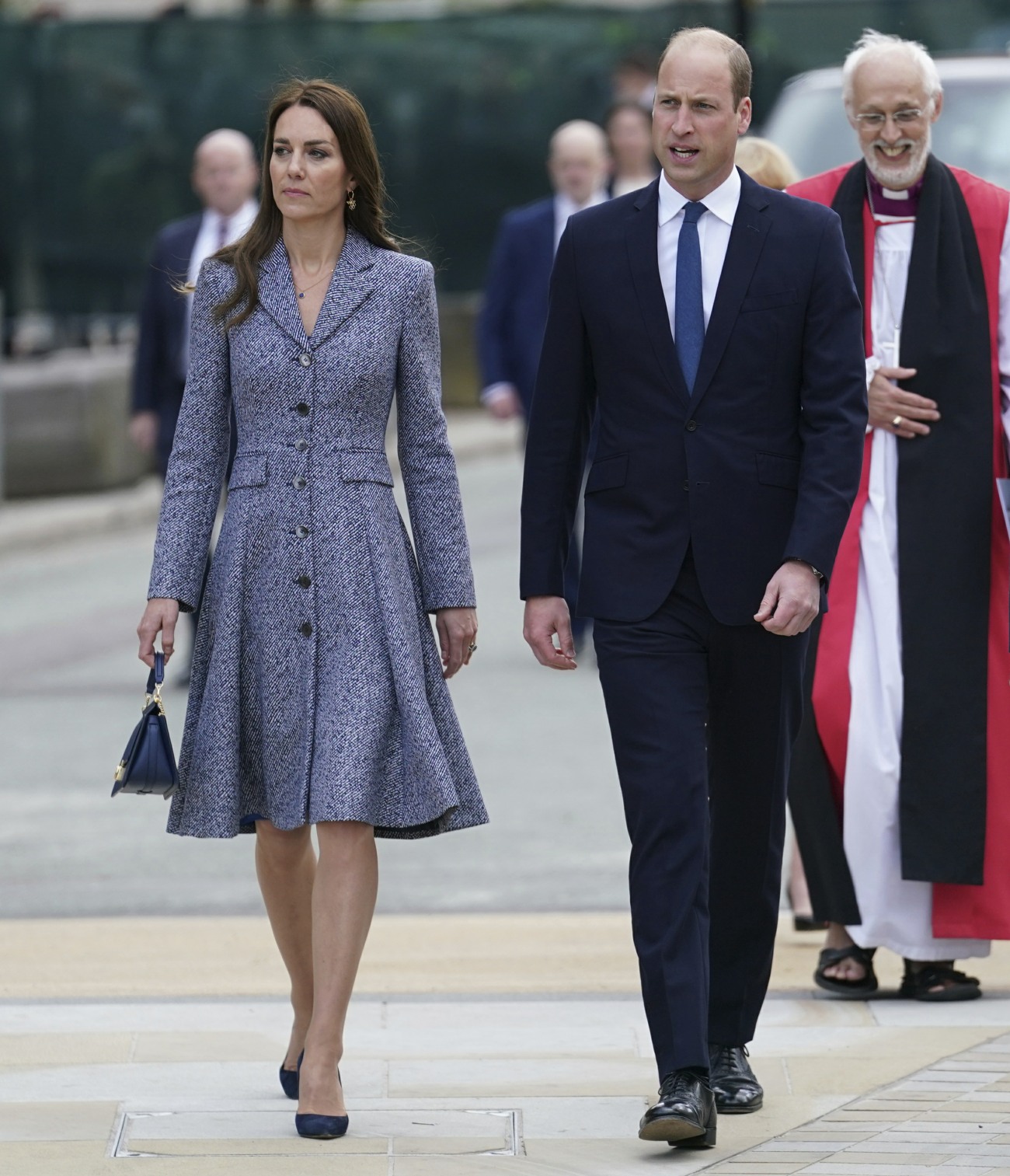