Netflix drama The Crown has been accused of ‘muckraking’ for portraying Princess Anne as a man-eater – and heavily hinting at the Queen having an affair.

The upcoming third series includes an episode where Princess Anne wears frilly black lingerie in bed as her then boyfriend Andrew Parker Bowles walks around bare-chested and declares: ‘That was fun.’

Anne, played by Erin Doherty, 27, agrees and the pair get back into bed. The scene supposedly takes place in the early 1970s before Army officer Parker Bowles married Camilla – who dated Prince Charles around the same time. 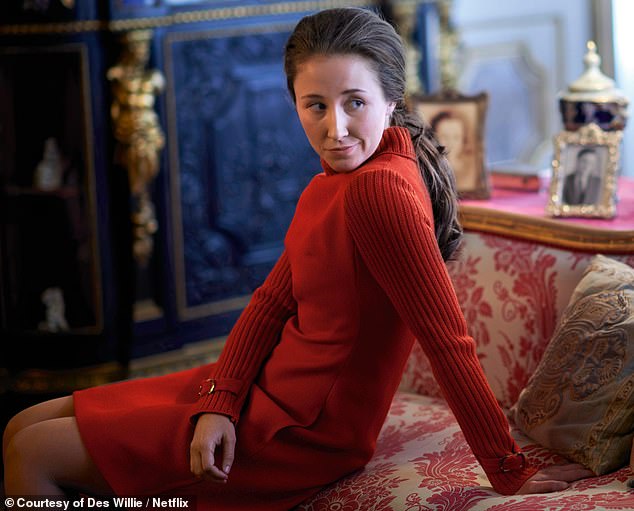 TV portrayal: Erin Doherty as Anne in The Crown. The series returns to Netflix next Sunday with a new cast

Other scenes indicate a secret romance between the Queen and her horse racing manager Lord Porchester – angering Prince Philip.

The series returns to Netflix next Sunday with a new cast as it moves the story on to the turbulent world of the 1960s and 70s. The show’s creator Peter Morgan, 56, has included several racier moments likely to get viewers’ pulses racing.

The Queen – played by Oscar winner Olivia Colman – is hinted at having a romance with Lord Porchester who she affectionately calls ‘Porchie’. 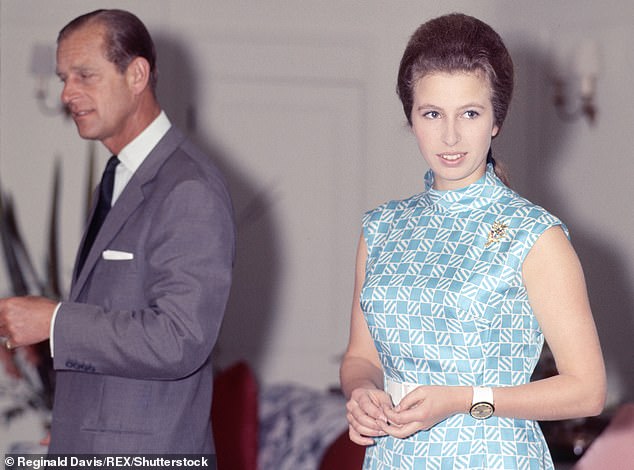 In one episode, Prince Philip becomes suspicious over her month-long visit to stud farms in France and the US with Porchie and questions her when she returns.

A frosty encounter set in Buckingham Palace sees her snapping back in irritation: ‘If you have something to say, say it now. Otherwise, if you don’t mind, I’m busy.’

Mr Arbiter, 79, told the Sunday Times: ‘This is very distasteful and totally unfounded. The Queen is the last person in the world to have ever considered looking at another man.’

He added: ‘Not only is this muckraking, this is gossip that’s been washing around for decades. It’s got absolutely no substance.’ There has never been any evidence that the Queen and Lord Porchester – who she remained close to until his death in 2001 – were anything more than friends. 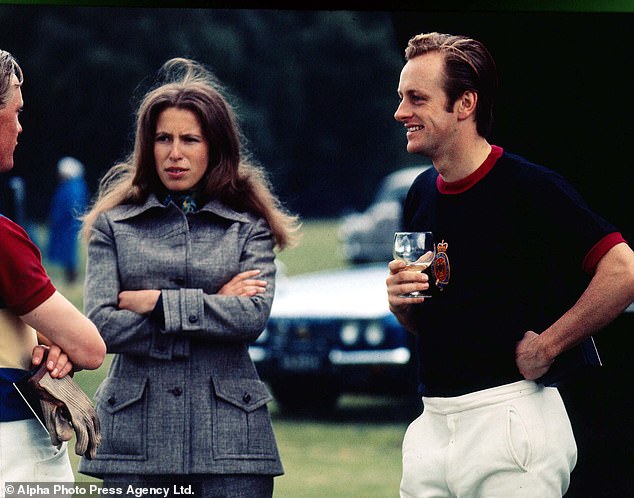 Mr Arbiter said the show’s writer Morgan had a habit of ‘beefing up’ scripts. He added: ‘The Crown is fiction. No one knows [about] any conversation between members of the Royal Family, but people will tell the story they want to and sensationalise it’.

The show’s fondness for marital conflicts and bedroom antics within the Royal Family has come in for criticism before. Historian and royal biographer Hugo Vickers complained the first series was let down by ‘some quite remarkable lapses into vulgarity’.

This had ‘earned’ him the right to include ‘a bit of sex, a bit of playfulness’, he told the New York Times. He has also insisted that he was ‘absolutely fastidious about there being an underlying truth’.