Alex Rodriguez appears to be getting back out there following his split from Jennifer Lopez. The former New York Yankees slugger has been spotted out and about in Miami and more recently, living his best life in the Hamptons, according to Page Six. Rodriguez reportedly rented a mansion in Bridgehampton, New York, for the summer, and he is looking to purchase a place of his own. Of course, the Hamptons is the place to be in the summer months, just ask the “Real Housewives of New York”!

And if you’re wondering what a single father of two might do in the Hamptons, well, Rodriguez can tell you all about it. According to Page Six, A-Rod was spotted dining at Le Bilboquet, a posh eatery in Sag Harbor, on June 18. A-Rod brought some friends along for the outing, and even sparked romance rumors. “Alex had a long dinner on Friday with two women and his nephew Nick Silva. A very attractive brunette at his table turned some heads at the packed restaurant, with some wondering if she was Alex’s new girlfriend,” a source told the outlet.

No further word on who the “attractive brunette” might have been, but Rodriguez sparked more rumors when Page Six caught him with Lindsay Shookus the very next night. Does that name look familiar? Shookus is Ben Affleck’s ex-girlfriend. Yes, the same Ben Affleck that is dating A-Rod’s ex, Jennifer Lopez. Keep reading to find out what’s really going on between Rodriguez and Shookus.

Alex Rodriguez and Lindsay Shookus have known each other '15 years,' rep says 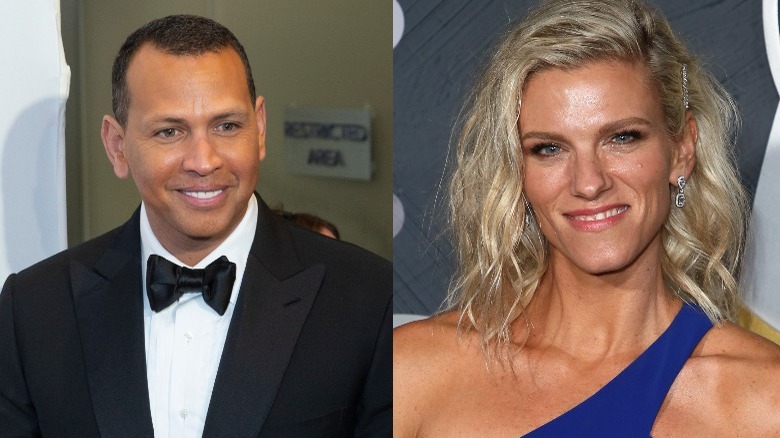 According to Page Six, Alex Rodriguez and Lindsay Shookus were seated next to each other at “an intimate backyard gathering in the Hamptons.” The occasion? Shookus’ birthday. And while A-Rod hanging out with Ben Affleck’s ex-girlfriend is definitely attention grabbing, a rep for Rodriguez told the outlet that there’s nothing romantic between them. “There is absolutely zero there. They’ve been friends for 15 years,” the rep said. And, if you’re not buying this for whatever reason, the outlet also points out that Shookus joined A-Rod and Jennifer Lopez for dinner in 2020. Of course, friendships can always turn into something more, right?!

Shookus and Affleck ended their relationship two years ago. They dated for a couple of years, first going public in London in July 2017, according to Us Weekly, but they eventually called it quits for good, in April 2019, according to Entertainment Tonight. “The distance was definitely a huge factor in their breakup. They both have a lot of love for each other but ultimately they realized it was not going to work,” a source told the outlet at the time. So, nothing to see here, folks. Nothing yet.