“Bling Empire” became a huge hit when Season 1 debuted on Netflix in January 2021. The glamorous reality show follows the lives of a group of super rich East Asian and East Asian-Americans in Los Angeles, showcasing all the drama that comes with social status and splashing the serious cash. And we mean serious cash.

Fans were transfixed with the peek into the highs, lows, and lavish lifestyles of the rich and famous, so much so that Netflix confirmed in March that “Bling Empire” will be returning for a second season.

Most of the cast seemed pretty excited about coming back for more, including Kevin Taejin Kreider, who had some big ideas on what could happen long before the show was officially renewed by the streaming service. He suggested the cast could take a trip to South Korea next season, telling Entertainment Tonight in January, “I think it could be a good cultural experience, because I think Kane [Lim] always pushes me to be more Korean.'”

Kevin, Kane, Kim Lee, Christine and Gabriel Chiu, Kelly Mi Li, Anna Shay, Chèrie Chan, Jessey Lee, Andrew Gray, and Jaime Xie rounded out the cast for the initial eight episodes, but fans may be sad to know that two original stars have revealed they won’t be back for more drama.

Read on to find out who’s leaving the cast and why. 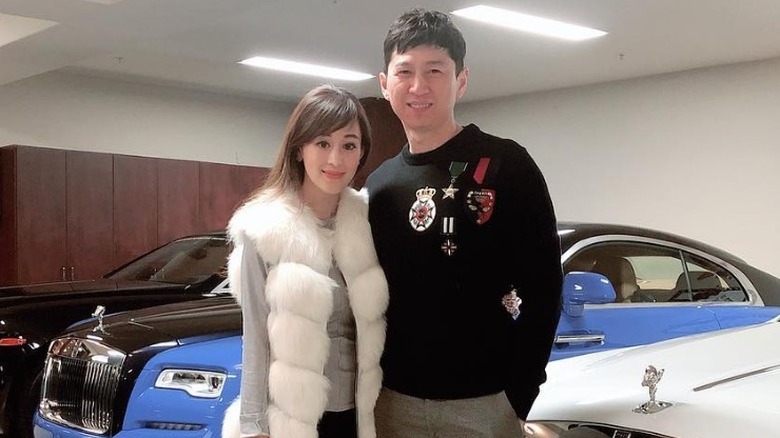 It’s time for “Bling Empire” fans to say goodbye to Chèrie Chan and Jessey Lee, as the couple have confirmed they will not be participating in Season 2 of the Netflix hit. Why? Well, the twosome revealed to TMZ that they wanted to step back and “focus on their family, business and other endeavors.”

As fans will remember, Chèrie and Jessey got engaged during the Season 1 finale and share two children together as well as juggling their busy careers, so we’re guessing they’ve got plenty on their plates right now.

The couple first hinted they may not return to the show back in February when Chèrie told The U.S. Sun that they “don’t know” about Season 2 “just because it’s so different for us.” However, she added she and Jessey “should be back” but wasn’t so sure about the idea of having their children grow up on camera.

“It’s tough. As a mom I’m really worried about the kids… It’s great, but it comes with a lot of mom wanting to protect her child. I had no idea it was going to be this big!” she said at the time.

While we’re definitely disappointed by Chèrie and Jessey’s departure, if Season 1 was anything to go by, there’s sure to still be plenty of drama to keep us hooked when “Bling Empire” Season 2 hits our screens.