The passing out parade was followed by a commissioning and an oath taking ceremony for the newly commissioned officers. 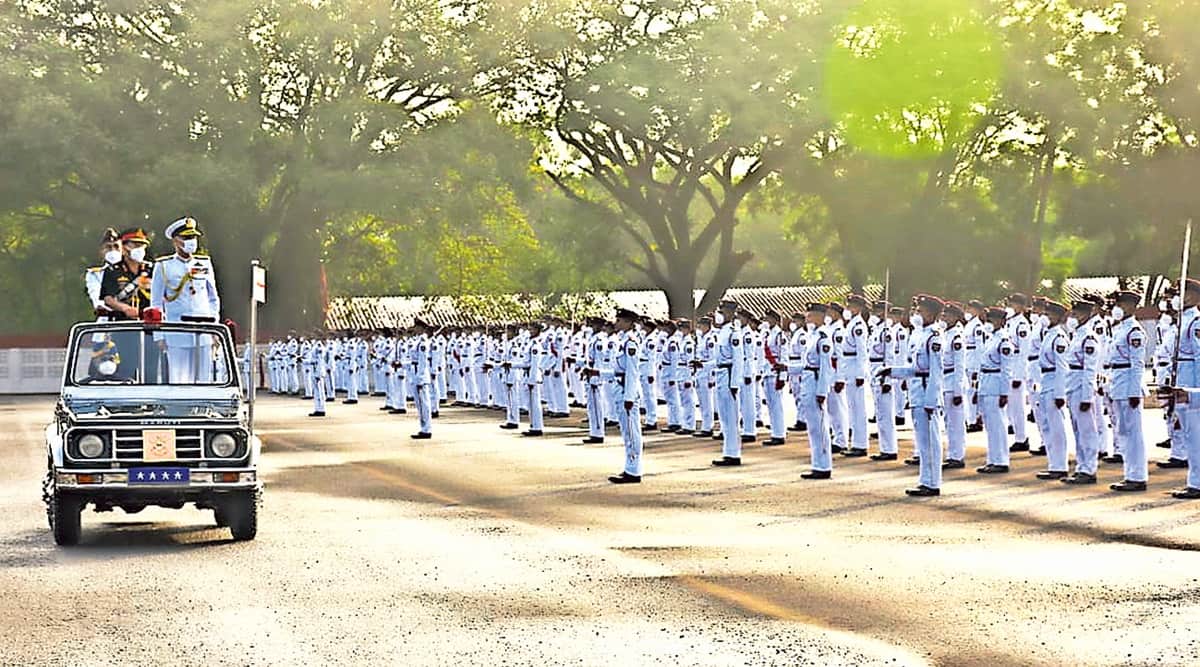 The Passing out Parade of the Cadets of the Technical Entry Scheme’s 37th Course at the Cadets Training Wing (CTW) of the College of Military Engineering (CME) in Pune was held on Saturday. The parade was reviewed by CME Commandant Lieutenant General PP Malhotra. Thirty-three Gentlemen Cadets of the course, including three gentlemen cadets from Bhutan and two from Sri Lanka, were commissioned as officers.

Though parents of the passing out cadets could not attend the ceremony due to Covid-19 safety norms, the parade was streamed live on YouTube. Lt Gen Malhotra presented awards to the Gentlemen Cadets for excellence in training. The parade, conducted with traditional military regalia, was commanded by Wing Cadet Captain Abhishek Chauhan.

Echo Platoon was awarded the General Officer Commanding in Chief’s Banner for outstanding performance in the interplatoon competitions.

Addressing the parade, Lt Gen Malhotra congratulated the cadets for their performance in the training period at the wing and their parade.

The passing out parade was followed by a commissioning and an oath taking ceremony for the newly commissioned officers.