AAP state president Bhagwant Mann said that only those who had an excessive burden upon their shoulders required advisers. 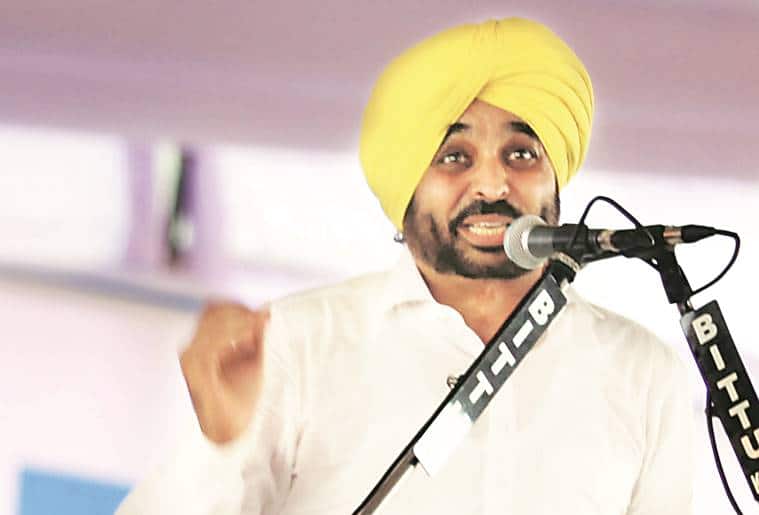 AAP AND Akali Dal on Tuesday hit out at the state’s Congress government for the appointment of six Congress MLAs as advisers to CM Amarinder Singh describing the decision as plunder of public money.

In a statement, AAP state president Bhagwant Mann said that while unemployed youths were forced to mount water tanks demanding employment, public money was being squandered for petty political ends. He added that children from poor and Dalit families at Anganwadi centers were deprived of ‘daliya-roti’ for more than two months now, while the elderly, widows and the physically-challenged were awaiting Rs 2500 pension.

Taking a swipe at Captain Amarinder Singh, Mann said that only those who had an excessive burden upon their shoulders required advisers and not those who had no work. “In the political history of the state, Captain Amarinder Singh is the only Chief Minister without work,” he said. He accused Amarinder of splurging huge amounts under the guise of appointing political advisers to high Cabinet ranks, apparently to diffuse the brewing discontent among his own party MLAs and ministers. Mann demanded that the Congress government should immediately review the decision.

The Shiromani Akali Dal too “condemned the Congress government for “burdening the state exchequer with the appointment of six legislators as advisers in the rank of ministers at a time when it was unable to give mid day meals, SC scholarships, social welfare benefits, sugarcane dues, DA allowance or even release money for the flood hit or for celebrating the 550th Parkash Purb of Sri Guru Nanak”.

Addressing a press conference here, former minister Bikram Singh Majithia said: “It seems the Congress is only fixed on saving its government from immediate collapse and has in this process even decided to fritter away the scarce resources of the State to its party men. This amounts to day light robbery of the state exchequer.”

Coronavirus fallout: Luxury cruise with more than 5000 onboard quarantined in Shenzhen
India News