District collectors have been advised towards ensuring they vaccinate all those people in places like Tiruvannamalai, Nagore, Velankanni, Rameswaram by the end of July. 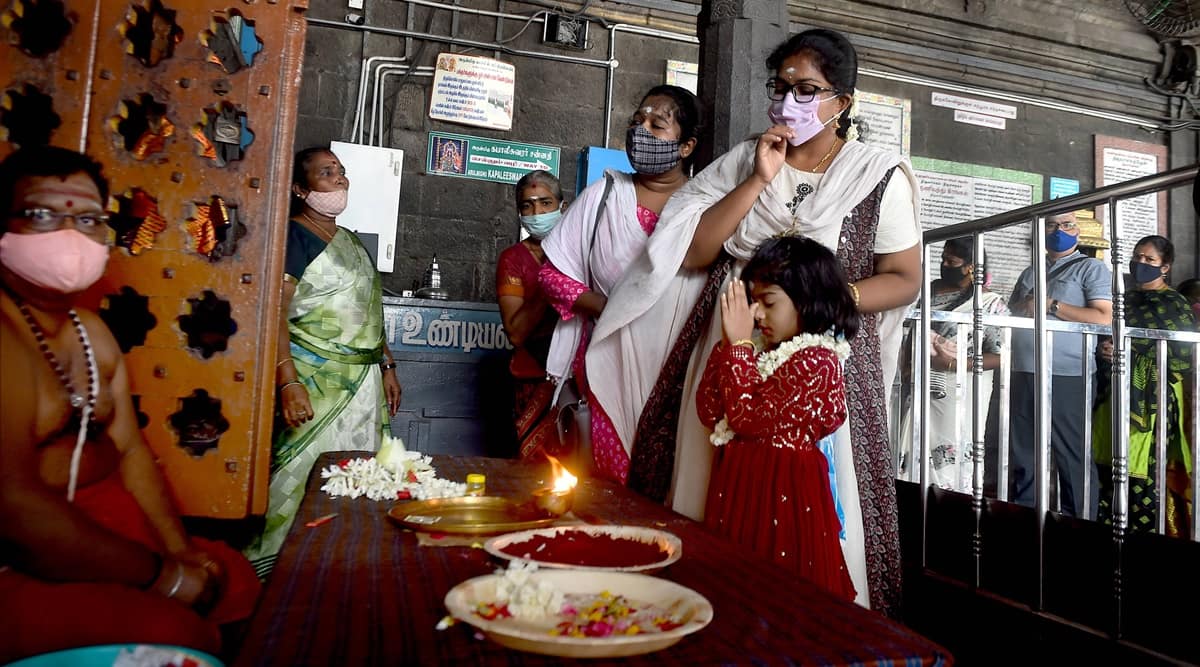 The Tamil Nadu government has advised district collectors of popular pilgrimage centres to ensure that all the people in the region were fully vaccinated by the month-end, state minister Ma Subramanian said on Sunday.

Speaking after inaugurating a vaccination camp in Chennai, he said the initiative to vaccinate all those living in popular pilgrimage centres and tourist destinations follows the government’s earlier measures to focus on segments of people like lactating mothers, disabled persons and traders.

“District collectors have been advised towards ensuring they vaccinate all those people in places like Tiruvannamalai, Nagore, Velankanni, Rameswaram by the end of July,” he told reporters.

Subramanian said the government had already vaccinated one hundred per cent of tribal people living in the Nilgiris district, tea estate workers and also those in Kattur panchayat in Tiruvarur district.

Subramanian also took a dig at the previous AIADMK regime for covering less number of people to vaccinate on a daily basis.

During the AIADMK rule, in a single day 61,000 people were vaccinated as against the current trend of 1,61,297 getting the jabs, he said.

He also flayed BJP leader Kushboo for her comments to a television channel that the state government wasted five lakh vaccines in June.

“She has made false claims that the government wasted five lakh doses in June. It was during the AIADMK period more than three lakh doses i.e. about six per cent of vaccines have got wasted,” he said.

Elaborating, he said soon after M K Stalin assumed office as chief minister (on May 7), the DMK government provided proper training and guidance to doctors and nurses on how to handle the vaccines and how to hold the vaccination camps.

“On account of this, seven lakh vaccines were saved in the last two months,” he pointed out.

“With the three lakh doses that got wasted in former AIADMK rule, we have managed to save seven lakh vials. Even during the recent virtual interaction of Prime Minister (Narendra Modi) with chief ministers, union health minister (Mansukh Mandaviya) praised the state government on handling the vaccines and also in vaccinating people”, he said.

“The children were treated at government hospitals and the good news is that all the children fully recovered and got discharged,” he said.

About fears that the children might have contracted the ‘COVID-19 Delta Plus variant’, Subramanian said test samples have confirmed that they have contracted only the ‘Delta’ variant of coronavirus.

The Minister also slammed the previous AIADMK government for not taking any measures to vaccinate the children with “pneumococcal vaccine”, though the Centre had launched it under the National Vaccine Programme, two years ago.

“The pneumococcal vaccine is being implemented in 21 states (across the country) and it protects children below the age of five years from pneumonia and brain fever. The previous government had not taken any steps to vaccinate children,” he claimed.

In Tamil Nadu, there was a situation where the parents had to visit private healthcare facilities to get their wards vaccinated.

“The children should receive three doses of vaccine and people need to pay about Rs 4,000 to Rs 12,000 per dose at private healthcare facilities. However, as per the Chief Minister’s advice steps have been taken up to inoculate 9.23 lakh children in Tamil Nadu,” he said.

Last week, a pneumococcal vaccine programme by the health department commenced in Poonamallee and gradually it would be extended to other places towards ensuring that all the children under the age of five years are covered, he said.