Parents in schools that The Indian Express visited said they found the PTMs to be useful to keep a track on the progress of their children, but some said it was difficult to attend. 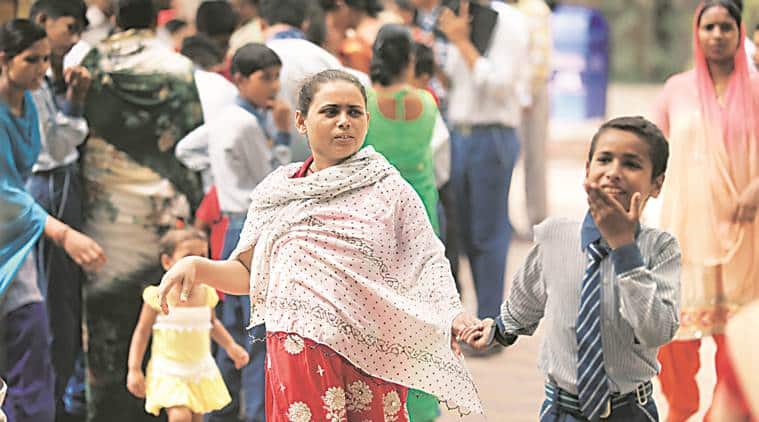 Three months after it was postponed due to the election office’s intervention, a mega parent-teacher meeting (PTM) was held across all Delhi government schools Friday.

In addition to helping parents keep track of their children’s academic improvements, school officials said the meeting allowed teachers to tell them about several changes in the schools — including the no-detention policy, CBSE’s promotion rules and examination patterns, as well as the Happiness and Entrepreneurship curricula.

The event was initially scheduled to be held in April but was postponed indefinitely after the chief election commissioner intervened, following a complaint by the BJP which had alleged that the meetings can be used as an opportunity by the Aam Aadmi Party to spread election-related messages.

Parents in schools that The Indian Express visited said they found the PTMs to be useful to keep a track on the progress of their children, but some said it was difficult to attend.

Rajkumari, whose daughter studies in class X in Kalkaji, said her husband could not miss a day of work. “I come to meetings rarely because our home is a little far from the school and I need to take care of my other children too. But teachers have asked me to visit regularly to help my daughter with her studies,” she said.

The principal of a senior secondary school in New Ashok Nagar said that getting parents to attend meetings can be challenging. “Parents working as labourers find it difficult to make it, which is why the turnout tends to be a little low. It’s mostly mothers who attend the meetings,” he said.

(The writers are interns with The Indian Express)