The slogan of the campaign, which will continue till December 10, is “Ek Pariwar, Naye Sadasya Chaar [One family, four new members]”. 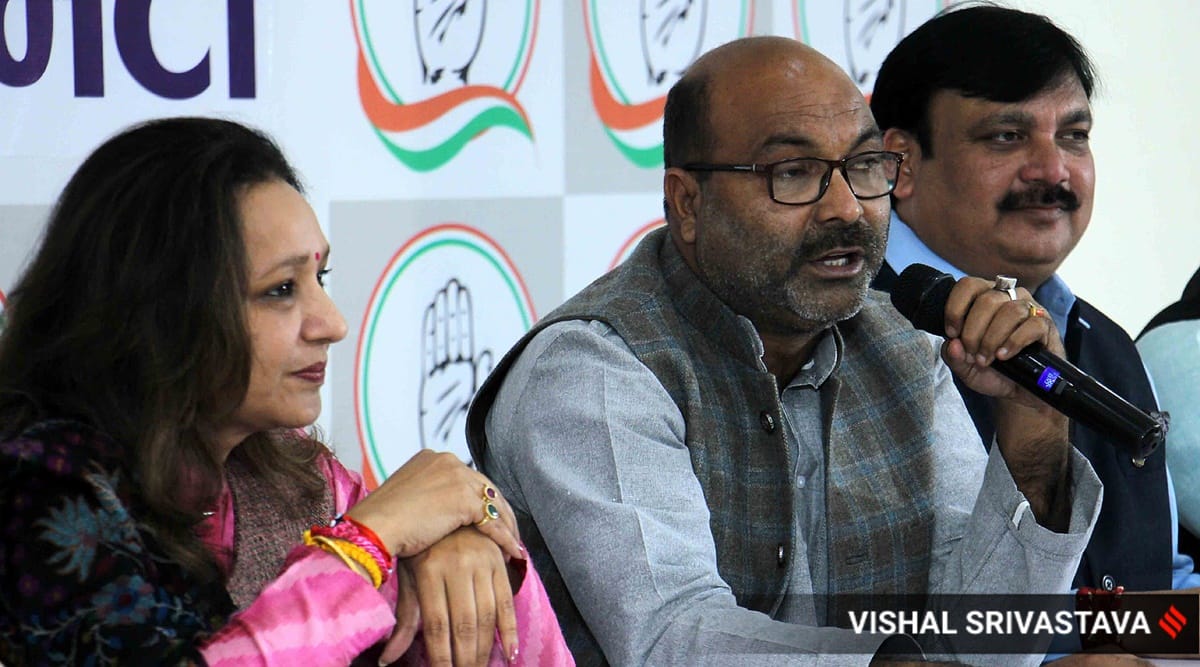 The Uttar Pradesh unit of the Congress on Wednesday announced a 15-day membership drive from Constitution Day (November 26) with the aim of adding one crore new members to the party. The slogan of the campaign, which will continue till December 10, is “Ek Pariwar, Naye Sadasya Chaar [One family, four new members]”.

At a press conference, state Congress president Ajay Kumar Lallu said people could give a missed call at 8230005000 to become a party member. The party will put up canopies at prominent markets, bus stops, and railway stations as part of the membership drive. Congress workers will talk to people about the party’s electoral promises for women and girls, including reservation of 40 per cent of Assembly elections tickets, and electric scooties and smartphones for girls who clear the Class 12 exams. The party will also put up posters of its “Ladki hoon, lad sakti hoon [I am a girl, and I can fight]” campaign in front of women’s and girls’ colleges and universities.

The party has also decided to organise “Bhim Charcha [discussions]” during the drive to attract the votes of people from Dalit and Other Backward Class (OBC) communities. The initiative is named after Dr BR Ambedkar, the chief architect of the Constitution. At the discussions, party leaders and workers will talk about Ambedkar’s contributions. The Congress will also include “ratri bhoj [night feasts]” in villages and wards.

Lallu told the media that five-member teams would be formed in every Vidhan Sabha, Nyaya Panchayat and ward, and one person would be placed in charge of these teams.